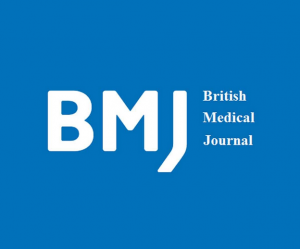 LONDON — The British Medical Journal (BMJ Global Health) published a study in April entitled “Why have so many African leaders died of COVID-19?” University of Edinburgh (Scotland) researchers found that 24 national government ministers and heads of state died of COVID-19 between February 6, 2020 and February 6, 2021. This demographic died of COVID-19 at a rate “seven times above estimates of the world’s average for a demographic profile of similar sex and age average for the same period,” according to the study.

Seventeen (17) of the 24 deaths were African ministers and heads of state. Researchers blamed several factors on this unusual trend, including low-quality healthcare, comorbidities, and higher overall mortality rates across the continent. They drew one more interesting conclusion about this strange phenomenon:

“…the COVID-19-related deaths have been associated with substantial changes in public health policy in cases where the response to the pandemic had initially been contested or minimal. Ministerial deaths may also result in a reconfiguration of political leadership, but we do not expect a wave of younger and more gender representative replacements.”

Note that the following article is not defending or speculating about any of these men’s politics. We also make no assumptions about how these premieres were perceived by the people of their countries. We are simply reporting more COVID-19 “coincidences.” Mainstream media often speak of political unrest, human rights violations and rigged elections across the African continent. The United States is guilty of all those things, thus is in no position to judge any other country.

That all said, the focus here is on three of these deaths among world leaders. 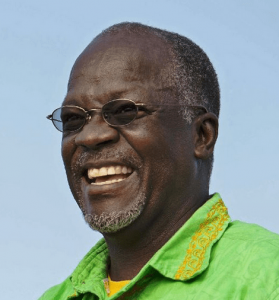 We wrote about the highly-mysterious death of Tanzania President John Magufuli in March. He exposed PCR testing as it relates to COVID-19 as a complete fraud. He sent PCR samples from a goat and a paw paw fruit to a lab. Both of them tested positive for COVID-19. President Magufuli had a deep distrust of foreign aid and rejected PCR tests and other COVID mandates.

The BMJ study mentions President Magufuli. But it’s unclear if he is one of the 17 African leaders that the study highlights since he died on March 17. The study says it tracked deaths from February 2020 to February 2021. Regardless, he was replaced by now President Samia Suluhu Hassan. Everyone, including this blog, figured she would carry out the wishes of big pharma as she is an associate with the World Economic Forum.

President Hassan said she will make vaccines available, but only for those who are willing and volunteer for the injections. U.S. officials quickly pounced and said they would assist in the effort. The country applied to the COVAX initiative and is expected to receive the experimental injections by December. The Tanzanian government also announced that it would produce vaccines locally. Zanzibar, the semi-autonomous island off the coast of Tanzania, started administering the China-made Sinovac injections last week. 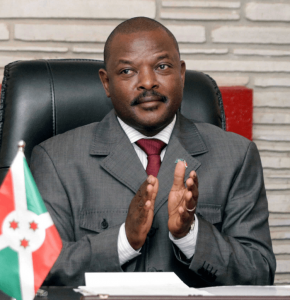 Burundi reported a total of 27 cases of COVID-19 and one death in May 2020. It had also only performed 527 PCR tests at the time, according to the African Centers for Disease Control. President Pierre Nkurunziza’s philosophy was simple: the less PCR tests, the less alleged COVID-19 infections. An official Presidential statement from March 25, 2020 made clear how President Nkurunziza would tackle COVID-19:

Burundi does not have exceptional expertise in the prevention and control of the Corona virus compared to other countries where this Virus is already reported, only the grace of God has protected Burundi.

The country instituted no lockdowns and no mask mandates.

President Nkurunziza expelled the World Health Organization (WHO) from his country on May 14, 2020. The WHO continually meddled in the country’s affairs and President Nkurunziza intervened. Burundi held its Presidential Election on May 20, 2020. Évariste Ndayishimiye won the election with 68% of the vote. He will serve a seven-year term.

Despite stepping down as President, Nkurunziza was named the “Supreme Guide of Patriotism” for Burundi three months earlier. The position gives him a certain level of influence over the country without being President. President-elect Ndayishimiye was scheduled to be sworn in on August 20. But President Nkurunziza suddenly died on June 8. He was 55. Mainstream media created the narrative that he died of COVID-19.

But the top comments on the above video, from Burundi citizens, tell the real story.

President Ndayishimiye was sworn in on June 18 as a result. The COVID colonizers thought they had an ally in Ndayishimiye. He declared COVID-19 “Burundi’s worst enemy” in January. He closed the borders and forced quarantines for anyone entering the country. But things aren’t working out for big pharma in Burundi.

The new President has stated that Burundi still does not need vaccines. His government said the injections aren’t really effective and nobody knows the long-term side effects. Burundi health minister Thaddee Ndikumana also said that 95% of Burundi COVID-19 patients have fully recovered.

In other words, President Ndayishimiye better watch his back.

Haiti is obviously not part of Africa and this incident occurred well after the time period of the BMJ study. But it is relevant and significant to this article nonetheless.

Ronald Jean-Jacques, a professor at the State University of Haiti, surveyed more than 5,300 of his fellow countrymen and women. While 10% didn’t even know a coronavirus vaccine existed, another 60% said they would absolutely not get the shots. The COVAX program was slated to send Haiti 756,000 doses of AstraZeneca shots “for free” in May. But Haitians are not only widely against vaccines overall, but also are well aware of how deadly the AstraZeneca shots have been across the globe. So President Jovenel Moïse rejected them.

The New York Times reported on June 13 that Haiti later agreed to receive 130,000 doses of AstraZeneca. But the AP reported on June 24 that the shipment was delayed for some unknown reasons. Some reports cited a lack of adequate electrical networks to properly store (refrigerate) the shots. It’s also worth noting that Haiti “declared victory” over the novel coronavirus in April 2020. Then-Prime Minister Joseph Jouthe encouraged people to wear masks. But lockdowns were impossible in an impoverished country where “hustling all day is the norm,” according to the group For Haiti With Love.

Vaccines were not the only issue the United States and “the West” had with President Moïse. He was also getting quite cozy with Russia and Turkey. President Moïse signed seven cooperation agreements with Turkey in 2020. President Moïse also accepted the appointment of Sergey Melik-Bagdasarov as Russian Ambassador to Haiti in early June.

The President was assassinated on July 7 at his home in Pétion-Ville. It happened at about 1 a.m. local time. He was 53. First Lady Martine Moïse said the attack happened “in the blink of an eye” and left her husband riddled with bullets. Mrs. Moïse was injured in the attack and taken to a local hospital. Interim Prime Minister Claude Joseph declared himself interim head-of-state.

Coincidentally or otherwise, the suspected mastermind of the assassination is a U.S. doctor from Florida named Christian Emmanuel Sanon. He was arrested on July 12. Sanon is alleged to have hired 26 Colombian mercenaries who carried out the assassination. At least two other suspects also have U.S. ties. Haitian police officers were also involved in the plot.

Heavy.com published a detailed report about Dr. Sanon on July 13. He was apparently going to be installed as the new U.S. puppet president of Haiti. But everything went wrong as President Moïse was supposed to simply be arrested in the plot, not killed.

Long story short, Ariel Henry was sworn in as the official Prime Minister yesterday. Claude Joseph stepped down. Coincidentally or otherwise, 500,000 doses of Moderna experimental mRNA arrived in Haiti on July 14, courtesy of the United States. The U.S. also dispatched a “technical security team,” FBI and Homeland Security agents to Haiti on July 11. 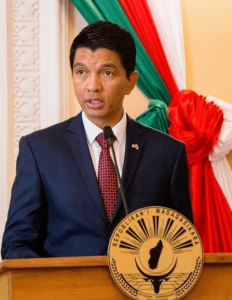 President Rajoelina said in March that he has no plans of getting vaccinated. He cited too many side effects and the need to protect himself, his family and the people of Madagascar. Instead President Rojoelina continues promoting an herbal remedy called CVO. Obviously this flies in the face of the global “vaccine” agenda.

The “Western Powers” have hated Haiti ever since its enslaved population beat the heavily-armed French with, basically, sticks, stones, grit, spirituality, and knowledge of the terrain in 1804. It was the only completely successful slave revolt in the Americas. Thus Haiti has always been a whipping post since then. President Moïse was widely viewed in a negative light by Haitians, according to most reports. However, again, it is not the position of this blog to judge other countries.

It’s impossible to ignore the big black elephant in the room as it relates to the BMJ study. It’s no secret that African Americans are the most unlikely to be vaccinated in the United States due to deep distrust of the government. But the African continent has also been a testing ground for Western medical experiments for the better part of two centuries. Nigerians are particularly anti-experimental injection. Kenyan healthcare workers cited safety issues in their mass reluctance to get injected.

The Great Reset is real. Any and all world premieres who stand in the way will be taken out. All you can do is look out for yourself and family. Stay vigilant and protect your friends and loved ones.

Mainstream media often speak of political unrest, human rights violations and rigged elections across the African continent. The United States is guilty of all those things, thus is in no position to judge any other country.
>>>>>>>>

The unbelievable evils committed by the United States since about 1896 when you had your Spanish American War…so we are talking 125 years of non stop atrocities visited by America on almost every square inch of the planet…make Rome under Caligula or Nero look positively angelic and benevolent in comparison.

Anyone who talks about “God Bless America” must be absolutely crazy…what God would “bless” a nation whose crimes are piled up to Heaven?

Speaking of! Smedley Butler, a veteran of the Spanish American war, and the most decorated Marine in US history, went on to write a book called “War is a Racket” about his tenure in the military being dedicated to the overthrow of countries to establish Banana Republics for the likes of United Fruit et. al..

He also wrote of “The Business Plot” wherein a number of wealthy industrialists and bankers approached him to lead a Fascist overthrow of the US Presidency, but there is more to that subject than meets the eye. (Butler’s admissions were the very definition of a “limited hangout,” providing genuine and rare insider information in order to steer his audience to the desired conclusions, or to obfuscate the true nature of a thing. Oh, the tangled web we weave…)

It looks like the US is merely a military apparatus of the luciferians. How many millions of US boys were murdered and maimed in their never ending wars?

Thanks
Reply to  Tex Mex

Because they were sick of their citizens being once again pawns for big pharma and the elities. These man had balls, unlike the western soy boys.

Quote: “The United States is guilty of all those things, thus is in no position to judge any other country” Unquote. I, like many others, agree. It is because American positions of power and influence have been infiltrated and subverted by Zionists. As is the mainstream media and the Usurious financial system (Rothschild family, etc).The same can be said for the British government, which is why British cannon fodder (military) often join US cannon fodder in wars that are of no interest to anyone other than the geopolitical interests of Israel. WASPs (White Anglo Saxon Protestants) do not rule America- Israel and Zionists do.

They died because they stood up to the false narrative. It’s called assassination, look it up.