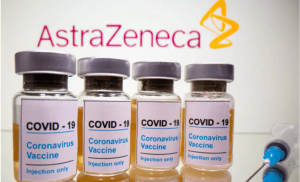 UPDATE March 14, 2021 – Congo and Thailand are delaying rollout of the AstraZeneca shot. Bulgaria suspended administration of the shots.

Meanwhile severe adverse effects from the shots continue rolling in. 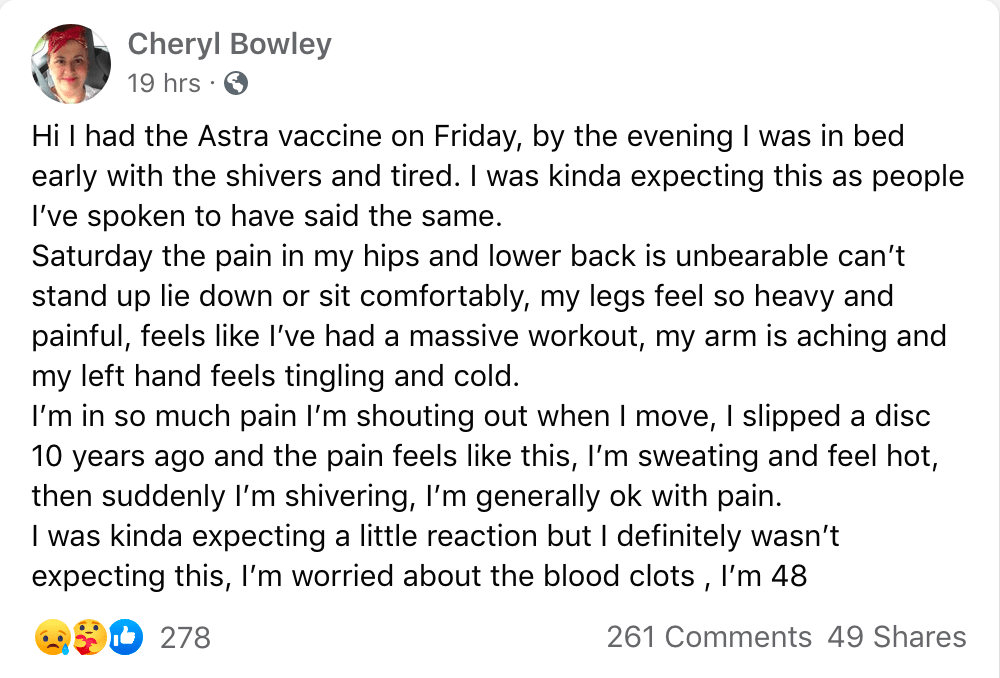 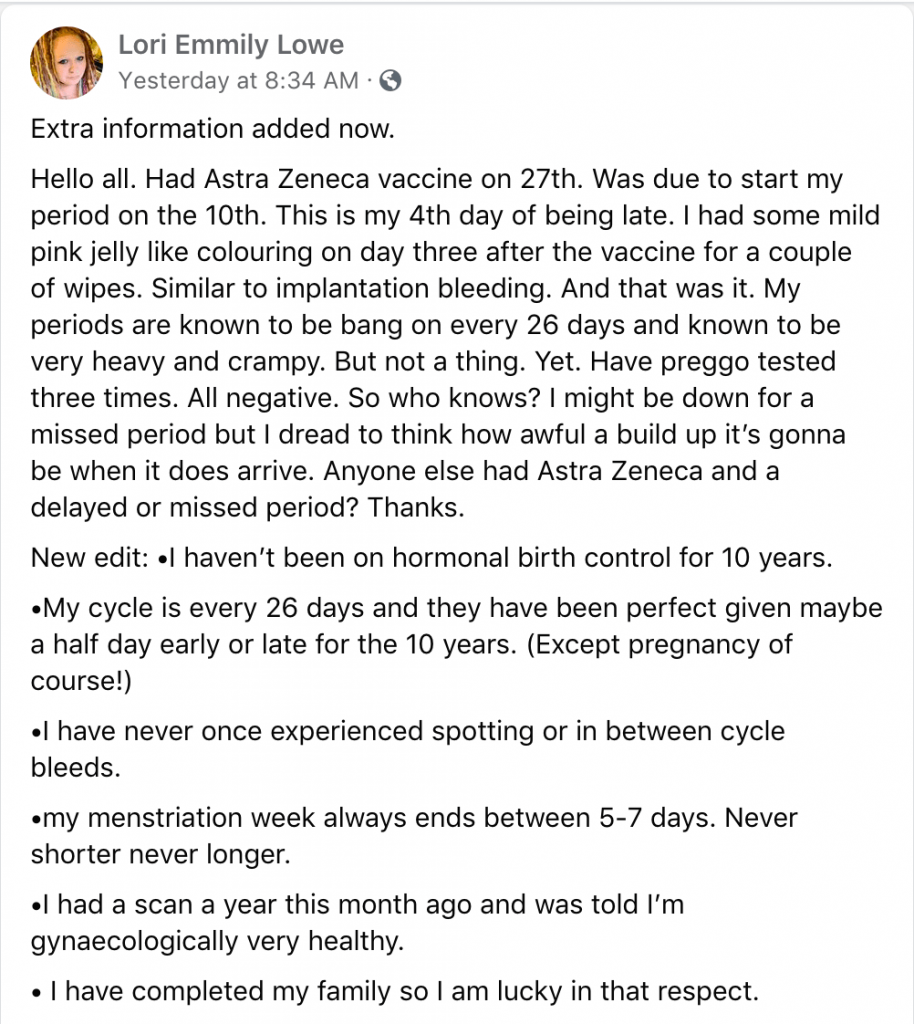 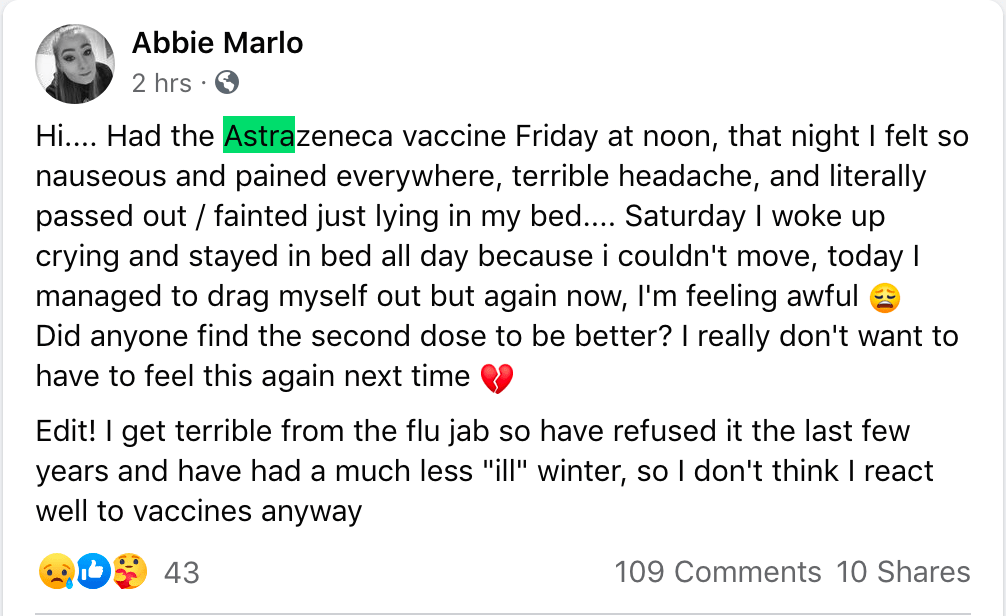 We reported three days ago that health authorities in Austria suspended use of the Oxford/AstraZeneca viral vector shots. One Austrian nurse bled to death after the shot. Another had a pulmonary embolism, but is expected to survive. Other countries are taking notice, and taking similar actions as Austria.

A 60-year-old Danish woman formed a blood clot and died this week after the AstraZeneca shot. The Danish National Board of Health suspended use of AstraZeneca shots today for two weeks, following her death. Director Søren Brostrøm said in a statement that the country is not opting out completely from the Oxford/AstraZeneca viral vector shots. But his agency, along with the Danish Medicines Agency, is investigating the reports of blood clots after the shots.

“There is good evidence that the vaccine is both safe and effective,” Brostrøm said in a statement. “But both we and the Danish Medicines Agency have to react to reports of possible serious side effects, both from Denmark and other European countries.” Anyone who has received the first shot must wait for the investigation to conclude before getting the second shot.

Norway put the Pfizer mRNA shots on notice in January when it reported 23 deaths shortly after administration. Now Geir Bukholm, director of infection prevention and control at the Norwegian Institute of Public Health (FHI), said that the country is suspending use of the AstraZeneca shot as a cautionary measure. “We will await information to see if there is a link between the vaccination and this case with a blood clot,” said Bukholm.

Iceland was the third country to suspend use of the Oxford/AstraZeneca viral vector shots. The country’s chief epidemiologist, Dr. Þórólfur Guðnason, told the Iceland Review that the suspension will last until more information from the European Medicines Agency is available regarding the investigations.

Estonia, Lithuania, Luxembourg and Latvia have also suspended AstraZeneca injections, according to Al Jazeera. Those countries received doses from the same batch (called ABV5300) of one million shots that Denmark and Austria received. Italy was the eighth country to suspend AstraZeneca shots today. The Italian Medicines Agency, known as AIFA, said that the temporary ban is a result of reports of adverse reactions. But it mentioned batch ABV2856, which is different from the batch the other countries received.

Italy is also reacting to two deaths as a result of AstraZeneca shots. Mr. Stefano Paternò died on Wednesday. Paternò, 43, got the shot on Tuesday. The navy officer immediately had convulsions before dying hours later. Health authorities ordered an autopsy. Mr. Davide Villa was the other recent death in Italy as a result of AstraZeneca shots. The 50-year-old police officer died this week, 12 days after receiving the shot.

Canada, Spain: nothing to see here

Despite eight countries suspending AstraZeneca shots, two are holding steady with the shots. Health Canada, the country’s top health policy agency, said in a statement that it is aware of the actions by other countries. But the statement concluded, “At this time, there is no indication that the vaccine caused these events.” Canada has already received 500,000 doses of the AstraZeneca shot, and expects to get 1.5 million more by May.

Carolina Darias, Spain’s health minister, said her country will continue using the shots too. She told La Sexta TV that there have been side effects reported in Spain. But Darias also said, “so far, no causal relation between the vaccine and the blood clot events has been established.” AstraZeneca shots are only approved in Spain for people age 18-55. Meanwhile, 46 nursing home residents died last month in Spain after their first Pfizer mRNA shots.

The Johnson & Johnson shot was recently given emergency use authorization in the United States. The FDA granted emergency use authorization for the viral vector shot in late February. Pfizer and Moderna are both mRNA shots. Make certain to exercise due diligence before submitting to social pressures related to the experimental COVID-19 “vaccines.”

Our Government Health Minister in Australia got the AstraZeneca shot on Sunday last week and two days later in hospital with an infection. Greg Hunt. Oh the vax is still safe!

Doctors Around the World Issue Dire WARNING: “DO NOT GET THE COV!D VA((INE” – THE SILENT WAR BEING WAGED ON OUR CHILDREN.

Resistance to ALL covid “vaccines” IS Obedience to GOD!! DO NOT TAKE ANY OF THEM INTO YOUR BODY!!