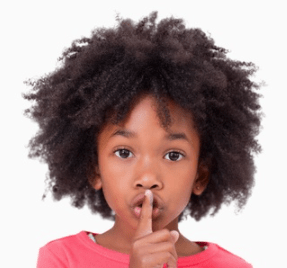 WASHINGTON, D.C. — Centers for Disease Control Director Michelle Walensky grabbed headlines last week. In one of the most pathetic displays of fearmongering and propaganda to date, she spoke of “impending doom.” She said she is “scared,” and pretended like she was emotional during the entire production.

The CDC is of course an advertising agency for big pharmaceutical companies. Walensky is simply doing her job to satisfy the company’s stakeholders. Objective Americans no longer listen to anything the CDC, Anthony Fauci, et al. say because their agendas are obvious. Same with mainstream media and social media. Unfortunately objectivity is sparse during this time of powerful psychological programming.

Mainstream media, in conjunction with Facebook, Google and Twitter, do not allow real news about COVID-19, masks, experimental shots, etc. to trend. Their algorithms are carefully written to ensure the doom narrative and fearmongering are always top news. Mainstream media do, however, cover real news occasionally. But good luck finding it in Google search results or trending on social media.

Here are five headlines that would have trended last week if objectivity and informing the public were the true goals.

At least 102 Washington residents have tested positive for COVID-19 after full vaccination, according to the State Health Department. KATU News in Portland reported that two of those individuals died and eight more were hospitalized. The CDC and media machine refer to these post-shot infections as “breakthrough cases.”

The news station emphasized that a million other people received the shots, so these cases are rare. Mainstream media, however, fail to ever emphasize the 99.97%+ COVID-19 survival rate for people under age 70. Not only are these CDC statistics getting harder to find online (must archive everything when you see it), but also COVID-19 death numbers are artificially-inflated by 90%+ by the CDC.

KATU interviewed a doctor for the story. Of course he said people should keep social distancing and wearing masks even after they get the shots.

Doomers love their masks. Forbes published an article last month quoting people saying they love masks to cover up their ugly faces. Two people said they want to wear masks forever, COVID-19 or otherwise. This conditioned mentality is music to the CDC, NIH and Anthony Fauci’s ears. Thus mainstream media work to suppress truth about masks, including the happenings in the Badger State.

Granted all COVID-19 cases and deaths across the globe are dropping since the CDC and World Health Organization’s mea culpa on PCR testing and accuracy thereof in January. But the news in Texas is disappointing to doomers and mainstream media. And that’s why you probably didn’t hear about this until now.

The Johnson & Johnson viral vector shot is fast-becoming the most dangerous of all of the experimental COVID-19 shots. We’ve already covered several deaths and adverse effects shortly after individuals received the Janssen/J&J shot. But let’s look back further.

Emergent BioSolutions is a production facility in Baltimore tasked with making both Johnson & Johnson and AstraZeneca viral vector shots. The factory is not approved by the FDA to manufacture the shots. But speed is more important than safety to pharmaceutical companies. The Indian Express reported that Emergent mixed-up the ingredients for the J&J shots and the AstraZeneca shots. The embarrassing screw-up, which led to Johnson & Johnson disposing of 15 million doses of its shots, was dismissed as “human error.”

It was perhaps the quietest major law change related to COVID-19 since the so-called pandemic commenced.

Senate Bill 8 became law on March 28 without Governor Andy Breshear’s signature. The state legislature passed the bill with veto-proof majority votes. The new law allows any adult, parent or emancipated minor to decline experimental shots based on “conscientiously-held beliefs.” The law requires the Kentucky Cabinet for Health and Family Services to create a simple form that anyone can fill out and easily submit to the target organization.

Kentucky is at least the 17th state with vaccine exemptions for philosophical beliefs.

Real news is only going to come from media sources like The COVID Blog and others not funded or influenced by big pharma. That essentially means mainstream media and social media are wastes of time for those seeking truth and real information. Stay vigilant and continue sharing our content with friends and loved ones via group emails, texts, etc.

As the lies, liars, lying ramp up, the only voice you should be listening to is your own. May thecovidblog.com be a guiding light.