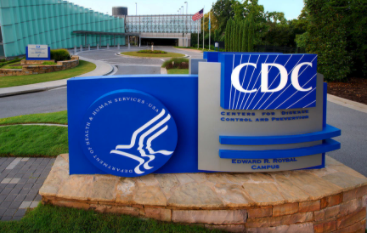 ATLANTA — The Centers for Disease Control and Prevention (“CDC”) is an advertising agency for pharmaceutical companies. That may come off as some grandiose pronouncement meant to gather clicks and attention. But the agency does what it is supposed to do – promote and advance the interests of its stakeholders.

There is nothing impartial, objective or neutral about the CDC and its sister agency, the National Institutes of Health (“NIH”). Doctors and scientists who have dedicated their entire existences to medicine and saving lives are being decertified, censored and discredited by the CDC for presenting peer-reviewed evidence that is contrary to the COVID-19 agenda. Media that do not tow the doomsday COVID narrative are also censored. Search “The COVID Blog” and “COVID Legal USA” without quotes in any search engine besides Google. We come up first or second. Now do Google. The censorship is blatant and obvious.

COVID Legal USA is working towards getting the COVID-19 propaganda machine in federal court. The only way to break through this well-coordinated propaganda machine is with rules of evidence and rules of procedure. The CDC is the propaganda arm of this entire agenda. So we’ve decided to attempt litigating these matters (mandatory shots, faulty COVID-19 testing and statistics, non-emergency authorizations, etc.) in a court of law. It’s a tall task. But we already have several causes of action to bring colorable claims against the CDC.

We’ll be working on it for several months before action is commenced. We also understand that facts are now “conspiracy theory” to mainstream media, social media and the CDC. Regardless, here is what the public needs to know right now.

History of the CDC

The Communicable Disease Center was established as a branch of the U.S. Public Health Service on July 1, 1946 in DeKalb County, Georgia. It took over the offices of the wartime U.S. agency called Malaria Control in War Areas (MCWA). The Rockefeller Foundation worked in close collaboration with MCWA, similar to how the Bill and Melinda Gates Foundation is today with the CDC, National Institutes of Health and Dr. Anthony Fauci.

U.S. Public Health Services has existed in some form since 1798. It is most infamous for funding the Tuskegee Experiments that deliberately left black Americans with syphilis untreated from 1932 to 1972. Dr. John Cutler, a U.S. Public Health Services scientist who was involved with the Tuskegee Experiments, was also responsible for deliberately infecting 696 Guatemalans with syphilis to observe them.

Today, U.S. Public Health Services is divided into 11 divisions of the Department of Health and Human Services. Two of those divisions are the CDC and the National Institutes of Health. The CDC was headquartered in unincorporated DeKalb County/Druid Hills, Georgia, before Atlanta annexed it into the city in 2018.

History of the CDC Foundation

The National Foundation for the Centers for Disease Control and Prevention (colloquially “CDC Foundation”) was created by Section 201, subsection 399F of the Preventative Health Amendments of 1992 (H.R. 3635). It was passed by Congress and signed into law by President George H.W. Bush on October 27, 1992. There are several important provisions of the law related to the function and purpose of the CDC Foundation. Subsection (a) reads:

Subsection (b) is as follows:

‘(b) PURPOSE OF FOUNDATION- The purpose of the Foundation shall be to support and carry out activities for the prevention and control of diseases, disorders, injuries, and disabilities, and for promotion of public health.

Then there is Subsection (c), the all-important Endowment Fund:

CDC attempts to separate itself from CDC Foundation

The CDC has a webpage specifically stating the disclaimer that it and the CDC Foundation are independent of one another. That’s like saying Google and Youtube are two different companies.

The CDC is a quasi-government agency at best. It presents itself as a government agency because it receives billions in tax dollars every year. But it also receives funding from private corporations and organizations with vested interests. There are no specific restrictions, other than an ethics code, enumerated in the law related to CDC Foundation endowments. For those unfamiliar, unrestricted endowments mean that the funds are “meant to be used for operations or programs that are consistent with the wishes of the donor(s).”

Therefore, the CDC became compromised in 1992 with the passage of this bill that allows private funding for an alleged government entity through an “independent nonprofit.”

The CDC Foundation website says its primary function is “collaboration between CDC and philanthropies, private entities and individuals to protect the health, safety and security of America and the world.” This agency can no longer exist under the guise of neutral government agency.

Mainstream media dismiss the truth about Microsoft’s body activity data apparatus as “conspiracy theory and disinformation.” However the patent documents are public for anyone to see. These documents, along with the synthetic mRNA patent documents from 2017-2019 that are also readily accessible, can and will be presented as evidence in a federal court.

Further, the CDC Foundation’s other donors are a who’s who of pharmaceutical companies and big tech firms. Bayer, Facebook, GlaxoSmithKline (which merged with Pfizer in 2018) and Merck are just a few of them. The CDC Foundation had a partnership with Johnson & Johnson as recently as 2018 to allegedly monitor diseases in Sierre Leone, Uganda, Vietnam and other less fortunate countries. Pharmaceutical companies sell drugs, not cures and public health. And the relationships are a revolving door. Former CDC chief Julie Gerberding left her position in 2009 to become President of Merck’s vaccine division.

The CDC, NIH and Dr. Fauci are not impartial, trustworthy sources of information and advice. That is not conjecture. That is based on the tax-exempt money trail and facts herein.

Note, we emailed three media contacts and three board members of the CDC [Foundation] for comment before publishing this story. Though all of them read the email, none of them responded. Thus we’ll present the story and you can decide for yourselves.

The National Foundation for the Centers for Disease Control and Prevention (CDC Foundation) was first formed as a Georgia nonprofit on October 26, 1993, one year after H.R. 3635 was signed into law. The agency had renewed its nonprofit registration every year until it was dissolved on September 10, 2010 for failure to file its annual registration. The CDC Foundation was reinstated as a Georgia nonprofit on April 22, 2011. Thus there was a seven-month period where no CDC Foundation existed; and any donations received during that time were likely illegal.

Nonprofits are required to register in most states where donations and other funds are collected. Only five states require limited or no registration for nonprofits to collect funds in their jurisdictions. For instance, the National Foundation for the Centers for Disease Control and Prevention (CDC Foundation) has been registered in Alaska since at least 2017. But there are no further records of registration in Alaska before 2017. In contrast, the California CDC Foundation registration dates back to 2010.

All of this money being brought into the CDC via the “CDC Foundation” is tax-free. The agency’s 2019 IRS Form 990 says the CDC Foundation received $252 million that year alone from this endeavor. That’s on top of the tax dollars the CDC receives. The CDC’s operating budget has averaged about $7.2 billion per year since 2016. It’s budget was $10 billion in 2008 before Congressional investigations found that the agency wastes millions and spend lavishly.

CDC is a for-profit business, not for the common good

There is peer-reviewed evidence that then CDC grossly inflates COVID-19 deaths by upwards of 90%. It must do this to satisfy its stakeholders. The CDC only loosened its arbitrary six-feet “social distancing” rule to three feet in schools after numerous complaints by school districts across the country. Both Pfizer and Moderna are now saying a THIRD dose of their mRNA shots are necessary for immunity. A transcript from a conference attended by Pfizer executives on March 11 regarding this third dose announcement tells you all you need to know:

And factors like efficacy, booster ability, clinical utility will basically become very important, and we view that as, quite frankly, a significant opportunity for our vaccine from a demand perspective, from a pricing perspective, given the clinical profile of our vaccine.

And again, the CDC is listed on the Dun and Bradstreet corporate directory.

We don’t know exactly when we’re commencing litigation against the CDC and the federal government. We’re still narrowing down the claims and researching. It’s a lot. But the only way to hold this dangerous organization accountable is with set rules of evidence and procedure. No more monopolized media and big tech social media platforms disseminating the CDC’s narrative. It’s time to take action. Wish us luck.

CDC Foundation is not a government entity, has many conflicts of interest | Rangitikei Environmental Health Watch

Glenn Lego
Reply to  CDC Foundation is not a government entity, has many conflicts of interest | Rangitikei Environmental Health Watch

Even if it was a government agency, it still has many conflicts of interest.

Well researched and documented!! Thanks for providing links and for taking on this massive, much needed offense against pharm/tech/NGO dominance, depopulation and control agenda.

This is what took down Galileo. I’ll just leave this here.

…to check unbridled spirits, [the Holy Council] decrees that no one relying on his own judgement shall, in matters of faith and morals pertaining to the edification of Christian doctrine, distorting the Scriptures in accordance with his own conceptions, presume to interpret them contrary to that sense which the holy mother Church… has held or holds…
— Decree of the Council of Trent (1545–1563)

Yoou’d have thought the CDEC would have made the alcohol party manual available to the general public during the lockdowns. We were really bored, and could have used it.

Center for Deception & Corruption
Center for Disease Creation and Propaganda

Living in Australia, I nevertheless follow US issues closely and I am glad I read this article as I pursue constitutional rights and oppose compulsory jabbing (by coercion or otherwise). I consider this article very, very valuable in information.