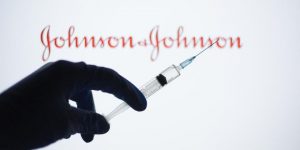 SILVER SPRING, MARYLAND — The Food and Drug Administration authorized the Johnson & Johnson viral vector shot for emergency use in the United States on February 27. That means the JNJ-78436735 shot (also called Ad26.COV2.S) is authorized for use without going through formal FDA approval channels for new drugs. It is the third shot given emergency use authorization in the United States, after the Pfizer and Moderna mRNA shots.

Emergency use authorization has been used 347 times since the COVID-era began in 2020, according to Harvard Law School. The FDA issued a total of 38 emergency use authorizations for Zika, Ebola, MERS and Avian flu combined. JNJ-78436735, developed by Johnson & Johnson drug division Janssen Pharmaceuticals in Belgium, is currently in Phase III clinical trials. Studies are expected to last through 2023.

Mainstream media have centered narratives around the fact that the J&J viral vector shot requires only one dose. Both the Pfizer and Moderna mRNA shots require two doses spaced out several weeks. There’s also controversy surrounding the J&J shot that mainstream media are covering. A New York Catholic diocese is telling its parishioners not to take the J&J shot because it is derived from aborted fetuses.

There is a common misconception that the J&J shots are “traditional” vaccines made from weakened virus. This is false. The experimental Covaxin (India), Sinopharm BBIBP-CorV (China), and CoronaVac (China) shots are the closest to traditional vaccines of all the widely-used ones. J&J shots are experimental viral vectors. The long-term effects on humans are still unknown as clinical trials continue. The following is a summary of viral vector shots versus mRNA shots.

What is a vaccine?

The term “vaccine” is derived from the New Latin word vacca, which means “cow.” It also has origins from the old Latin term vaccīnus, which means “of or from cows.” The term was first used to describe inoculations that prevent diseases in the late 18th century.

British physician Edward Jenner heard a rumor that milkmaids who got cowpox were subsequently immune to smallpox. Jenner posited that it’s better for people to get non-lethal, but ugly cowpox (and the remnant scars) versus deadly variola major smallpox.

He tested the hypothesis by scraping a cowpox sore on a milkmaid and injecting the material into an eight-year-old boy. The boy got cowpox and recovered within a couple weeks. Jenner then injected the boy with live smallpox virus. He never got sick. Jenner successfully tested the hypothesis on 22 other people. He published the findings in 1798, called An Inquiry into the Causes and Effects of the Variolae Vaccinae. The latter two terms literally mean “pustules of cows.”

Smallpox was declared eradicated in 1979. But the term “vaccine” lives on, whether used correctly or otherwise.

What is DNA and RNA?

Most adverse effects covered by this blog were the result of Pfizer and Moderna experimental mRNA shots. Human genetic code is contained in two polynucleotide chains that form double helix strand molecules called Deoxyribonucleic acid, or DNA. Your genetic code is contained in those nucleotides. Ribonucleic acid, or RNA, is a single-strand molecule that regulates coding and decoding genes. It also inhibits and/or activates gene expression. In other words, RNA helps rewrite DNA when necessary for survival.

Viruses aren’t living organisms, like bacteria and fungi. They are fragments of RNA and DNA. Humans need viruses to evolve and survive over generations. Viruses rewrite DNA to ensure our bodies adapt to the ever-changing world. RNA is the natural human response to help us adapt and survive. There are at least three types of RNA: ribosomal RNA (rRNA), transfer RNA (tRNA), and of course, messenger RNA (mRNA). For those who are better visual learners, here is a quick video on RNA.

Only one RNA treatment has been approved by the FDA in history. It’s called Onpattro, an infusion used to treat a rare genetic condition known as polyneuropathy. The treatment utilizes small interfering RNA (siRNA). There has never been a vaccine approved using synthetic mRNA technology. Again, the Pfizer and Moderna shots are only authorized for emergency use. Nobody knows the long-term effects of synthetic mRNA.

For more information on synthetic mRNA, watch this presentation by Dr. Rashid Buttar, an osteopathic physician based in North Carolina.

The Johnson & Johnson product is a viral vector shot, like the Oxford/Astra Zeneca shot and the Russia-made Sputnik V shot. Viral vectors use weakened viruses as a means to deliver double-stranded genetic codes to human cells. The J&J shot uses a modified version of Adenovirus 26, aka HAdV-D26. The adenovirus is encoded with DNA instructions for building coronavirus spiked proteins. Those proteins are copied into your natural mRNA. The immune system responds once those spikes begin protruding from the cells, allegedly.

Johnson & Johnson received $456 million from the U.S. government in March 2020 to develop these shots. Less than a year later, the FDA granted the shots emergency use authorization in the United States. Viral vector vaccines had never been authorized, let alone approved, for human use until the COVID-19 era, according to the Emory Institute for Drug Development. They have only been used in veterinary medicine to treat animal diseases. Again, Johnson & Johnson viral vector clinical trials are ongoing until at least 2023.

in case anyone doesn’t already know,evidently emergency use authorisation can only be granted if there are no suitable pre-existing treatments,hence the hatchet job on all of those