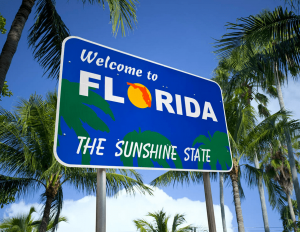 ORLANDO — Every “trusted” voice in the COVID-19 marketing campaign has conceded that the experimental shots do not stop the spread of COVID-19. Meanwhile the Centers for Disease Control (CDC) utilizes word salads to continually promote their stakeholders’ products. The CDC says experimental mRNA and viral vector shots “prevent you from getting sick” from COVID-19. But the shots won’t make you immune. Thus, what is the point of getting these shots? Several Florida residents are asking themselves this very question.

At least 38 Floridians recently tested positive for COVID-19 weeks after their second experimental shots, according to WKMG-TV News 6. Lake County reported 26 such cases. Sumter County and Volusia County each reported six such cases. The marketing term for these incidents is “breakthrough cases.”

Florida Department of Health officials are blaming “COVID-19 variants” for the infection. But Rewerts appears to be realizing truths that had previously escaped her, deliberately or otherwise. She said three fully-vaccinated family members contracted COVID-19, with one ending up in the hospital. She thought the shots at least prevented hospitalizations and sickness.

The story concludes with a Dr. Timothy Hendrix telling two bald-faced lies. He said the experimental shots prevent “hospitalization and death.” Ms. Rewerts said her family member was hospitalized with COVID-19 after receiving the shots. Further, the VAERS system has recorded over 2,000 deaths related to the experimental shots. Our blog has covered many as well. This is the problem with mainstream media in a nutshell. It is also worth noting that Dr. Hendrix’s direct link on the Advent Health website says “page not found.”

The people deceived by this mass psychological conditioning campaign are not stupid. Many are educated with advance degrees. Granted book smart does not equal street smart and common sense. But the masses refuse to believe what they see with their own eyes. They believe what they are told. Stay vigilant and protect your families and loved ones.

So the question isn’t that the test positive for the covid, but how many positive tested people are actually dying from covid after the shots? At a convent many nuns got the covid jab then later tested positive and three died, but we were never informed about the others.

vaccines are supposed to provide immunity to infection, so…this ‘vaccine’ fails to do that. Why then is it called a vaccine? That’s the only way they could convince the ignorant they ‘need’ this ‘vaccine’.