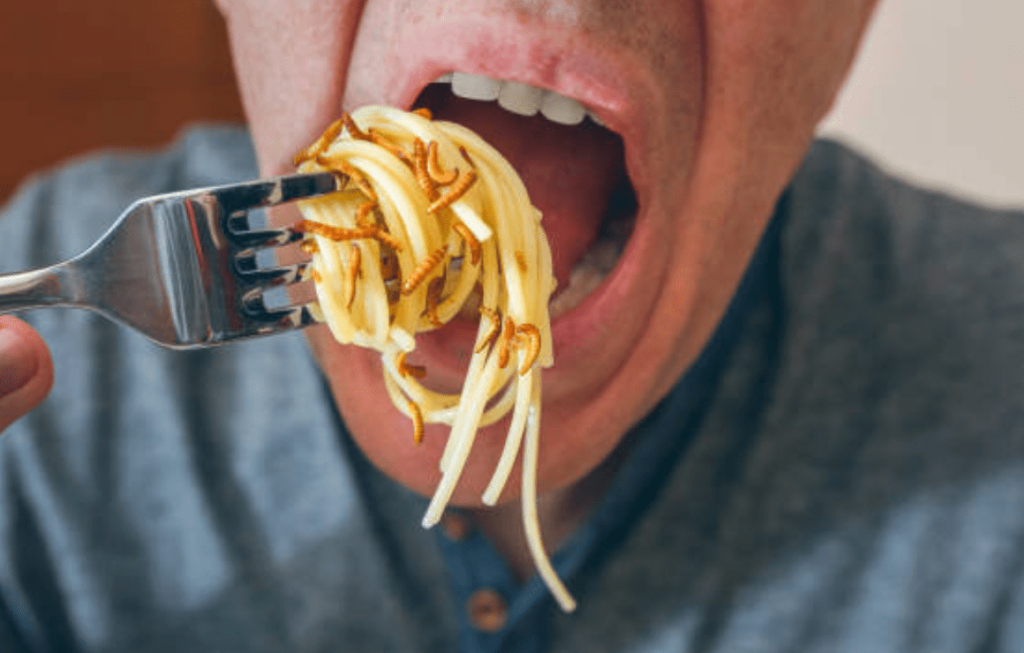 Food processing plant fires and explosions are (relatively) just as common as young people dying suddenly and unexpectedly in 2022. Last week we covered at least 10 more food processing destruction incidents, including the 3,000 dead cows in Kansas. Mainstream media said the cattle died from “excessive heat.” Many people believe that narrative. Just like dead young people, we could literally do this every week:

Mainstream media and government are not only trying to cover up these incidents, but also discredit them. Several websites and social media accounts, some that are quite popular with critical thinkers, continually post screenshots showing long lists of destroyed food processing plants. But most of the listed fires and other incidents are either minor or never happened at all. That provides mainstream media and their lambs fuel to criticize “conspiracy theorists.”

We’re living in such a twilight zone that Pfizer-owned Reuters wrote a “fact check” article “debunking” these obviously deliberate actions. There’s no other time in history that fires, mysterious bacteria, avian flu, etc. have ravaged the food industry in such a concentrated manner. The powers-that-be (PTB) are literally hanging their hats on “believe what we tell you, not what you see with your own eyes.”

As real food producers are burning down or just shutting down due to costs, bug farms and processing plants are popping up and thriving. We’ve yet to see one fire or plane crash into one of these bug food places. But the insect “protein” producers are no longer hiding under the radar.

Conditioning Western humanity to eat bugs isn’t going to happen overnight. The process commenced at least six years. The North American Edible Insects Coalition was founded in 2016 by Robert Nathan Allen. He told Foodnavigator USA at the time, “the ‘OMG, eating bugs’ phase is done and most consumers have heard of consuming crickets.”

Allen is also the founder of Little Herds, a Texas-based non-profit that promotes insects for food. Around this same time (February 2017 to be exact), the PTB started using celebrities eating bugs on camera to normalize the practice. An Angelina Jolie clip eating “something” went viral at the time.

But Allen’s assessment that the ‘OMG’ phase of eating insects was apparently wrong. The North American Edible Insects Coalition changed its name to the North American Coalition for Insect Agriculture (NACIA) in 2018. The previous name was apparently a bit too “OMG.” The organization’s old website said it would be incorporating as a 501c3 non-profit. NACIA reportedly had 250 members in 2018. Allen told the World Economic Forum in April 2018 that his focus was more on insect animal feed than humans eating bugs.

NACIA was officially incorporated as a Washington, D.C. non-profit on October 16, 2019, according to the D.C. Department of Consumer and Regulatory Affairs. The current NACIA website lists 10 board members, and a “student observer” woman with a giant bug crawling on her face. Ironically, her name is “Maggitt.” 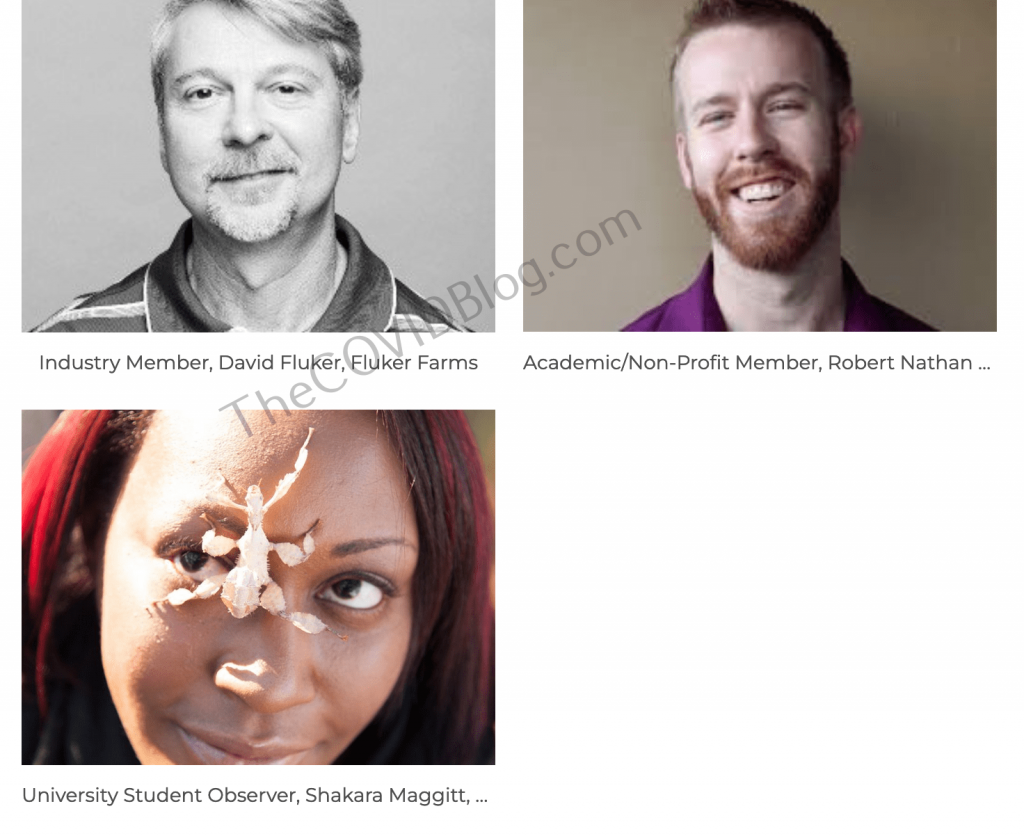 Allen’s LinkedIn page says he was director of consumer relations at Aspire Food Group from 2014 to 2016.

Mohammed Ashour participated in the 2013 Hult Global Case Challenge. It awards $1 million in seed funding to the winning startup company. Former U.S. President Bill Clinton both selects the topic for the year, and presents the award to the winner. The 2013 theme was the global food crisis. Ashour and his McGill University team won the competition with its idea of processing edible insects for urban slums. Aspire Food Group was incorporated in Austin, Texas in 2014. And since that time, the company has been monopolizing the North American bug-eating market.

Aspire acquired Exo, a cricket protein bar company, in 2018. Exo also owned the world’s first automated cricket farm, which was now the property of Aspire. Meanwhile, Aspire Foods in Ghana changed its name to Legendary Foods in 2020, and broke off as a separate company. They successfully conditioned a portion of Ghana’s population to eat bugs and like it. By 2021, Aspire was constructing its $72 million facility in London, Ontario (Canada). It was reported at the time that the plant will produce 10,000 tons of crickets every year for human consumption.

The Canadian plant construction was completed last month. Aspire says it already has back-orders that will keep them busy for the next two years. Canadian taxpayers just gave Aspire another $8.5 million this week for construction costs and technology. Aspire is now the central “edible” bug company for North America. Across the pond, Bühler Group is building an “edible fly plant” in Rethel, France. Bühler officially opened its Insect Technology Center in Switzerland earlier this month. The immediate focus is creating insect feed for livestock and plants.

We can try and rationalize and make sense of all the food processing plants coincidentally being destroyed since 2020, and the subsequent record-high food prices. But deductive reasoning leads only to a sinister plot by those with the power to execute it. You don’t even need a perfect storm to coerce desperate, hungry people into doing anything government tells them to do. The entire vaccine genocide is only possible because of conditioned fear and desperation.

This blogger is a content marketer, a journalist by trade. You must give credit where it’s due. Mainstream media and world governments successfully rebranded influenza into an extinction-level, deadly virus that coaxed millions of seemingly intelligent, reasonable people into rolling up their sleeves for an experimental mRNA injection that was created just a few months after this brand new extinction-level disease introduced itself to humanity.

All consumer beef and poultry in 2024 will come from cattle and birds that were fed ground-up bugs. At least 50% of the American diet will consist of insects or products that were derived from insects. And the masses, meaning 60% of Americans, will accept it, just like they did the poisonous mRNA injections. Just look at how matter-of-factly the PTB talk about it today. WebMD published a June 2022 article about the health benefits from eating grasshoppers. CBS News wrote about “cicada cookies” in 2021.

Granted many vaxxed people will be dead by 2024. But a hungry human being with a will to live, vaxxed or otherwise, is a desperate human being. Desperation, hunger and fear lead to out-of-character behavior. Keep buying 8 and 10 pound bags of rice and beans every time you go to Costco, Walmart, Sam’s Club, etc. Store them in a cool, dry place, and hope for the best. Grains and veggies grown from insect-derived fertilizer is great. Directly eating insects and insect-derived “food” is not.

That’s so gross. God made us in his image. He didn’t intend for people to eat bugs. This is total insanity. I feel like I’m living in a horrible sci-fi movie that won’t end.

These people do not believe in God. They believe they are gods just ask Noah Yuval Harari.

They are just following their ‘Book of Love’- theBabylonianTalmud.

Actually locusts and grasshoppers etc are acceptable under the Levitical laws…search Leviticus 11 20:23

In Ezekiel 4 God told Ezekiel to eat a six grained bread “cooked with dung that cometh out of man”- that doesn’t mean we should too. Thankfully he allowed the substitute of cow dung after Ezekiel begged.

Absolutely! Just thinking today about how humans have an aversion to bugs because we are God’s holy creation! Bugs are associated with death and dying and not eternal life

John the baptist, was able to survive off of locusts and honey. That’s biblical proof that God gave us a plan B to survive if needed. Elijah was fed by birds daily from God when he was in hiding.

That said, (Matthew 4:4) “Man shall not live by bread alone, but by every word that comes from the mouth of God” . Matthew 6:33-34, “Seek first the kingdom of God and His righteousness, and all these things will be added unto you. Therefore do not worry about tomorrow, for tomorrow will worry about itself.”

God will help you in hard times, if you seek Him and Know Jesus (repent and put your trust in Him). God bless you.

Thanks for all your research.

I don’t even eat beef or pork – why would I eat crickets? Really. I like crickets – you can catch them in your hand and take them out of the house. Don’t try that with grasshoppers – they can bite you as I learned the hard way!

When they serve up the bug buffet for all the Oscar and Hollywood parties, UN functions, Washington and Davos elitist parties and they consume it all, then I might consider it. Until them -Bug off!

Dr. Tenpenny and friends reminded us all this is the LARGEST LUCIFARIAN SACRIFICE OF BOTH HUMANS AND ANIMALS THAT HAS EVER TAKEN PLACE! Gird up your/our loins and pray, interceded, fight in the spiritual realms in the Name and Power of our Lord and Savior, Jesus Christ! Hold the line!!!! Repent of your sins and believe in Jesus for the remission (forgiveness) of sins and forgive all those who have sinned against you!