HOUSTON — Dr. Pierre Kory, of the Front Line COVID-19 Critical Care Alliance (FLCCC), deservedly receives most of the credit for introducing the Western world to the Nobel Prize-winning, anti-parasitic drug Ivermectin. He twice testified before the Senate Committee on Homeland Security and Governmental Affairs – May 2020 and December 2020. He emphasized and promoted early treatments for so-called COVID-19, including Ivermectin.

Dr. Kory was subsequently vilified by mainstream media and the medical establishment for his courageous testimony. But he saved hundreds of thousands and perhaps millions of lives in the process by preventing so-called COVID-19 hospitalizations and inevitable death via Remdesivir and/or ventilators.

Dr. Kory is one of few American doctors this blogger will track down for treatment if he ever gets to the point of being deathly ill or decides to see a doctor for any reason for the first time in 15 years. Dr. Mary Talley Bowden is another one of those good doctors who is now fighting the Food and Drug Administration head-on in federal court.

Who is Dr. Mary Talley Bowden?

Dr. Bowden is an otolaryngologist (ear, nose and throat doctor) based in Texas. She graduated from the Medical College Of Georgia School Of Medicine in 1998, and completed her residency at Stanford University. Dr. Bowden founded the Houston-based BreatheMD clinic in 2019 after becoming disgruntled with the bureaucracy of mainstream medical institutions. She is also an advisor for the aforementioned FLCCC. Dr. Bowden has moxie that is hard not to admire, particularly in this medical environment since 2020.

She recently tweeted that anyone and everyone should make an appointment to get their 6 month to 5-year-old kids vaccinated in Texas. But the tweets aren’t meant to encourage poisoning babies. Her goal is to encourage critical thinkers to flood the system with appointments that they have no intentions of fulfilling, thus indirectly saving dumb sheep from injecting their babies. 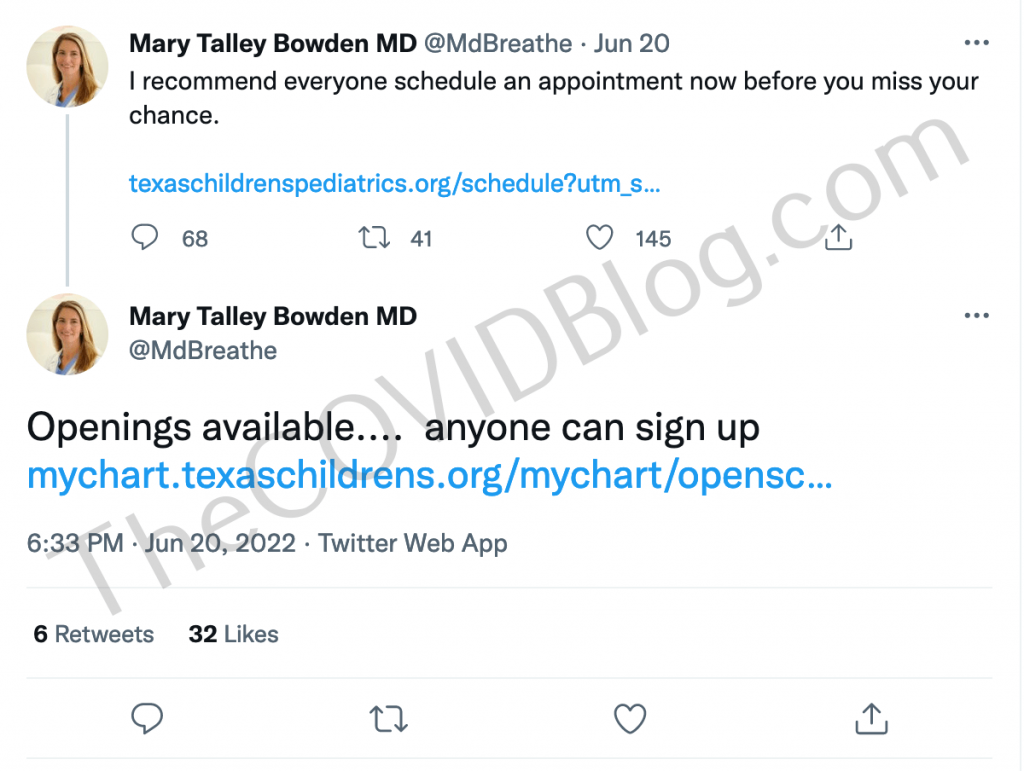 Dr. Bowden recently hired a private investigator to dig into a nonprofit called “No License for Disinformation” (NLFD). The organization aims to get medical licenses revoked from true doctors upholding their Hippocratic Oaths.

In other words, any doctor that does not promote and encourage mRNA and viral vector DNA injections should be de-licensed, according to NLFD. Dr. Bowden published her report on the organization via Substack on June 19. To nobody’s surprise, NLFD is funded by several nefarious factions, including the Bill and Melinda Gates Foundation and Panorama Global. The latter is also funded by Bill Gates.

Her ongoing battles with the medical establishment extend far beyond social media. Dr. Bowden is now fighting a large hospital system and the federal government in two separate courts.

Dr. Bowden made headlines on November 5 when she tweeted that her clinic would no longer treat vaccinated patients.

Meanwhile Houston Methodist, the third-largest healthcare system in the city, had already fired 150 employees for failing to comply with the nation’s first hospital vaccine mandate. Several of those employees sued Houston Methodist for wrongful termination. The case was dismissed by a Texas federal judge. The Fifth Circuit Court of Appeals affirmed the dismissal earlier this month.

Dr. Bowden joined the staff of Houston Methodist Hospital sometime in late 2020 or early 2021. It’s unclear whether or not Dr. Bowden received the injections. But she is firmly against mandates of any kind. Houston Methodist suspended Dr. Bowden on November 12 for “spreading dangerous misinformation” about the mRNA injections and the effectiveness of Ivermectin against so-called COVID-19. Dr. Bowden submitted her resignation that same day.

A couple weeks earlier, a Tarrant County (Dallas/Fort Worth) sheriff’s deputy sued Texas Health Huguley Hospital for disallowing Dr. Bowden to prescribe and administer Ivermectin to treat his so-called COVID-19.  The trial court granted Jones a preliminary injunction, forcing Huguley to administer Ivermectin. But the Texas Court of Appeals struck down the injunction, ruling in favor of Huguley on November 18. Jones spent the next six months in the hospital, before finally being discharged last month.

Dr. Bowden, fed up at this point, sued Houston Methodist in Harris County District Court in January 2022. The lawsuit seeks disclosure of all vaccine adverse reaction cases at the hospital, along with financial reports. A hearing was held on June 27 for a motion for summary judgment filed by Houston Methodist. No decision has been rendered as of publishing.

But now Dr. Bowden is taking on even bigger fish in federal court.

The first count seeks relief for Ultra Vires Acts – actions taken beyond statutory authority – committed by the FDA. The agency is in clear violation of 21 U.S.C. § 396, which prohibits the FDA from interfering “with the authority of a health care practitioner to prescribe or administer any legally marketed device to a patient for any condition or disease within a legitimate health care practitioner-patient relationship.”

Count two alleges violations of the Administrative Procedures Act (“APA”). The FDA “arbitrarily and capriciously” took wrongheaded and deliberately-petulant positions on the effectiveness on Ivermectin in treating so-called COVID. These official positions demonized the drug in the court of public opinion, according to the complaint. Count three is another APA violation. The FDA, in violation of the Federal Food, Drug, and Cosmetic Act (“FDCA”), interfered with doctor-patient relationships with its ongoing, childish attacks against Ivermectin.

The fourth count alleges that the FDA violated the APA by not only limiting and essentially barring off-label use of Ivermectin for so-called COVID-19, but also providing de-facto medical advice to patients. The fifth count seeks declaratory judgments and injunctive relief to stop all of the foregoing illegal actions by the FDA and DHHS.

The Southern District of Texas does not appear to have a local rule. Thus the government has 60 days after service of the summons to respond to the foregoing complaint. That places the deadline at August 4. Read the full complaint here.

High stakes litigation in the fight against government propaganda

Photos like the following are beginning to circulate all over social media. 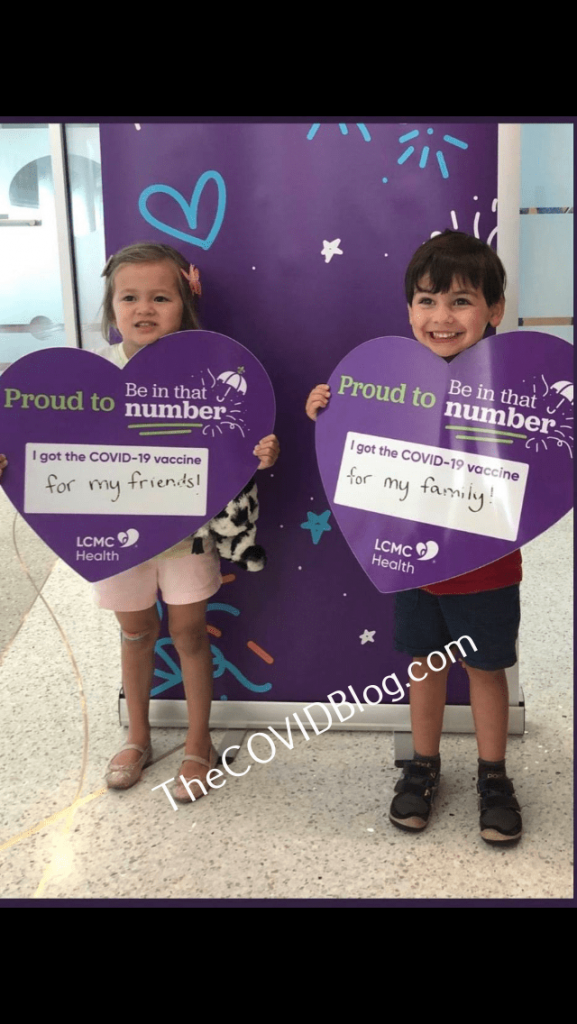 Sesame Street and “Elmo” are now established hazards to the health of American children. 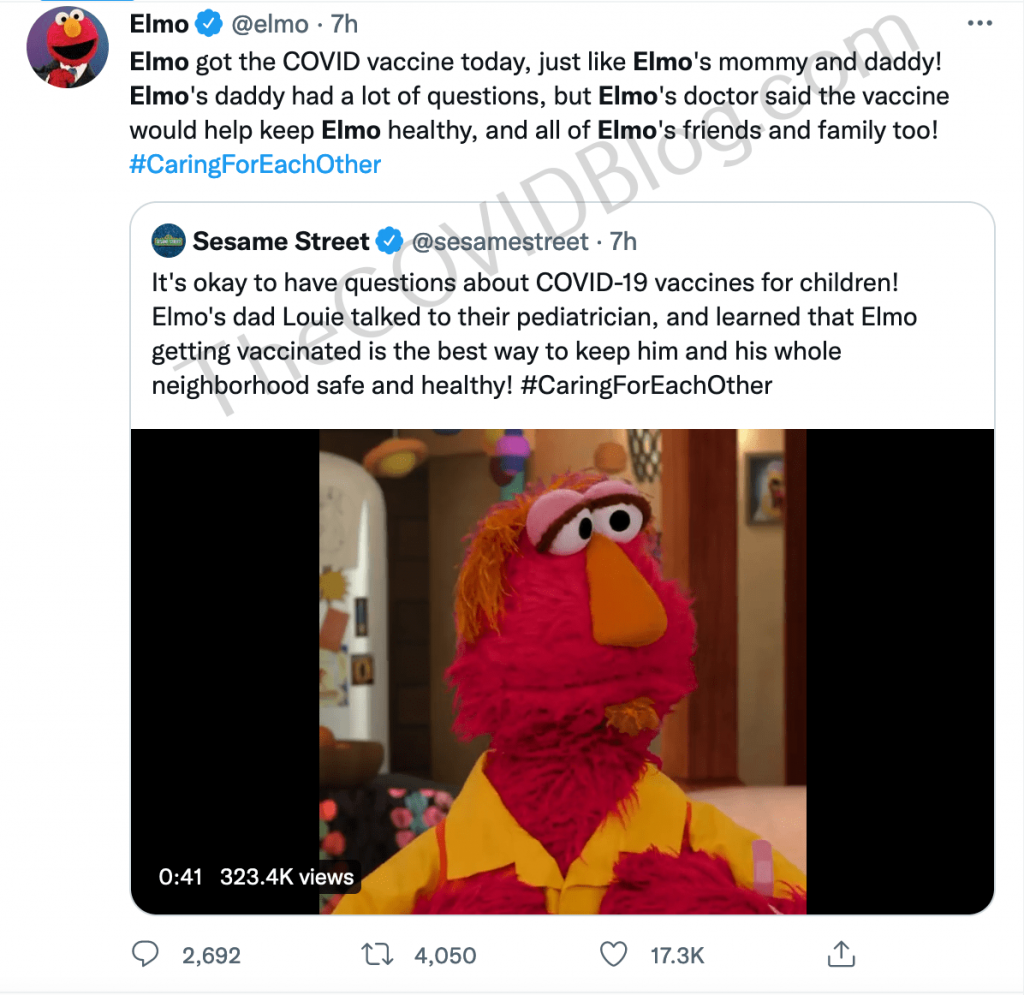 One piece of good news is that some companies are taking matters into their own hands. Publix Super Market announced that all 1,200 of its locations will not administer the injections to anyone under age 5. More good news is that only the ultra-stupid are eager to get their children vaccinated. Just 18% of American parents take that position, according to the Kaiser Family Foundation. But even that small population tells you that the propaganda is well-coordinated and effective.

We’ll be following Dr. Bowden’s lawsuit closely. There is a lot at stake. It’s simply incredible how mainstream media and government agencies are allowed to blatantly lie about Ivermectin, hydroxychloroquine, and other safe treatments for so-called COVID-19. But you truly cannot make up the comedy and irony of these surreal times. 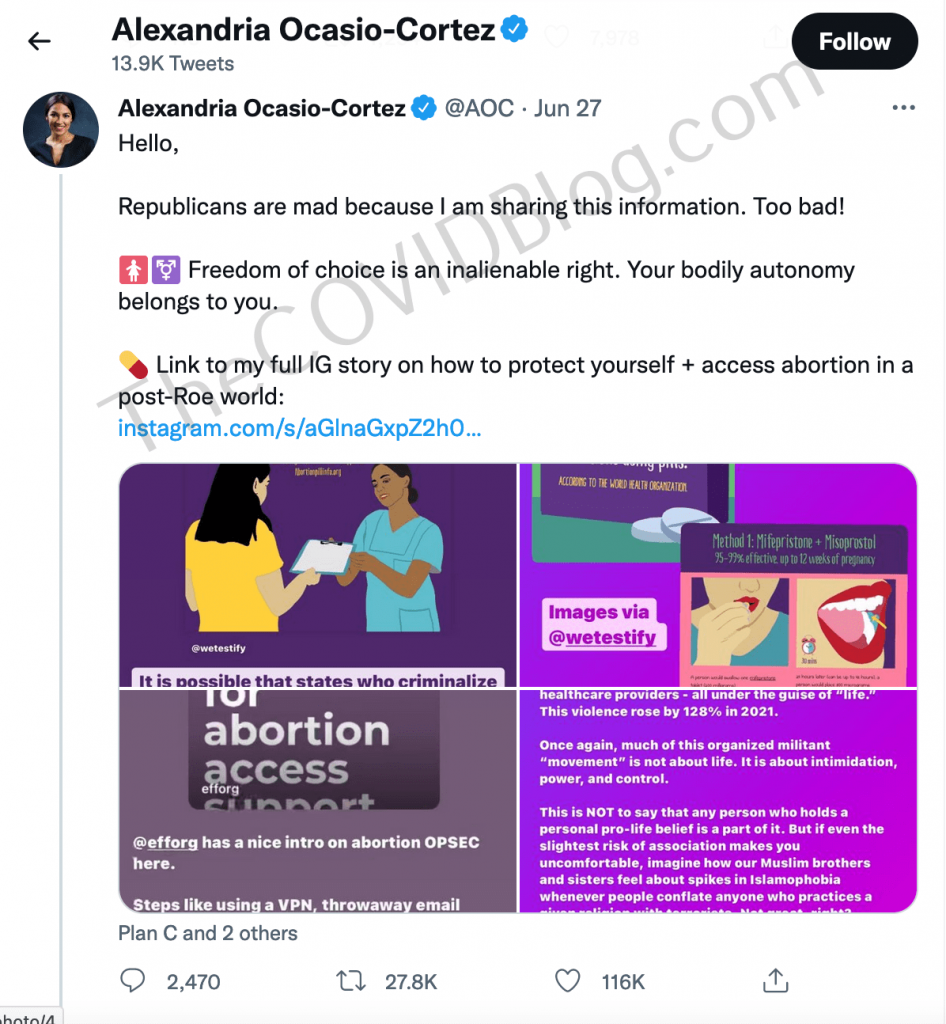 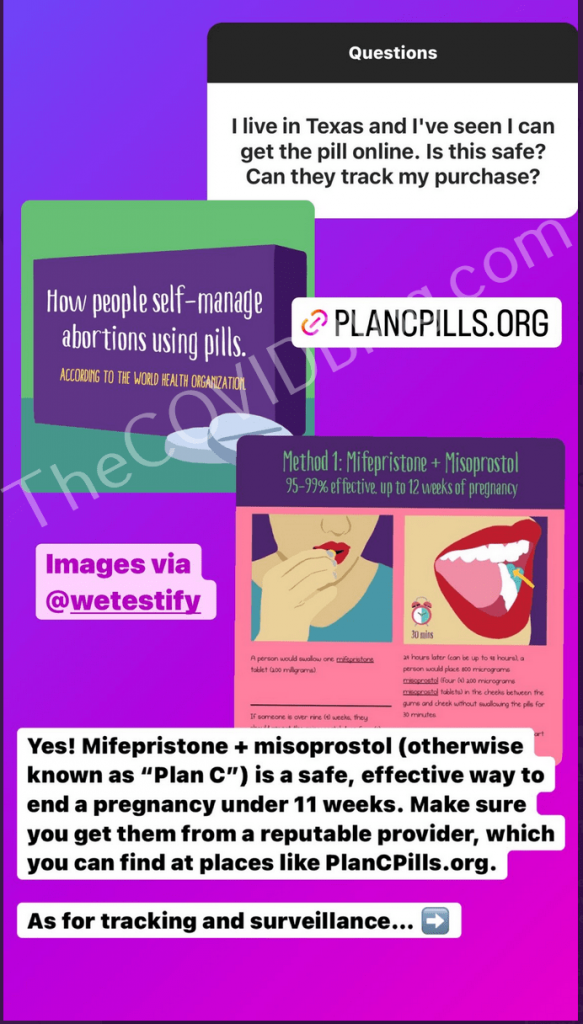 Misoprostol is a drug used to treat ulcers in horses.

The official narrative is that 1.01 million Americans have died from so-called COVID-19 since 2020. The CDC admitted in 2021 that nearly 80% of COVID-19 hospitalizations were obese patients. There are a combined 600+ studies now showing the safety and effectiveness of Ivermectin and hydroxychloroquine against the 2020 rebranded flu.

A judgment in Dr. Bowden’s favor means a federal judge essentially declared that the CDC and FDA killed one million people by preventing them access to safe, effective COVID-19 treatments. All the private companies and states offering lotteries, donuts and burgers in exchange for receiving injections could also potentially be held liable for fattening up and thus killing people from COVID-19.

It will take a brave judge, like the one in Florida who struck down the CDC mask mandate, to issue a legally-sound decision in favor of Dr. Bowden and company. Said judge also cannot have any ties to pharmaceutical companies. Regardless of what happens, Dr. Bowden deserves lauding for this lawsuit. Now all we can do is wait and see what happens. Stay vigilant and protect your friends and loved ones.

That photo of the 2 kids holding the vaxxed signs is just heartbreaking.

It’s not heartbreaking, it is evil to the core –
this propaganda uses a line from
“when the saints go marching in,
-> I want to be in that number”

And no, I don’t think that is coincidence.

One day there will be justice and all those that went either the evil or the easy way will regret – when it is too late.

Acts 1: “And after He (Jesus) said these things, He was caught up as they looked on, and a cloud took Him up out of their sight. While they were looking intently into the sky as He was going, two men in white clothing suddenly stood beside them, who said, “Men of Galilee, why do you stand looking into the sky? This [same] Jesus, who has been taken up from you into heaven, will return in just the same way as you have watched Him go into heaven.”

Ms. Walensky reminds me of Blossom. Can’t quite put my finger on why tho. Hmmm

The story of Pinocchio is telling us the truth about our reality. When you commit perjury, your nose will grow longer and longer.

I took ivermectin. After one pill my Covid 3 week symptoms stopped. Felt like I took an antibiotic. Continued taking ivermectin for a few more days. Thank you for telling everyone about ivermectin. Definitely worked as the perfect antiviral for me. And also worked for my 55 year old husband. I’m amazed that it worked and I thank God for all of the brave people that prescribe it.

Dr. Bowden is a true American hero. Her staff also came out in her defense last year. It tells you everything you need to know about her integrity. Each one of her staff members are heroes as well.

Jesus is my vaccine

I’m proud to be in Houston where Dr Bowden is. She has been fighting hard. When I first heard her on The Michael Berry show I was amazed and very thankful to have doctors like her fighting for what’s right. If I ever need to you better believe she will be the one I’m going to!

I like Dr. Bowden’s tactics. Schedule appointments to educate and talk them out of the clot shots. 👍 Also cater to the unvaccinated. You have healthier patients and they need and appreciate doctors who are actually diagnosing not just selling for big pharma. The poor children. They are innocent. But with parents like that they didn’t have a good chance anyway. God keep them safe.

“Jones spent the next six months in the hospital, before finally being discharged last month.”

Keep in mind that doctors and hospitals make money off of sick people, not healthy people, and this crooked hospital made a lot of money off of this guy vs. treating him with Ivermectin and seeing him quickly recover.

Wish I had this good doctor here. I’ve been blackballed with my “health care” system.
I caught the “covid” early 2020, natural immunity, vitamins and supplements have kept me free of any flu or colds since. My “doctor” continued to push the vax to me. I went off on her with an intern present stating the facts about the money they all make pushing the covid narrative. She dropped me, and I can get no help for other health issues from anybody associated with this “health system”. I’m told there’s something called “Patient
abandonment” as I needed assessments sent to my work which they would not do.