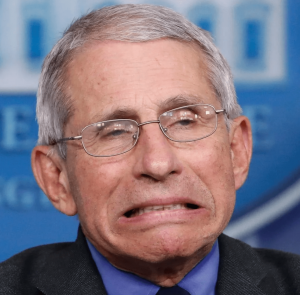 President Joe Biden has a 38% approval rating, a new low for his Presidency, according to an April 13 CNBC All-America Survey. He has an overall approval rating of 41.8% based on the average of five recent polls. Only Donald Trump and Jimmy Carter had lower approval ratings as of Day 454 of their Presidencies since the measures started during the Franklin Roosevelt Administration.

Biden continually blames Russia for the highest inflation rates in the United States since 1979. But even liberal newspapers like the Washington Post aren’t buying that. Gas prices hit a record-high $4.43 per gallon across the U.S. on March 10. Global food prices are the highest ever in the 32-year history of the Food and Agricultural Organization’s (FAO) food price index. And then there’s so-called COVID-29.

Federal judges and governors have continually picked apart President Biden and the Democrats’ desire to mask and inject every American. The Biden OSHA vaccine mandate, for companies with over 100 employees, was halted a few days after going into effect. The U.S. Supreme Court affirmed the injunction. But the Court allowed Biden to continue the jab or job decision for healthcare workers.

It’s been a mixed bag for the military vaccine mandates. A federal judge in Texas ruled last month that the Navy cannot discharge the non-vaccinated, but can use their vaccine status to determine deployment and operations decisions. The federal contractor vaccine mandate is still being litigated.

The most recent blow to Biden’s COVID agenda involves their precious masks. And said federal court decision is likely to have wide-reaching implications.

It’s a recurring theme at both the federal and state levels. Several plaintiffs sued the Biden Administration, U.S. Health and Human Services, and the Centers for Disease Control (CDC) for violations of the Administrative Procedure Act of 1946 (APA). The APA allows the Courts to strike down “arbitrary” and “capricious” agency actions that exceed and/or ignore the respective agency’s statutory authority. The only available remedy when plaintiffs prove violations of the APA is striking down the offending regulations.

Judge Kathryn Kimball Mizelle, of the U.S. Middle District of Florida, wrote that administrative agencies are “creatures of statute,” limited only by the power given to them by Congress. The CDC relied on the Public Health Services Act, 42 U.S.C. § 264(a), to issue the mask mandate for airplanes, airports, trains and other forms of public transit. The CDC also used the foregoing provision to issue the federal eviction moratorium and shut down the cruise ship industry. Both provisions were struck down by the judiciary. Thus it stands to reason that the mask mandate for airplanes, trains and other travel is illegal.

The travel mask mandate would have likely been struck down on other grounds. But power-drunken CDC officials completely skipped the required 30-day notice and comment procedure before implementing the mandate. The CDC tried invoking the statutory “good cause exception” for skipping notice and comment. The Court ruled that “the mandate exceeded the CDC’s statutory authority [by] improperly invoking the good cause exception…and [the CDC] failed to adequately explain its decisions” to those with vested interests, i.e. the public. The ruling applies to all public transportation, striking down CDC mask mandates in airplanes, ride-sharing, buses and trains. Read the full ruling here.

What this all means?

The Biden Administration is likely to appeal this ruling. As of today, you no longer must wear a mask inside an airport. Airlines are private companies and can still enforce mask mandates. But most major airlines have already called for halting inflight mask mandates and “COVID testing” for international travelers. Thus all airlines are likely to drop mask mandates in the next 24 hours, as masks would likely be the tiebreaker when travelers are choosing a carrier.

The same reasoning used by the Middle District of Florida has also been used to strike down state-level mask mandates. A New York judge struck down Governor Kathy Hochul’s statewide mask mandate in January for violations of the state-level Administrative Procedure Act. A Missouri judge struck down the state’s mask mandate in November for violations of the Missouri Administrative Procedure Act. Critical thinkers have been saying it from the very beginning. Mask mandates are not law. You do not have to follow them unless a state legislature passes a mandate and the governor signs it. That may happen in California, Oregon, Washington State and New York. But it’s unlikely anywhere else.

Biden issued a press release yesterday about the second Global COVID-19 Summit. It will be held virtually on May 12. His stated goal is to “vaccinate the world.” Yet he cannot even vaccinate the United States. At least he’s ambitious.

Our family was flying yesterday and they made the announcement on the speaker aboard the plain flying SW airline. There was alot of cheering and about 80% of people took off the facial diaper. Only 1 flight attendant kept it on…

Dropping “COVID testing” for international travelers? Does that mean I have a small window to do some living?
My concern is that there would be some new declaration while I was out of the country and they would want to test me upon return anyway.

Yeah things are just too unstable right now and highly possible will be for a while longer…they’re not done with this fight by a long shot I suspect. My suggestion is to get ready for some possible much harder times ahead but still do things you enjoy even if it’s hiking, gardening, visiting national parks, etc. That goes for everyone.

Will WHO surface from the depths with international mandates that can’t be ignored?

This is looking like a window to get back to the US. I can’t wear masks and would have been fighting it regardless. A relevant question though is why so many people agreed to put the darned things on to begin with. Will these useless symbols of submission come back for “next time?”

Yes Amy, probably next week. We live in clown world in the US. Our leader and his white trash first family complete with crack cocaine, incest and pedophilia anything can go wrong. The only thing missing is the mobile home adjacent to the landfill. This government will not relinquish its authoritarian rule over its peons. I don’t mean to sound negative about this ruling, but the constitution and rule of law don’t exist here any longer.

I’m going to say that most people believed it when they first started saying there is this new extremely contagious and super deadly virus that escaped from a lab, will be over in 2 weeks etc etc etc etc. Remember the broadcasted pics of people ‘dead’ in streets of China? Probably most people were masking up at first but I don’t think it lasted long before more and more started shedding the masks, even against guidelines or “mandates”…not with myself anyway.

Biden wants to “vaccinate the world”. Why don’t you inject those billion shots into yourself, Mr. Brandon, and do us a favor.

Good choice of pics for that rat face lol. He just needs to go…give up…retire to a far away island and enjoy the rest of his earthly life before his judgment day, while he can.

Just sitting here listening to one of my co-workers tell and another who tested positive and been out of work this week: Guy was outside in his yard – “you need to be wearing a mask!” “No, I’m in my yard and not near anyone.” “That virus is airborne. You need to be wearing a mask.” “Well, I better go back inside then.” I work with a great team, but my head is down on my desk. These are also double jabbed people.

They are insufferable, aren’t they? Feel sorry for them; they got crap in their veins, willingly acquired crap.

Just keep your mouth closed and keep doing your job for as long as possible. All the best to you. I know it’s not easy.

“Power concedes nothing without a demand. It never has and it never will. Find out just what a people will quietly submit to, and there you find the full measure of injustice and wrong that will be imposed upon them, until these shall be resisted with words or blows or both. The boundaries around a tyrant’s power are set by the people that he oppresses.” -self freed, self educated former enslaved Frederick Douglass.