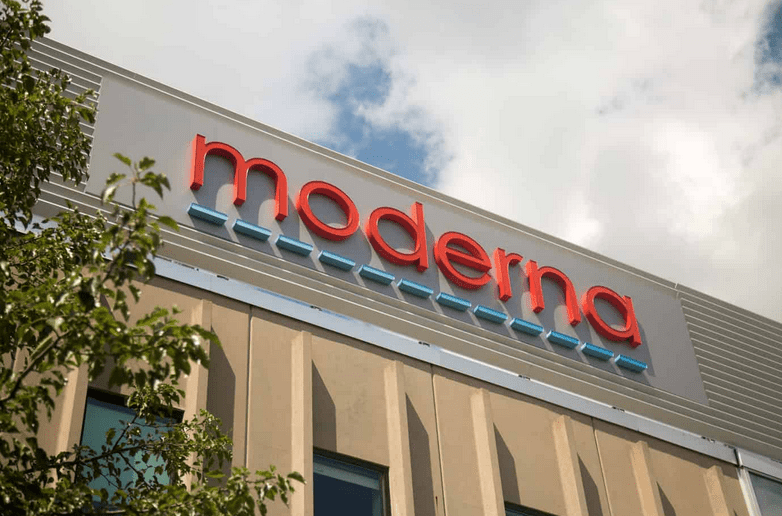 TOKYO – CNN, NBC, ABC, and other U.S. mainstream media have continually mocked and dismissed as “conspiracy theory” thousands of videos of vaccinated people demonstrating magnetic fields at the site of their injections. Meanwhile U.S. mainstream media and their disciples are actively mocking Ivermectin, referring to it as “poison” and as a horse de-worming drug. 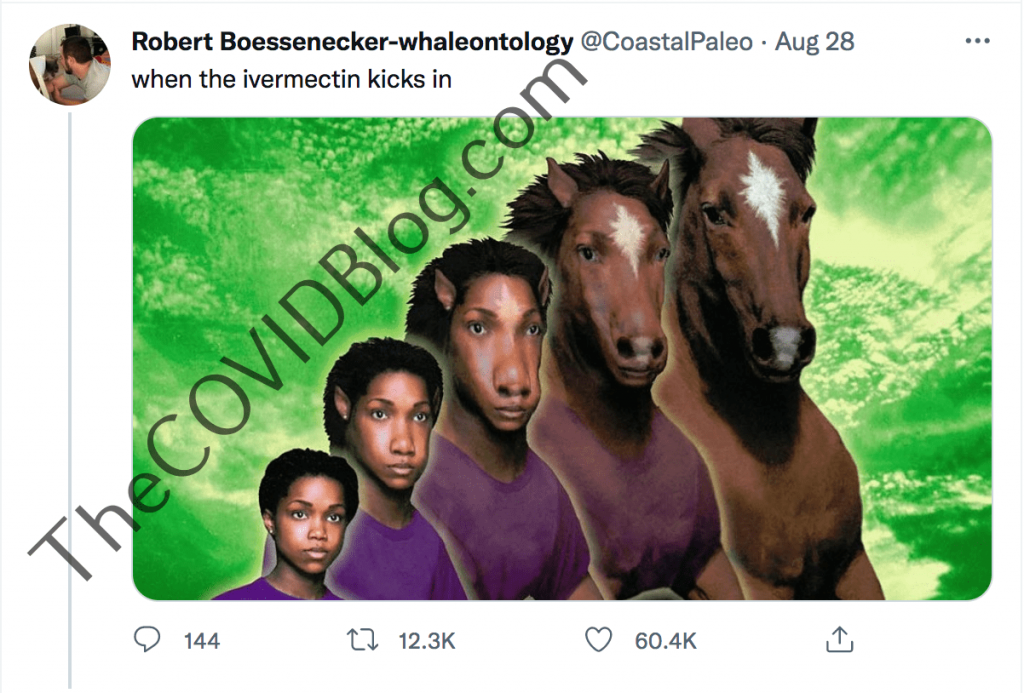 Note that the doctors who discovered Ivermectin won a Nobel Prize in 2015 for their discovery (more on this later). The World Health Organization (WHO) lists Ivermectin as an “essential medicine” for global health. There are also 66 peer-reviewed studies showing that Ivermectin is not only the silver-bullet treatment for COVID-19, but is also a highly-effective prophylaxis (preventative) against COVID-19.

RELATED: CDC Foundation is not a government entity, has many conflicts of interest (March 23, 2021)

The childish, petulant disinformation and manipulation campaigns by U.S. media, the Centers for Disease Control (CDC), FDA and their pharmaceutical stakeholders will continue indefinitely. 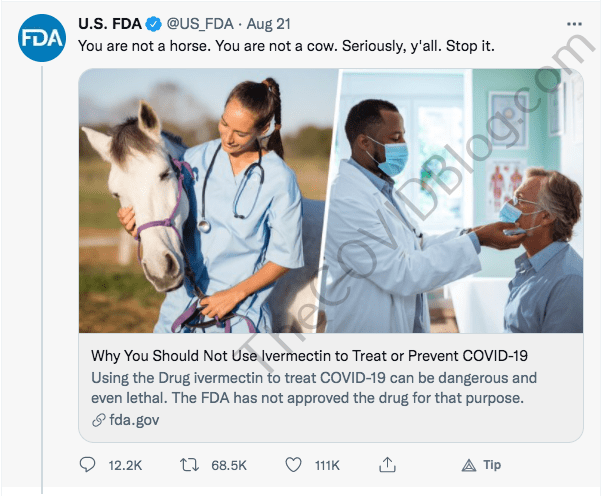 Unfortunately for big pharma, countries outside of the United States, Australia and Europe continue spotlighting truth for those who want it.

Japanese public broadcasting outlet NHK reported that 1.63 million Moderna doses were halted on August 26. The Japanese Health Ministry said that metal particles that were “attracted to a magnet” were found in Moderna vials. A total of three lots of Moderna vials (3004667, 3004734 and 3004956) from eight vaccination sites were taken out of circulation. The lots were manufactured in Spain by a company called Rovi Laboratories. Investigators are still determining what exactly the substance is. But the problem worsened this past weekend.

Another one million Moderna doses were taken out of circulation in Japan on Sunday. Officials in the prefectures (political subdivisions) of Okinawa and Gunma said contaminated vials forced the suspension. At least two men, age 30 and 38, died after receiving the contaminated Moderna injections, according to the Japan Times. Gunma officials found a “black substance” in several Moderna vials. A pink substance was found in the Okinawa vials.

Japanese media found “experts” to parrot CDC and WHO talking points in defense of the Moderna injections. Masayuki Miyasaka, an immunology professor at Osaka University, said there is “zero chance” the metal contaminants cause health damage. Moderna of course said in a statement that there’s no proof their injections caused the deaths.

Japan is just like every other country in the world. As vaccination rates rise, COVID-19 “delta variant” cases also rise. In fact Japan shattered and continues shattering its own records for COVID-19 cases this summer. Japan’s seven-day average COVID-19 peak was 1,361 new case on August 7, 2020. That was the country’s highest rate that year with no vaccines. Japan topped out at a seven-day average of 23,065 new COVID cases on August 26, 2021, a 1,600% increase from the 2020 peak.

It is now established science that the so-called vaccines cause so-called COVID-19. But don’t expect mea culpas from the World Health Organization (WHO) and/or Centers for Disease Control (CDC) anytime soon. 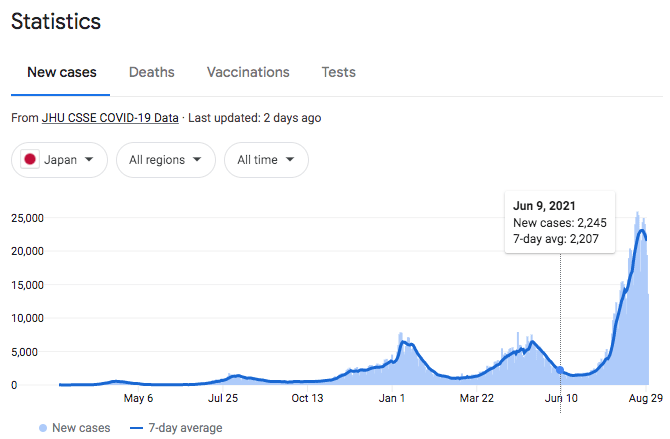 Despite Japan’s record high COVID cases, the country consistently ranks near the bottom for COVID death rates in the world. And Western mainstream media struggle conjuring narratives as to why.

The New York Times reported in February 2021 that Japan had fewer deaths in 2020 than it did in 2019. Today Japan ranks 142nd in the world for COVID deaths – 127 per one million people (Note: the USA ranks 21st, U.K. 23rd, Italy 16th). Mainstream media continue ignoring and/or belittling the Nobel Prize-winning elephant in the room as the reason for these very low death numbers and low COVID case numbers. They of course also ignore the well-established positive correlation of higher vaxx numbers and higher COVID cases.

Two men won the Nobel Prize in 2015 for discovering Ivermectin – Dr. William C. Campbell and Dr. Satoshi Omura. The latter is a Japanese biochemist born in Nirasaki. He earned two Ph.D’s – one from Tokyo University of Science (Chemistry – 1970) and one from University of Tokyo (Pharmaceutical Science – 1968). A 2011 study by Dr. Omura, long before COVID-19, described Ivermectin this way:

Ivermectin has continually proved to be astonishingly safe for human use. Indeed, it is such a safe drug, with minimal side effects, that it can be administered by non-medical staff and even illiterate individuals in remote rural communities, provided that they have had some very basic, appropriate training. Today, ivermectin is being increasingly used worldwide to combat other diseases in humans, such as Strongyloidiasis (which infects some 35 million each year), scabies (which causes 300 million cases annually), Pediculosis, Gnathostomiasis and Myiasis—and new and promising properties and uses for ivermectin and other avermectin derivatives are continuing to be found.

Today Dr. Omura, 86, is professor emeritus at Kitasato University. His invention, influence and work on Ivermectin has kept Japan relatively unscathed throughout the “pandemic.”

Dr. Harou Ozaki, chairman of the Tokyo Medical Association, held a press conference on February 9, 2021. He pointed out the obvious – countries using Ivermectin for any diseases (not necessarily COVID) had very low COVID numbers. Dr. Ozaki said that COVID-19 patients should be given Ivermectin based on how its presence typically means lower COVID cases and hospitalizations. Ivermection “[has] few side effects. I would like the government to consider treatment at the level of the family doctor,” he said.

He repeated those sentiments on August 19.

“Ivermectin has the potential to become the “savior” of the corona pandemic. Looking at the clinical trial reports in the world so far, it cannot be said that it does not work at all.”

But Japan was already using Ivermectin before the presser and reiteration. Clinical trials testing Ivermectin as a treatment for COVID-19 were announced at Kitasato University in May 2020. But it does not appear those trials were ever completed. Ivermectin has been approved by the Japanese Ministry of Health as a COVID-19 treatment since at least May 2020, according to Japanese national newspaper Yomiuri Shimbun.

Japan doesn’t actively promote or even mention Ivermectin in media because of the obvious potential backlash from big pharma, U.S. and European governments. Further, the Japanese government lacks the logistical necessities (production, distribution networks, etc.) to make Ivermectin the primary COVID-19 treatment in the country.

There is no denying Japan is and has been an “Ivermectin user country” throughout the so-called pandemic. The only thing that has changed in the last few months that caused the country’s spike in COVID-19 cases is higher vaccination rates. There’s no denying that either.

U.S. attacks on Ivermectin intensify as science proves its effectiveness

India started using Ivermectin to treat COVID-19 nationally in May 2021 after new COVID cases shattered the country’s previous records. COVID-19 cases literally plummeted from that point forward, with India now having a seven-day average of 42,000 new COVID cases on August 30 versus the 391,000 new seven-day case average on May 8. That’s an astounding 89% drop in 15 weeks since the country started using Ivermectin on a wider scale.

The same thing happened in Mexico – more Ivermectin led to far less COVID-19. So why all the childish attacks against Ivermectin by U.S., European and Australian mainstream media? Obviously big pharma owns global media. They will not allow truth about their multi-billion dollar global “vaccine” racket without petulant resistance. But when “developed” countries like Japan suspend use of one of the big three company’s products (Moderna) and use Ivermectin successfully, that creates panic. Thus all the sophomoric attacks on both the non-vaccinated and Ivermectin.

Nobody knows exactly what the “metallic stuff” is in the Moderna mRNA injections. Perhaps it’s some sort of nanobot transmitter for the body activity data apparatus that Microsoft and Bill Gates patented last year. Some believe it is graphene oxide, a highly-toxic substance known to be incorporated into biomedical applications such as mRNA injections. Bottom line is that you’re poisoning yourself by volunteering for these shots regardless of what exactly the metallic substances are.

It’s long past time to stop sugarcoating what is happening. A very sinister and very evil agenda, very evil global genocide, is happening before our eyes. Unfortunately a large portion of humanity is facilitating it by volunteering for their own slaughter and promoting the slaughter of others. Not me. Not you. Stay vigilant and protect your friends and loved ones.

That weasel Fauci warns against using Ivermectin, well, thankfully I never did and never will listen to him. Hey Fauci, you and Bill Gates and the rest of your ilk, you can have my jabs, all of them, including any “boosters”, honestly, I insist, I don’t mind…, really, it’s no trouble at all. Take them all and it will be like the end scene of the first Blade movie, when Deacon Frost gets defeated 💥.

The Body Language Guy on youtube did a really good job of showing how strange Bill Gates acts when asked about the safety of the death shots! Very telling.

Were the particles found graphene or were they not???

It’s so sad that Americans have to use medication for animals. while in African, south American, i.e., those “less developed countries”, people can just get it OTC.

I agree. But there is a group, website in the US that has online Dr.s that can help. Called FLCCC.org if you know anyone that needs assistance. With prophylactic, current covid cases or Long Haul Covid.
Check out the site…

Just clarifying, FLCCC.net, not .org. It looks like they have chosen a new domain name now because it redirects to covid19criticalcare.com. Click the lvermectin tab to find more info. Lots of good info on this Covidblog site!

Actually the “savior” of the pandemic is REAL FOOD.
Apr2020 I got the “flu”. Couldn’t get outa bed for 3 days, then I was fine and I’m 67!
I have been eating REAL FOOD (what Nature gives to us) for many years.
It’s the ONLY way to super-charge the immune system!

Dr. Omura and Dr. Ozaki are heroes of their Japanese nation.