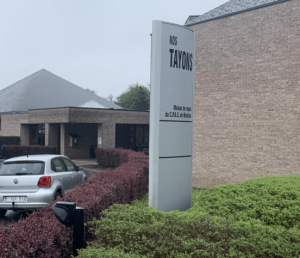 NIVELLES, WALLONIA — The United States refers to fully-vaccinated people who get COVID-19 as “breakthrough cases.” There were far too many of these cases happening across the country. As a result, the Centers For Disease Control changed its testing protocols for these cases to ensure virtually all “fully-vaccinated” people test negative for COVID-19.

Every critical thinker already knows these so-called vaccines have no tangible benefits and a whole lot of deadly risks. Ms. Olivia Kingree died of COVID-19 two months after her second Moderna shot. Mr. Alan Sporn died of COVID-19 two months after his second Pfizer shot. People get these shots due to peer pressure, employer mandates and/or Fauci worship. The injections are all risk, with the only reward being a few minutes of social media clout. Now a nursing home in Belgium has further affirmed the obvious.

The Nos Tayons retirement home vaccinated 98% of its residents in January, according to French-language Belgian newspaper Le Soir. Staff were vaccinated at a 70% clip. But on May 17, a major outbreak commenced at the facility. At least 67 residents tested positive for COVID-19, along with 20 staff members.

Interestingly all of the residents contracted the so-called “Indian variant” while all staff got the “English variant.” All residents were given Pfizer shots on January 8 and January 29, including a 102-year-old resident. Some of the staff received Oxford-AstraZeneca shots. At least 12 residents have died since May 17, all of them over age 87. Two more residents are still hospitalized.

Vaccines cause the variants?

Nos Tayons is run by a division of the Belgian government that specifically guarantees “dignified living conditions for all.” Christie Morreale, a Regional Health Minister, said in a statement that vaccines are effective and have dropped hospitalization rates in nursing homes. Anne-Catherine Roobaert, the director of Nos Tayons, said in a statement that the worst is behind them. But Lara Kotlar, a spokesperson for the Walloon Agency for Quality of Life, said that everything must be scrutinized to determined what happened.

French virologist and Nobel Prize winner Luc Montagnier hypothesized that the vaccines are causing the so-called COVID-19 variants. The English variant, also known as the Alpha variant, seems to positively correlate with Oxford-AstraZeneca injections. For instance, Thailand will eventually get 61 million AstraZeneca doses and started administering them on June 7. The Bangkok Post reported on June 11 that the Alpha variant is the most dominant in Thailand. Further a study by Israeli researchers in April found that the South African variant was eight times more prevalent in Pfizer vaxxed people than in non-vaxxed people.

It’s also no secret that the most-vaccinated countries in the world are experiencing surges in COVID-19 cases. But the Centers for Disease Control (with the WHO following in lockstep) changed the way it tests so-called “breakthrough cases” in April, effectively eliminating the statistical chance of positive PCR tests for vaxxed people. The subterfuges and manipulation continue.

What happened in Belgium is pure euthanasia. There is no other reason to give 87-year-olds an experimental injection unless you want to kill them. But Belgium is far from alone.

The New York State Bar Association concluded last week that Governor Andrew Cuomo likely contributed to at least 1,000 deaths because of his order to admit COVID-19 patients into nursing homes. Germany, Spain, Ireland and the Netherlands have similarly creepy stories of euthanizing the elderly.

Best thing for you to do is worry only about yourself and family. There’s nothing we can do to stop what’s happening, other than keep informing the masses. Stay vigilant and protect your friends and loved ones.

Thanks for reporting on this. As a woman taking care of very aged parents with God’s infinite help, I know if the elderly do not have someone to speak out for them, well, bad things can happen.

Yes, the American thought leaders interviewed the woman who wasn’t able to visit her hub w/Alzheimer’s for 114 days-even getting a job as a dishwasher 2 get IN the home, working w/Desantis in Fla where she lives-& then found they hadn’t cut his toenails ONCE the entire time she was away!

My sis was treated badly and mocked in one in Escondido, & they couldn’t wait to kick her out; they can’t stand having relatives around so they have to earn that Medicare $, & it’s disgusting when people who have NO CLUE about what I’ve seen say,
“Well it’s probably a staffing shortage.”

That is NOT an excuse!

It’s a simple formula for psychopaths….. Give the elderly the suicide jab to exterminate them which reduces pension and medical costs.

This should be a wake up call to everyone NOT to enter a nursing home.

……..or a hospital, drug store, or anywhere people who took the jabs congregate…..because they are “shedding” those spike proteins. And even when they all eventually keel over, there will always be other morons who will go back for a booster.

Liz, have you gotten headaches, or sick from being around people who took shots?
Do any of you know how long they’re “shedding?” This sounds so effin crazy-& on top of that, the mad rush, which is so effing suspicious.
I think they’ve been trying to do this since the got cloning figured out so they can “have the world for themselves.”

A sad world we live in … I have subbed to your website and I use it often to vlogg… on WTM @LeniRiefenstahl. You’re doing His work. Thankyou.

The real pandemic is in the vaccines, exactly the same as the Spanish Flu

This is in line with the animal trials for coronavirus vaccines that were carried out ten and twenty years ago on ferrets and cats respectively. After being vaccinated ALL the animals died within a few months when they were exposed to the wild virus.

This gives rise to speculation that the mortality rate from the so called vaccine will eventually be 100%. This is consistent with the revealed plans of the rulers to reduce the world population to 500 million.