WOODSTOCK, GEORGIA — Pfizer/BioNTech and Moderna rolled out their mRNA shots in late December. Mainstream and social media conditioned the masses to refer to said shots as “vaccines.”

Thousands of people across the globe started posting photos of themselves on social media receiving the shots. Brittany Hall Perez is one of said individuals. The 39-year-old posted a public Facebook photo on January 13 wearing a mask and holding a vaccination record card. 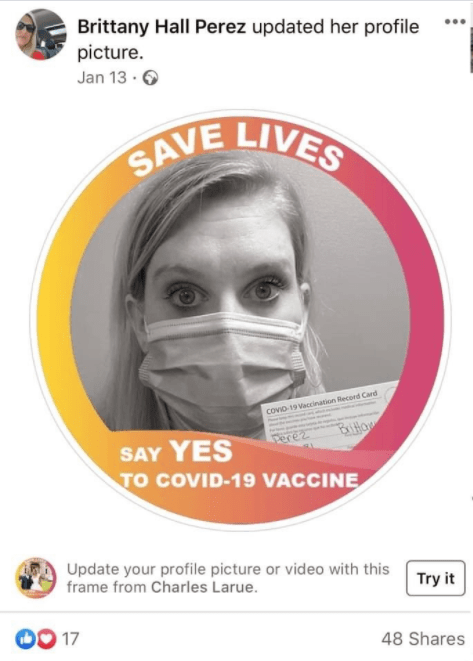 Her obituary says she died on January 13, meaning the mRNA shot killed her within hours. 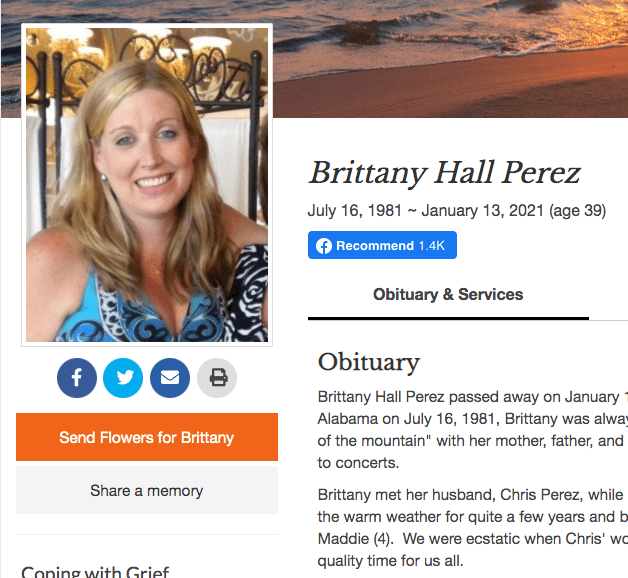 A GoFundMe page is still collecting donations for her two young daughters’ college funds. These types of posts were very common in late December and all of January. But now Facebook and other social media will censor all of these posts to prevent truth about mRNA from going viral.

Guy Rosen, the Vice President of Integrity at Facebook, wrote that the company’s new policy took effect on February 8. Facebook will remove all “debunked” claims about mRNA shots being ineffective, toxic and dangerous. The full list of prohibited content essentially declares that only the Centers for Disease Control, Dr. Anthony Fauci and Bill Gates know the truth about COVID-19 and mRNA shots.

The Biden Administration is working in conjunction with Facebook, Twitter and Google to prevent “disinformation” from going viral, according to the New York Post. It is a slippery slope, as government is now admitting involvement in suppressing free speech. A Facebook spokesperson said that the company will provide the White House “any assistance we can provide” to control the narrative around COVID-19 and mRNA shots.

Despite the new policy, Facebook CEO Mark Zuckerberg does not fully share the government narrative. Project Veritas obtained video of a leaked Zoom meeting between Zuckerberg and other Facebook executives. Zuckerberg violated his own policy when he said in the video, “we just don’t know the long-term side effects of basically modifying people’s DNA and RNA.” Facebook’s new policy specifically states it will remove “claims that the COVID-19 vaccine changes people’s DNA.”

Facebook also prohibits “claims that COVID-19 vaccines do not provide any immunity to people.” Dr. Fauci, Pfizer CEO Albert Bourla, and Moderna Chief Medical Officer Tal Zaks are all on record saying the mRNA shots do not prevent the spread of COVID-19.

Thus all of them are spreading “misinformation,” according to Facebook. 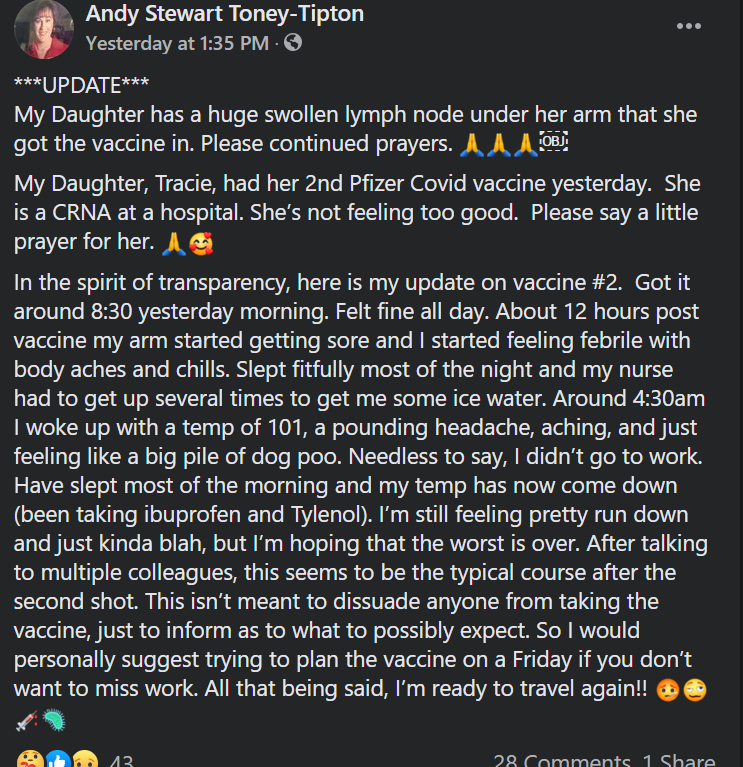 Social media is no longer allowing people to tell their truth about Pfizer and Moderna mRNA shot. 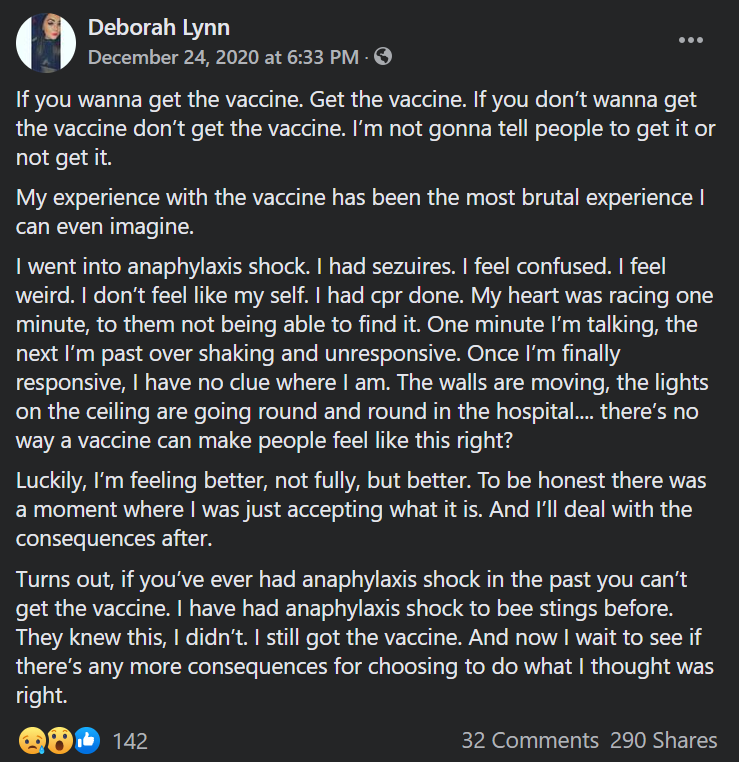 We encourage you to write us directly with stories of adverse effects related to mRNA shots, masks, etc. Simply write to support at thecovidblog.com.

Contact COVID Legal USA today for assistance with representing yourself against mask mandates, mandatory vaccines, and other COVID-related restrictions.

I just don’t know WHY and how these evil bast*rds can get away with THIS!!

This is outright murder!!!!

I just don’t know WHY people insist on believing “it’s safe”, when the signs are obvious: It’s NOT! IF your body goes into one or more of these types of reactions, shortly after ANY shots, it’s because your body is SCREAMING out that it knows it has been poisoned! Of course these reactions are to be expected. Your body is telling you something important.

Just WHY are so many taken in so easily by so much pandering, emotional heart-strings-tugging, and all the other kinds of “peer pressure” to go along? This is textbook “Stockholm Syndrome”, and it is only getting worse! From a nation that once had many of the world’s brightest minds, seems to now have become a nation of utter docility, and absolute helplessness.

We are obviously not long for this world!

Stumbled across your page. Thank you mass Stockholm syndrome
– the Elite elected puppets who with consent became the abusers to a herd that blindly follow. What can you say. Now is the time where the people will choose some will choose the inoculation some will not. Some might die after having it some might die because they didn’t have it.
I think it’s a gut feeling of what feels right for you. Definitely not pressured. For me if there is coercion of any sort especially job related. Then that’s a problem.
I don’t personally know if the souls on this page accepted the shot with happy heart and felt fully informed of any reactions after their threat assessment
or did they put their trust that day in staff. There’s a difference I think