BAREILLY, UTTAR PRADESH — A bank customer and railroad employee is lucky to be alive after a power-drunken security guard completely lost his mind over a mask.

Mr. Rajesh Kumar (aka Rajesh Kumar Rathore) entered a Bank of Baroda branch with his wife on Friday, June 25 at around 11:30 a.m., according to the Indian Express. The Hindustan Times reported that Mr. Kumar is 35 years old, while the Express reported 28. Regardless, the bank security guard, Keshav Prasad Mishra, stopped Mr. Kumar at the door because he was not wearing a mask.

The two men argued for a few minutes before Mr. Kumar exited and returned with a mask on. But the security guard still would not let Mr. Kumar into the bank, saying “it’s lunch time…come back later.” Mr. Kumar attempted walking past the guard. But Mishra, 45, shoved him and then shot Mr. Kumar in the leg. His wife, Priyanka Rathore, is heard in a viral video of the incident asking, “why did you shoot him?” Another person in the video says to the guard, “you will go to jail, you realize.”

Mr. Kumar was taken to the hospital in stable condition. Mishra said that the shooting was an accident. NDTV reported that the guard said the following:

“He did not have a mask. I pointed that out, so he got a mask… but then he started abusing me. We had an argument… there was pushing and shoving, and the firing happened accidentally.”

The World Health Organization (WHO) is now recommending all people, including those who have been fully vaccinated, to wear masks again. So far the Centers for Disease Control has not followed suit. But it’s only a matter of time as mainstream media are really pushing the super-scary “delta variant” hard. Meanwhile, despite the foregoing incident, India continues setting good examples for the world.

The country started using Ivermectin and hydroxychloroquine to treat COVID-19 in May. Cases have almost completely disappeared since then. 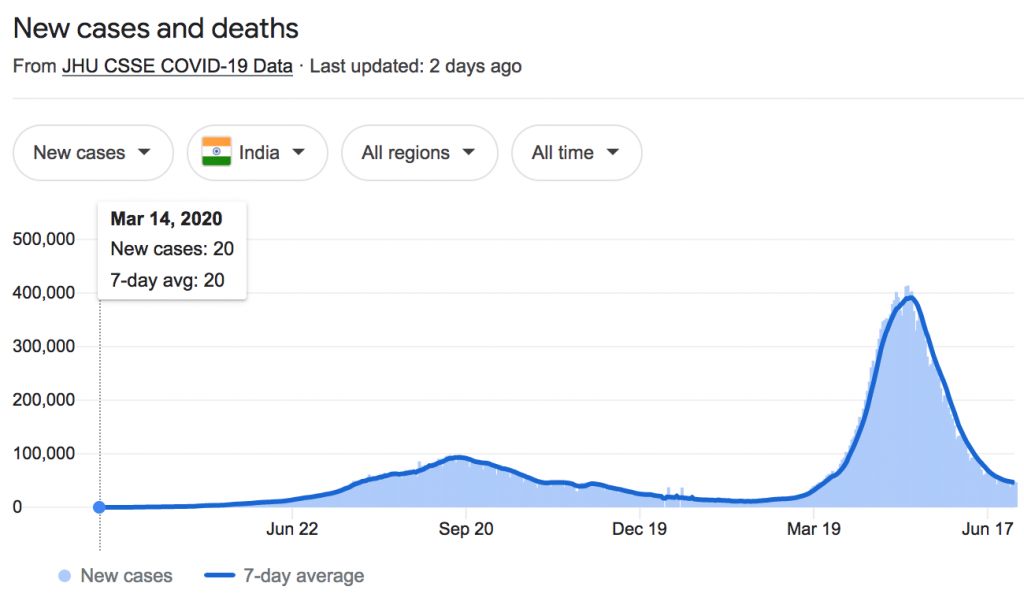 The India Bar Association (IBA) served legal notice on WHO Chief Scientist, Dr. Soumya Swaminathan, for lying about the effectiveness of Ivermectin against COVID-19. IBA has since served a second legal notice to Dr. Swaminathan and WHO Director Tedros Adhanom Ghebreyesus for contempt of court and “aggravated offenses against humanity.” The notice concludes by warning the WHO that they reserve the right to prosecute individuals working for the organization under Indian Penal Codes.

It would be amazing to see a perp walk featuring Dr. Swaminathan. That would be the first major domino to fall in what will be thousands of arrests and prosecutions of everyone involved with this plandemic. In the meantime, stay vigilant and protect your friends and loved ones.

Lock him up and throw away the key.

Seriously, when you shoot someone for not wearing a mask then you know how screwed up this society is. I thought we were meant to shoot people with masks on.

Thanks for reporting the truth.

Yeah…poor guy, just trying to go about your biz. Here in CA my bank said no vax, wear mask (or you can’t come into their banks) which, of course, is the dogmatic C19, paranoid protocol rule of the state. I wrote them a letter asking them to please apologize to me and other unvaxed customers for discriminating against a segment of the population that cannot wear masks; for treating us like second-class citizens; and for enforcing for the state a useless mask rule not only for their unvaxed customers but for their unvaxed employees, a violation of our human rights. I told them masks are dirty and ineffective. I have rec’d no response and do not expect to. Will not visit the bank anytime soon, and am hoping they are not actually checking people at the door! Let’s hope not; that’s just too communist for words, especially in America. I feel sorry for all employees anywhere still required to wear masks on the job. Just not healthy.

it maybe required by Newsom. but most stores don’t ask. just don’t tell them i suppose.

Haven’t had store issues but employers are a different beast.

Hang him. Make an example of him so that any other meat robots tempted to follow his example are discouraged from doing so.