TOKYO — The 2020 Summer Olympics (in 2021) are winding down to the last day of events on August 8. China leads the world in Gold Medals as of publishing with 32, followed by the United States (22). But the most buzz-worthy stories out of Tokyo thus far have little to do with the actual games.

Of course the event was originally scheduled to take place from July 24, 2020 to August 9, 2020. But the so-called pandemic shut it down. The 2020 Summer Olympics were rescheduled for the current summer, but still almost didn’t happen.

A May survey by Japanese newspaper Asahi Shimbun found that 83% of the country’s citizens wanted the games cancelled or postponed again due to rising COVID-19 cases. Japanese sponsors who collectively paid $3 billion to make the games happen, called for yet another delay in June. But a compromise was reached that disallowed spectators at all events. Ultimately Japan would have lost over $41 billion in revenues. The games were never realistically going to be cancelled.

The story of weightlifter Laurel Hubbard was also trending for a few days. Gavin Hubbard is the son of breakfast cereal tycoon and politician Dick Hubbard. Gavin, at age 35, changed his name to Laurel and “transitioned” to being a woman in 2012. 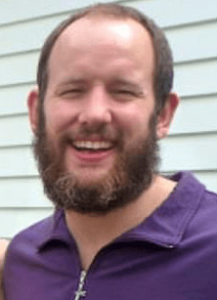 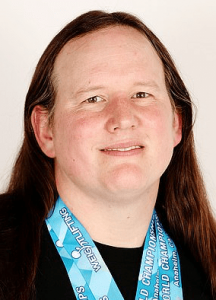 The story fits these surreal, deceptive times perfectly. The International Olympic Committee (IOC) allowed Hubbard to compete against women with two caveats: 1) testosterone levels were below a certain threshold (though Hubbard still had testosterone levels significantly higher than the competition) and 2) Hubbard cannot change back to a man for at least four years.

Despite the physical advantages, Hubbard failed to complete a qualifying lift in the first three tries, and was eliminated from medal contention. Mainstream media still fawned over Hubbard despite the failure. Meanwhile the American Medical Association is now calling for sex to be removed as a legal designation on birth certificates.

The most important stories, however, revolve around two very talented athletes who continue facing adversity and uncertainty due to the “vaccine” agenda. 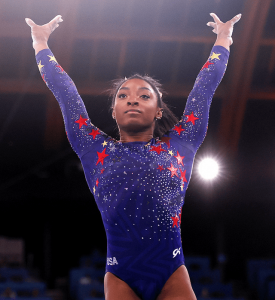 All-world gymnast Simone Biles has owned the headlines since the Olympics started. She has already won more gold medals and total medals overall than any gymnast in history. The 24-year-old was expected to pad her already-insurmountable lead in medals at the 2020 (2021) Olympics. But it never came to fruition.

Ms. Biles withdrew from competition after a very uncharacteristic subpar performance in the Team Finals on Tuesday, July 27. She cited “mental health issues” as the reason for exiting the event. But she said something that caught our attention in the post-match presser.

Ms. Biles said she was shaking and could barely nap. Granted Ms. Biles is a young “zoomer,” and thus more likely to suffer from mental health issues than older generations. But she is a professional athlete who has competed on the largest-possible stages since age 16. She had the opportunity to win six gold medals, which would have been unprecedented. Further, gymnasts have short careers, typically retiring in their late 20s. This may be Ms. Biles’ last Olympics. Thus something more than mental health was going on for her to miss this once-in-a-generation opportunity.

Ms. Biles admitted to suffering from “the twisties.” Gymnasts have a cat-like sense of awareness while spinning and twirling in the air. They sense where they are within fractions of a second to, for instance, successfully land on their feet. The twisties mean that her instinctual radar was off. Twisties can lead to catastrophic injuries since gymnasts could land on their head or neck while performing their craft.

Back in April, Ms. Biles said she would “love to get vaccinated” and encouraged all athletes to become vaccine advocates. ESPN reported on July 19 that all members of the USA Gymnastics Team, including Biles, had been vaccinated.

Non-sports fans do not appreciate how difficult gymnastic are. It takes very gifted, very special athletes to compete in the sport. They risk very serious injury while flying in the air and jumping from beams to bars to the floor.

The IOC encouraged athletes to receive the experimental injections, but did not mandate them. Ms. Biles chose to receive the injections. Nobody can say for sure (except Ms. Biles) what the real issue was/is here. But as we all know, vaccines are the leading cause of coincidences.

Ms. Biles is scheduled to compete in one last event this morning – the balance beam. We’ll update this story later, hoping Ms. Biles shows the world she’s still the greatest gymnast ever.

Jon Rahm damned despite being vaccinated

His resume is impressive. Jon Rahm is the number-1 ranked golfer in the world as of publishing, according to the Official World Golf Ranking. He is ranked number-4 in the FedEx Cup Season Standings. The 26-year-old Spaniard won 11 collegiate tournaments at Arizona State University before turning pro in 2016. He held the number-1 spot in the World Amateur Golf Ranking for a record 60 weeks. He is destined for greatness. But 2021 has done a number on him.

Mr. Rahm was cruising to victory and a repeat as champion in the 2021 Memorial Tournament in Dublin, Ohio. He had a six-stroke lead (-18) on that June 5 afternoon heading into the final round. Barring an historic choke-job or some miraculous comeback by another player, Mr. Rahm essentially had the $1.7 million prize locked up. But right before the final round began, PGA officials told Mr. Rahm on live TV that he “tested positive for COVID-19.”

The healthy, asymptomatic, young athlete was forced to withdraw from the tournament, and lost the huge payday. He was ranked number-3 in the world at the time and surely would have jumped to the top spot with the win.

He received the second dose of one of the experimental mRNA injections before the tournament started. Mr. Rahm told reporters that perhaps this wouldn’t have happened if he received the injections earlier. But Mr. Rahm quickly learned what critical thinkers already know – that COVID-19 and the “vaccines” are arbitrary, random phenomena depending on who does the so-called tests.

Mr. Rahm showed his greatness and incredible composure two weeks later. He shook off the Memorial robbery and won the U.S. Open in San Diego on June 20. It was his first major PGA victory. Mr. Rahm pocketed the $2.25 million prize and regained the world number-1 ranking. Now he had the chance to fulfill yet another dream – winning the Gold Medal at the 2020 (21) Summer Olympics. But the COVID con struck again.

The Spanish Olympic Committee announced on July 25 that Mr. Rahm could not participate in the Olympics because he, again, tested positive for COVID-19. Fauci fanatics and COVID diehards blamed Mr. Rahm for the Memorial debacle because he wasn’t “fully vaccinated,” meaning 14-days out from the second injection. But he was definitely fully vaccinated on July 25 and still tested positive for COVID-19.

What’s worse is that Mr. Rahm said he’s asked several so-called experts how this happened to him. But all of them have provided different, inconsistent answers. He now must wait another three years for a chance to fulfill his Olympic gold dream.

Everyone knows that the experimental injections do not stop the spread of this alleged COVID virus. In yet another high-profile “breakthrough case,” actress Genevieve Gorder said last week that she is sick with COVID-19 despite being fully vaccinated. Further, it’s also becoming clear that the so-called Delta variant is either caused by the Pfizer injections or is simply adverse reactions to the Pfizer injections.

The Centers for Disease Control is tripping over its own lies trying to justify and legitimize COVID-19, vaccines and testing when the entire jig is up. Fortunately for the Great Reset administrators, the global population is obedient, obsequious and easily manipulated.

As this article is being written, Simone Biles just won the Bronze Medal on the balance beam event. Whether her fans and sympathizers admit it or not, bronze is a complete disappointment for an athlete of this caliber. This is likely her last Olympics. Meanwhile Mr. Rahm shook off extreme adversity once. But he’s human. The Olympic disqualification hurt him. And now he must wait and see about potential mRNA adverse effects.

It’s best for everyone, from McDonald’s cashiers to $200 million NBA players to skip the experimental injections. It simply is not worth the 15 minutes of social media clout. Stay vigilant and protect your friends and loved ones.

Only God is my Judge

“But as we all know, vaccines are the leading cause of coincidences.” Great line! I’ll have to remember to use this.

Arby
Reply to  Only God is my Judge

You have to feel for these athletes. Zero crowds and a massive loss for Japan. Olympics are hard to make a profit from. I think they just wanted people parading in mask to reinforce that a deadly virus is lurking everywhere. Japanese are proud people. How can they handle being slaves?

Personally I am waiting for the WHO and the NGOs to vaccinate The Taliban before I roll my sleeves up and get the injections. Good luck with that !!.

Excellent point. Good luck trying to inject the last ‘wild people’ on Earth who defeated the most modern military machine after enduring for 20 years. They cover their faces for a completely different reason. Same goes for the AnsarAllah ‘Houthi’ Rebels of Yemen.

The Japanese have always worn masks on public transport. More than ten years. It’s normal for them. Japanese won’t be lab rats. That’s why they have the most Olympic medals.

they have nowhere near the most medals wtf??

Thanks for info. I was wondering if she took the vaccine when I heard she dropped out.

Why should we feel sorry for athletes who choose to take the vaccine? Them taking the vaccine is just like any other sheep taking it. And remember it’s the sheep who shame us for not taking it and wearing masks.

Simone Biles encouraged others to take the death jab. So why feel sorry for someone who is encouraging others to kill themselves.

As for hero athletes; They are people like any other. Do they uphold God’s standards? Do they care? Caring means knowing? How many know that the covid pandemic is a hoax? How many of them know that and push back against covid 1984?