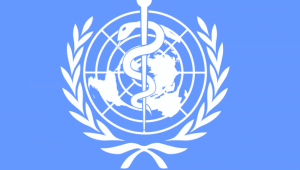 GENEVA, SWITZERLAND — The World Health Organization (WHO) is a division of the Bill and Melinda Gates Foundation. Only the U.S. government gave the WHO more money than Bill Gates in 2016-17; and it was by a fraction of a percent. 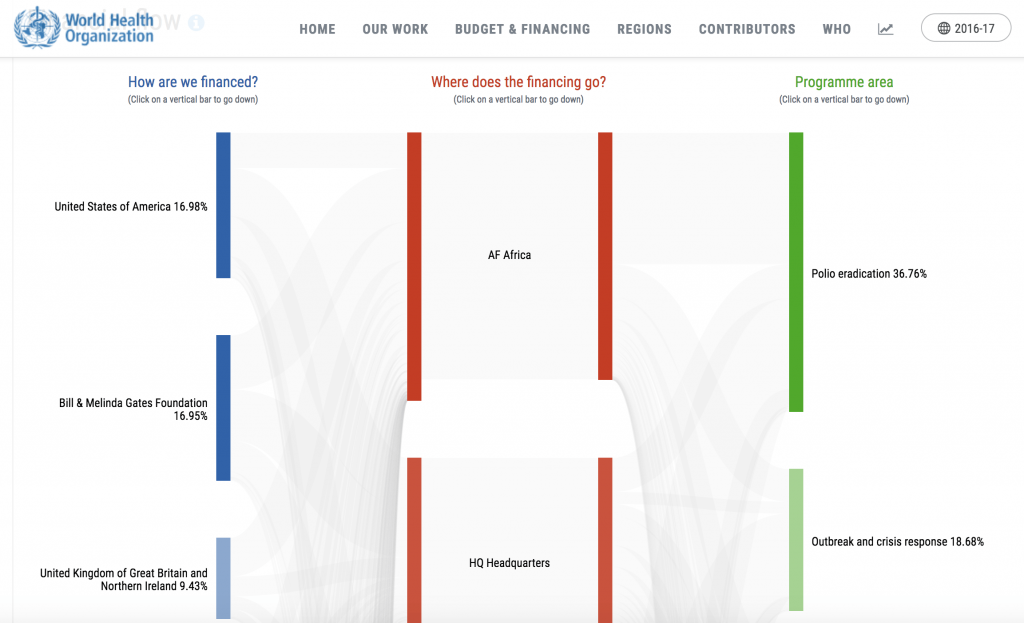 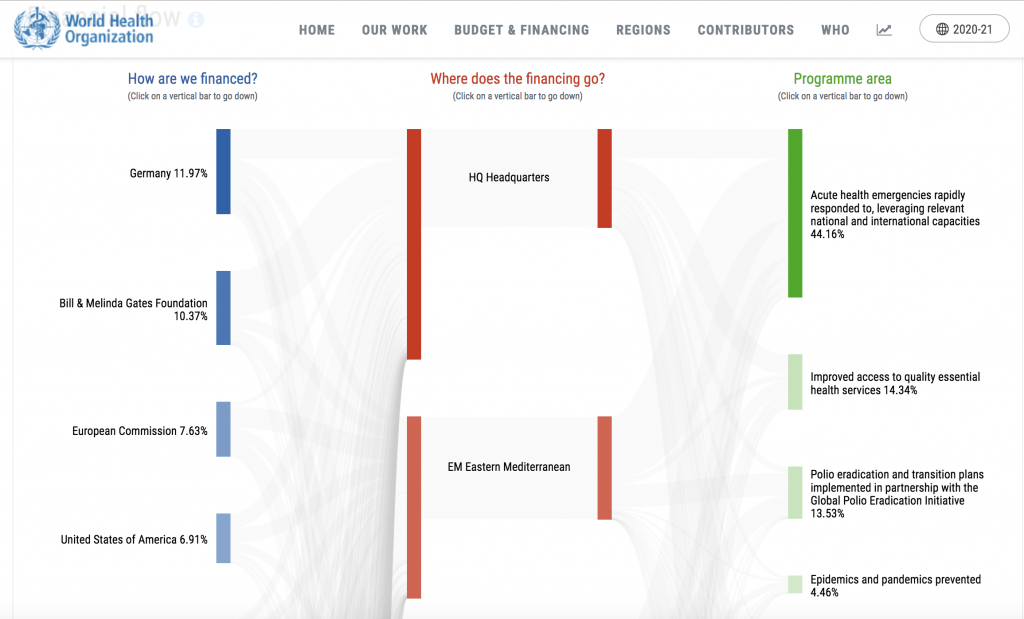 Everyone knows that Bill Gates is a genocidal madman. He has declared numerous times that his goal is for everyone on the planet to receive experimental COVID-19 injections. Further, Gates said at his infamous 2010 TED Talks (coincidentally the same year Fauci first joined the Gates Foundation Leadership Council) that the world’s population can easily be reduced by 10-15% if “we do a good job on…vaccines.”

Many people, including this blogger, were absolutely shocked to discover the WHO page that says children should not be vaccinated against COVID-19. It went viral on Twitter, Reddit and several other social media platforms in the last 48 hours.

The directive was quickly archived by numerous people. Our screenshot contains the original (and current) URL. The oldest version is from April 8. Thus the WHO has been recommending against vaccinating kids for over two months. 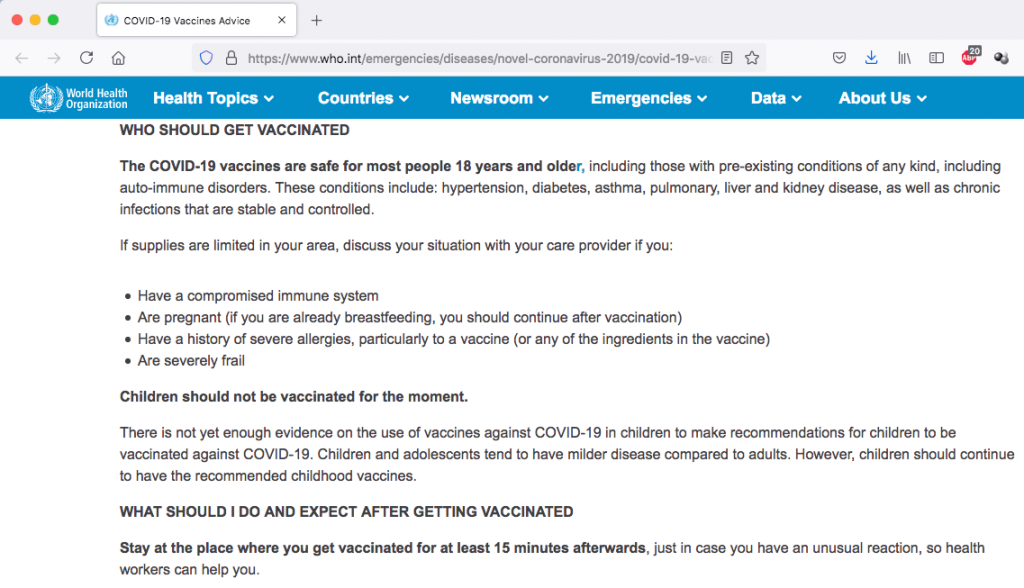 But sometime between 8:17 p.m. Eastern and 11:43 p.m. Eastern last night, the WHO changed the announcement. Below is the current version, with the link here. 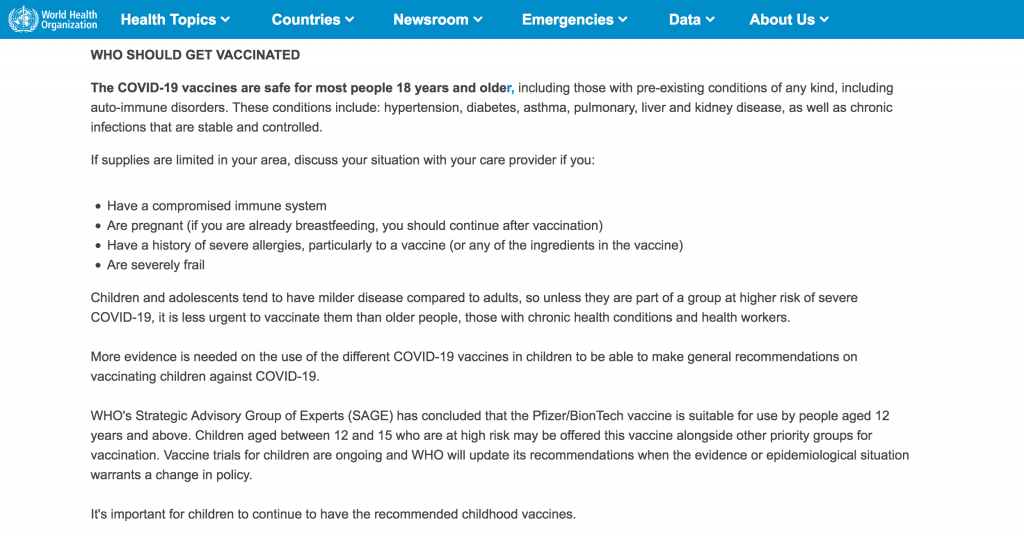 Here is a screen recording of the page. The tab was left open overnight on my computer. When the page was refreshed, the text changed.

This story doesn’t need much analysis. Real, unbiased scientists at the WHO, with no political or genocidal agendas, posted useful, important information for the world to see. It somehow went undetected for quite some time until viral dissemination these past two days. Someone emailed the boss, Bill Gates, and he ordered the change. Someone likely lost their job, or worse.

Nobody should receive these experimental shots, especially young people with no risk of dying from COVID-19. These injections cause deadly blood clots in everyone and myocarditis (heart inflammation) in young people.

Of course the bought-and-paid for Centers for Disease Control recommends everyone over 12 years old get these shots. The genocide is real. The propaganda is real. It’s exhausting. But critical thinkers have a responsibility not only to themselves, but to those too weak and obsequious to think for themselves. Stay vigilant and protect your friends and loved ones.

At this stage, I blame the parents.

We went golfing today and there were two teen boys golfing in front of us, they let us play through. So when they came up to us while we waited to tee off, I debated if I should ask them if they got the covid shot. I decided too bad I was going to ask. So I asked them if they had gotten the vax and they said no. I told them not to get that vax because it could kill them or give them inflammation of their Hearst especially in boys. They seem very concerned, so I was glad I told them not to do it. So I hope they either check it out for themselves or just take a strangers advice and pass on the vax.

Planting the seed of doubt is important whether in strangers or people we know. Yes, some will get ticked off but maybe that’s a good thing since it’s the truth that bites and might get through to them. Lies are what people say to keep things “nice” or to manipulate while seeming nice.

Zoe, that is such good news, that their minds were open. Young men especially seem a little more healthily skeptical of all this, teens and 20s. This analogy tells it in a way that hits home for them. I present it thus to youths (or “yutes” ;^) —

Say you have a pretty good car, you’re happy with it, it runs fine, not perfect but fine. I have a deal for you — I will trade you straight across for this experimental and better new car! But these are the terms: once you accept it, you can never get your old car back again AND if something goes wrong in the new car, like the brakes were faulty and you ended up getting in a wreck and killing someone — you cannot sue us, we are not liable, you are on your own.

Would you take that deal?

Bill Gates should be charged, jailed, sentenced and hanged. Crimes Against Humanity. He’s not hiding anything, even the fact about lowering the population with vaccines & more.
Demon, delusional rich man.