NICOSIA, CYPRUS — A 39-year-old British model living in Paphos, Cyprus, is dead after chronicling her last days on Facebook. 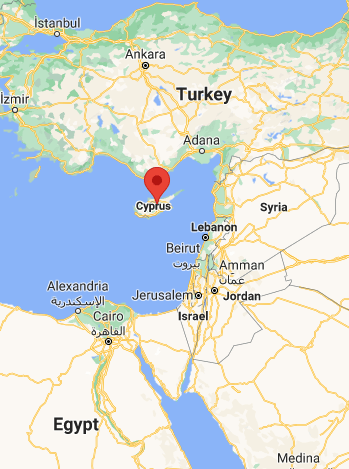 Ms. Stephanie Dubois received the first dose of experimental AstraZeneca viral vector on May 6, according to her Facebook page. 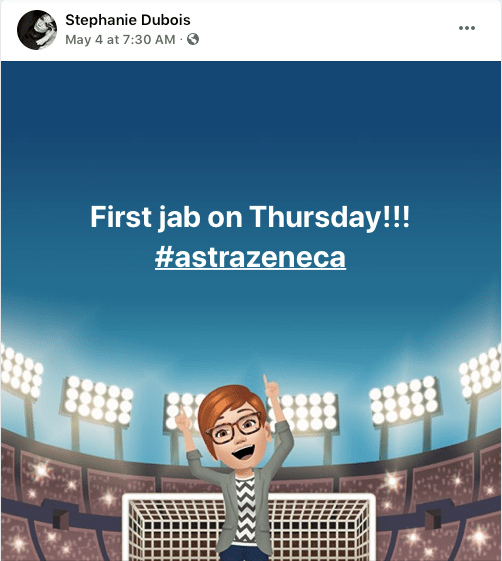 She wrote that she hates needles, feels horrible and is in bed eating pizza after receiving the injection. 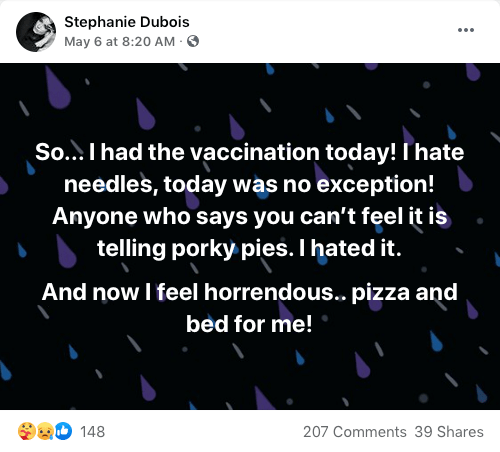 Ms. Dubois posted a somewhat lengthy, very sad update on May 14. She spoke of body shakes, stiff joints, headaches, dizziness, cold spells, and difficulty breathing. Ms. Dubois apologized to fans and clients as she had some sort of modeling event scheduled for the next two days that she was forced to cancel. 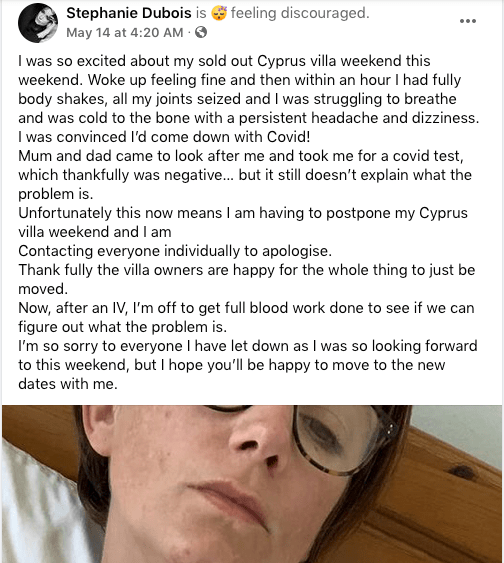 Later that day, she wrote that her blood work showed high white blood cell counts. That typically means your immune system is reacting to some sort of infection or foreign invader. Ms. Dubois said her whole body hurts and conceded she is likely having an adverse reaction to the AstraZeneca shot. 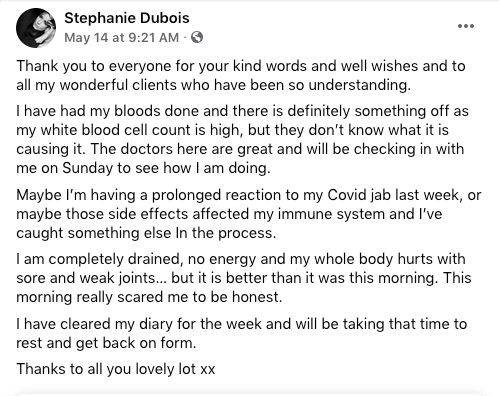 Her next, and final update, came on May 18. She posted a picture of what appears to be a badly-bruised arm, perhaps the site where she was injected. The photo is captioned with “I still don’t like needles.” 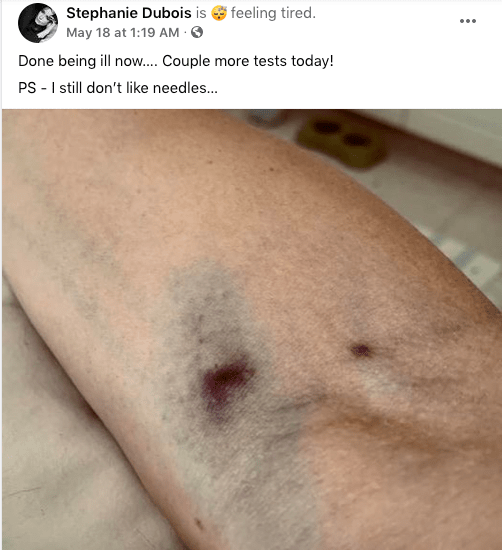 At some point thereafter she was admitted to Nicosia General Hospital. The Cyprus Mail reported that she “suffered a brain hemorrhage,” indicating blood clots and/or ruptured aneurysms. Ms. Dubois passed away on Saturday, May 22.  Cyprus health authorities said the European Medicines Agency (EMA) is “investigating” to determine whether or not the shot caused her death. Of course, we already know what the result will be.

Ms. Dubois worked as a model for seven years. A GoFundMe page is collecting funds for funeral costs.

One of the most difficult parts of writing these stories is reading mainstream media accounts thereof. Anytime they cover one of these stories, 60% of the content is advertising copy for Pfizer, Moderna, AstraZeneca, Johnson & Johnson, etc., with CDC, EUA and WHO talking points sprinkled in. But this is how they indoctrinate a large percentage (majority?) of the global population. Regardless it’s still difficult to understand why anyone would eagerly volunteer for poisonous, deadly, experimental shots.

What’s happening is a voluntary purge. There’s simply no other way to look at this. Governments are likely to start forcing these injections when all the low-hanging fruit is gone. Of course that would cause major issues in the United States, considering most of us are armed. But these people are willing to sacrifice a few of their cops and soldiers to fulfill this agenda.

The bruising in the photograph is from the drawing of blood for the blood tests that were carried out, not from the mRNA injection which is done on the upper arm. For the doctors to say that they don’t know the cause given the thousands of adverse events and deaths already reported is frankly appalling.

It looks to me as though someone doesn’t know how to draw blood or they haven’t drawn a heck of a lot of it. This is shameful.

“What’s happening now is a voluntary purge.”
It sure looks that way. I know in my bones that the Almighty will throw a monkey wrench into it and foil those smarter-than-God men and women, and that He also has a lot of miracles up His sleeve at all times.
I expect that in days to come, good and righteous folk will need to remember just Whose is vengeance, as many good people, myself included, will be sorely tempted to assist the Almighty in business that He alone conducts. Vengeance is only for the Lord, I hope folks will remember when the truth about these injections finally becomes “public.”

Self defense is for the people

The covid shot is supposed to be an intermuscular injection. However, I read somewhere that there has been a shortage of long enough needles to do provide the shot in the appropriate manner. I have very little medical knowledge so far as performing shots, but first thing I thought too when I saw the photo was that the vaccine was mistakenly injected intravenously. Thank you for clearing that up, David Robertson.

Such a shame. A pretty face gone from this dark and ugly world. She looks like my type. Oh well. Reap what you sow, sheep.