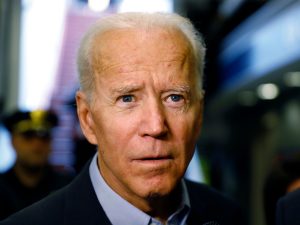 NEW ORLEANS — The U.S. Fifth Circuit Court of Appeals has spoken, and the Biden Administration is cooperating to avoid contempt of court charges.

The Occupational Safety and Health Administration (OSHA) was tasked with enforcing the Biden vaccine mandate, which is technically called “OSHA’s COVID-19 Vaccination and Testing Emergency Temporary Standard (ETS).” The mandate went into effect on November 5 and was officially published as 86 Fed. Reg. 61402. But several states and private companies immediately challenged the Constitutionality of the mandate that same day.

We provided extended analysis of the Fifth Circuit decision this past Monday.

The Court issued an immediate injunction, enjoining enforcement of the Executive Order on November 6, pending a response from the Biden Administration. The preliminary injunction was reaffirmed last Friday. OSHA updated its website today, confirming that it has suspended all activities related to enforcement and implementation of the vaccine mandate as a result of the Fifth Circuit’s decision.

The court ordered that OSHA “take no steps to implement or enforce” the ETS “until further court order.” While OSHA remains confident in its authority to protect workers in emergencies, OSHA has suspended activities related to the implementation and enforcement of the ETS pending future developments in the litigation.” 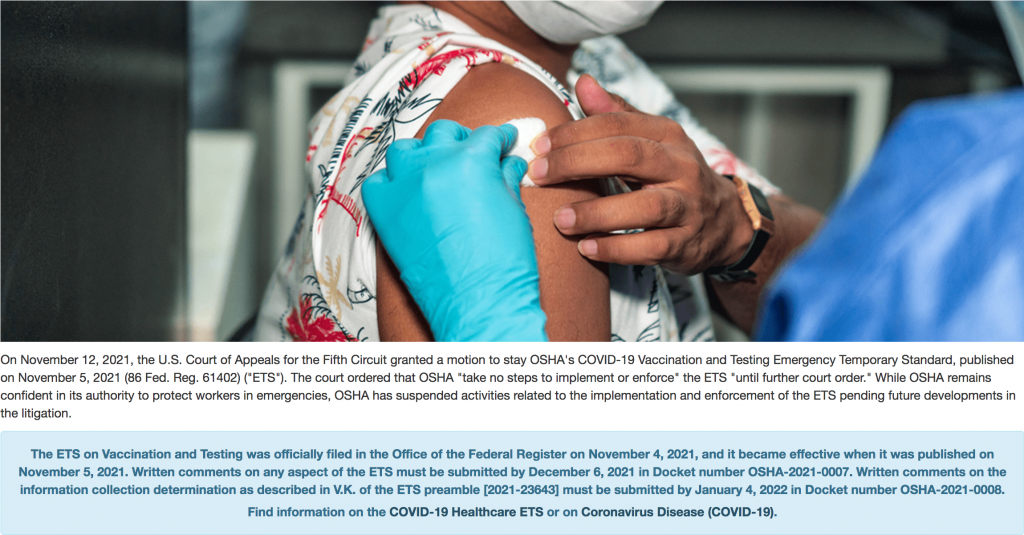 In normal times, this would be trending news. But mainstream media are silent, and big tech is censoring this major development in these dystopian times.

As we noted on Monday, the Fifth Circuit rendered the Biden mandate unenforceable in Louisiana, Mississippi and Texas. It’s now unenforceable nationwide. Thus any and all companies implementing mRNA and viral vector DNA mandates are doing so on their own volition. There are several more lawsuits still pending in other courts that also seek to enjoin the Biden Administration’s mandate. Ultimately all of said cases will be combined and decided by the U.S. Supreme Court.

Of course some states and cities (e.g. Oregon, Los Angeles) still have their own mandates and vaccine passport rules. But there is no federal mandate and do not allow your employer to tell you there is.

Uh-oh. Sniffer Joe is going to be angry!

He has no clue what’s happening. Crab brain Joe

Yeah, I’m not sure he even knows he’s president or that he ever made an executive order, to begin with.

I bet the globohomo mafia is getting angry with Biden. He hasn’t delivered his quota of Americans consecrated with the Rite of Holy Vaccination. And if someone doesn’t deliver, they have to pay the piper, and the price is severe. I predict Biden won’t be puppet President for too much longer.

Rox
Reply to  Eric the Red

Agree. When he told us “He is losing his patience with us”…..I think that was his handlers telling him that they are losing their patience with him to deliver.

ABC news and USA TODAY news websites this morning, not a single word anywhere I could find about the injunction against the mandates and OSHA standing down. It’s almost like they want people to continue believing the mandates are still active and required so they’ll go and get vaxxed or something…

in case you doubt it : Worldwide, almost in every country, mainstream media are people main enemy.

Since Creepy Joe’s Admin no longer cares about the Rule of Law, they will not accept any court rulings if it goes against their agendas, hence it will be up to the States to kick OSHA out. I think each agency could become weaponized to enforce Biden agendas so we’ve probably haven’t seen the last of these suicide vax mandates.

There are lots of industry that won’t ever enforce it. It’s suicide to kill off your own work force. The covid narrative is getting stale and hard to keep going as more people get sick and die from the vax. Not sure the El-Ites are truly monolithic. They’d like us to think that but I’m sure there’s dissension in their ranks as well.

This is great news. Thank you for reporting on it.

Looking at the photo of Biden, the first thing that comes to my mind is….

I was thinking more of:

They are hoping people will jump the gun and get the vaccine regardless of it eventually being legal. That is why I urge people to hold off till the last minute if you intend to get it.

I am 67 and Still Unvaccinated and I REFUSE TO COMPLY WITH THIS VACCINE THAT MURDERS PEOPLE, AND NOW EUTHANIZES THE CHILDREN OF THE FUTURE. THESE PEOPLE THAT MANDATE SHOULD BE ARRESTED

And take a dose of their own medicine too.

It is true – the head of CDC could not tell Senators what % of them have been “vaxterminated” – White House Staff, Congress and their staff, Pfizer and their employees, et cetera, are exempt? This is ridiculous! They should go first! Maybe they know something about their little “vaccines” (AKA gene therapy)?