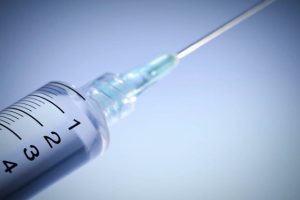 UNITED STATES — Healthcare workers are considered “essential” for vaccine distribution purposes. But state and federal officials are learning that many of said workers don’t want the experimental mRNA shots.

A survey by Surgo Ventures found that 15% of healthcare workers turned down mRNA shots after being offered said shots. Allied health workers (e.g. EMTs, nursing home workers, etc.) had a 22% refusal rate. Both groups cited lack of evidence and proof of efficacy for turning down the shots. A Morning Consult survey found that 23% of healthcare workers are refusing the mRNA shots.

Ohio Governor Mike DeWine told the Columbus Dispatch in late December that 60% of nursing home workers already turned down the shots. He said the state will not force vaccinations, but wished there was “higher compliance.” California has a similar dilemma. An estimated 50% of Riverside County frontline workers refused the shots when first offered, according to the Los Angeles Times. The report found that half of employees at St. Elizabeth Hospital in Red Bluff rejected the shots. About 30% of Los Angeles County frontline workers rejected the shots.

Texas is also seeing mass vaccine hesitancy among healthcare workers. Dr. Joseph Varon told NPR that half of the nurses at  Houston Memorial Medical Center are refusing to get the shots. Houston Methodist Hospital is trying to mitigate vaccine hesitance at its facility. It’s offering a $500 bonus to all of its 26,000 workers who take the mRNA shots.

Healthcare workers in Alabama are also very hesitant. Only half of the staffs at USA Health in Mobile and East Alabama Medical Center in Opelika said they would willingly take the shots. New York also has mass hesitancy. Mitchell Katz, CEO of NYC Health + Hospitals, said at a press conference that half of New York City frontline workers are refusing the shots.

Trinitas School of Nursing in New Jersey recently told all students that they must get mRNA shots or drop out of school. Most Americans simply do not know how to fight against vaccine mandates or fear it costs too much to hire a lawyer.

COVID Legal USA has already helped several dozen American workers keep their jobs without getting mandatory vaccines. We help pro se (self represented) individuals articulate their legal and moral positions, and help navigate the complex U.S. judicial system. Your assigned legal writer helps you determine the best course to quickly and forcefully nip vaccine mandates in the bud so you can get on with your life. Our services cost a fraction of attorney retainer fees; and you remain in control by representing yourself.

Thank you for this website & your posts! As a home healthcare worker, I’m astounded at how many people are lining up for this experiment. I tell people, if we are allowed to be offended by anything these days, then I’m offended that this “vaccine” is parading around as a vaccine when clearly isn’t not. Biologically, it doesn’t share any semblance to a vaccine. It’s a gene therapy and I’m not interested in taking it at this time. I live in Houston & I never really know how many healthcare workers are jumping on board or not. I’ve collected a few articles about trying to “coerce” people to get this thing, and I’m always seeking alternative media such as yours for vaccine dissenting information. Thanks for your work!

I am refusing the vaccine, also. It is merely experimental with not enough time to study the adverse long-term effects of the immunization. If they try to make it mandatory where I work as an RN, I’ll continue to refuse.

Lefties see their movie stars, politicians, musicians….they are all parroting to their fans to get the shot. Then video evidence shows these same people taking taking a fake vaccine shot (I.E. multiple photo opts of taking the shot, shot with the cap on, the fake needle video, etc)

But wait, they removed that check and balance in the name of made up histeria.

All of you who voted for this and sheepishly got the vaccine, sleep in the bed YOU made and good luck lol