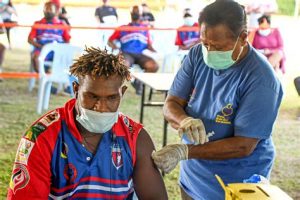 We’ve now been through an entire NFL season, NBA season and NHL season without seeing an athlete collapse and die on the field, court, or ice, respectively. There have been a few close calls though. Twitter users thought Los Angeles Chargers tight End Donald Parham, Jr. was suffering some sort of medical episode in a game against the Kansas City Chiefs on December 16. But that incident was likely due to Mr. Parham banging his head on the turf.

The Miami Open tennis tournament in March and April was the most obvious vaccine casualty sporting event thus far in the United States. A total of 15 players dropped out of the tournament for various reasons. And these weren’t just any players. Spaniard Paula Badosa is the world’s number-3 women’s player, and was favored to win the Miami Open. But she was forced to withdraw from her quarterfinals match during the first set against Jessica Pegula. Ms. Badosa tweeted after the match that she was “struggling with illness.” 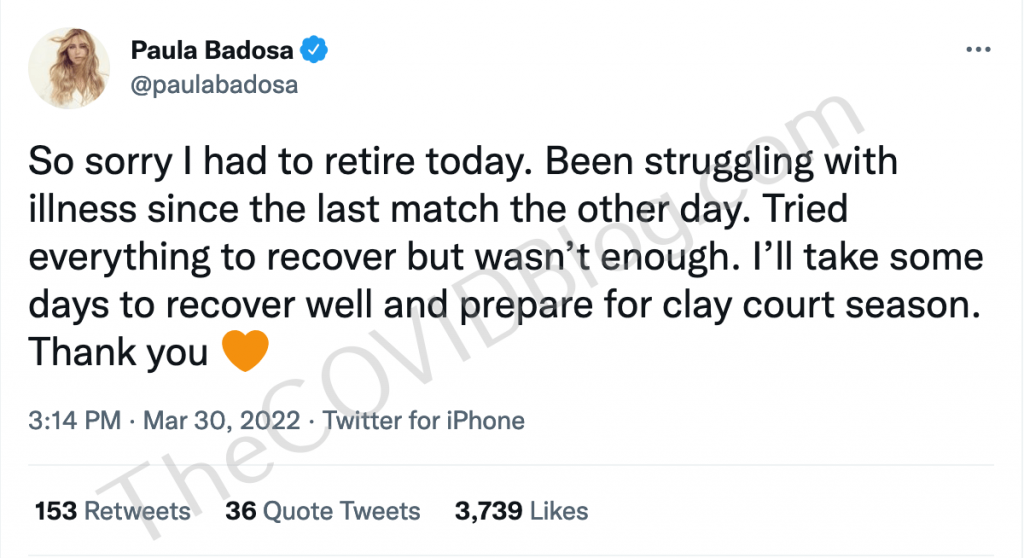 Italian Jannik Sinner is the current number-12 men’s tennis player in the world. He withdrew from his match against Argentinian Francisco Cerundolo, citing blisters on his feet. Granted it’s not unprecedented for tennis players to withdraw due to blisters. But 15 players dropping out of one tournament has never happened prior to 2022.

Most of the athlete deaths across the globe are young, likely fully-vaccinated and boosted soccer players. None of the following three athletes fit that bill.

Mr. Musa Askan Yamak was a 38-year-old boxer from Alucra, Turkey. He resided in Germany. Mr. Yamak won youth boxing championships in Europe and Asia, according to several sources. He turned pro in 2017 at age 33, which is relatively old for a rookie professional boxer. But he amassed an 8-0 record, including a win over Belarus boxer Siarhei Huliakevich on November 13, 2021. That fight earned Mr. Yamak the WBFed International light heavyweight boxing title.

Mr. Yamak was fighting Ugandan Hamza Wandera on Saturday, May 14 in Garching, Germany. He took a few hard blows in the first two rounds from Wandera, but nothing unusual for a light heavyweight boxing match. When Mr. Yamak stood up to start the third round, he suddenly collapsed to his knees and started convulsing before losing consciousness.

Paramedics could not revive him. Mr. Yamak died later that evening at a local hospital. The cause of death was listed as a heart attack. Some are blaming a few hits Mr. Yamak took in the second round for his death. But it’s damn-near impossible to get killed in a boxing ring anymore.

Kim collapsed and fell into a coma. Doctors discovered a brain bleed at the hospital. Kim died four days later. The standing eight count was implemented by the Nevada State Athletic Commission after the fight. The World Boxing Council also shortened title fights from 15 rounds to 12 after that.

If any boxer was going to have a body count, it would have been Mike Tyson from 1986 to 1990. Hell, even Tyson in the year 2000 made Andrew Golata quit the match, and also quit boxing for three years after this punch.

But even Tyson never killed anyone in the ring. There’s no definitive evidence pointing to Mr. Yamak receiving the injections. But we all have a good idea how and why he died.

Mr. David Alejandro Gómez Flores was a 24-year-old organizational administration major at the University of Guadalajara. He was also a judoka on the school’s judo team. Mr. Flores was participating in the National University Games in Ciudad Juarez on Saturday, May 14. He was in the middle of his 100 kg (220 pound) match when he began “feeling dizzy.” Mr. Flores collapsed onto the mat.

Medical personnel immediately commenced CPR. Mr. Flores was rushed to a nearby hospital, with vital signs still intact. But he passed away later that evening. His cause of death was listed as cardiorespiratory arrest. There’s no definitive evidence that Mr. Flores received the injections. But his death is consistent with many others we’ve covered here.

Mr. David Reichman was a 32-year-old social worker and clinic manager for Field Trip Health in New York. He had just finished the 13.1-mile Brooklyn Half Marathon this past Saturday when he suddenly collapsed at around 9:30 a.m. Paramedics rushed him to Coney Island Hospital. But Mr. Reichman was pronounced dead less than an hour later.

The New York Fire Department reported that 16 other runners were also taken to the hospital with various injuries. It appears mainstream media and their cohorts are trying to blame “extreme heat” for Mr. Reichman’s death and all the injuries. But the temperature was around 70 degrees Fahrenheit (21 degrees Celsius) when the race ended. Humidity was at 83%, but that’s still comfortable conditions.

Mr. Reichman died of cardiac arrest, according to local reports. New York Road Runners, the parent organization for the Brooklyn Half Marathon, required all participants to be fully vaccinated.

No athlete is safe

Any American college basketball fan who is near the same age as this blogger remembers the name Ademola Okulaja. He played on that University of North Carolina super team, alongside Vince Carter and Antawn Jamison, that went to the Final Four three times (1995, 1997, 1998), and lost three times.

Mr. Okulaja went undrafted in the NBA. But he played professionally for 10 years in several countries, including his native Germany, Russia and Spain. Mr. Okulaja passed away in Germany at age 46 on May 17, 2022. Reports say he died from “a recurring cancer that he first had 14 years ago.” Of course that sounds all too familiar here.

Again, it’s going to take an NFL or NBA player dying during a game for Americans to take notice en masse as to what’s happening. This blogger is believing more and more everyday that NBA and NFL players are too valuable to their “owners.” Thus all of them who received shots at their respective team facilities got placebos. Most of the snoozers accept the heat exhaustion excuse for Mr. Reichman’s death and the other 16 hospitalized runners from last weekend. At this point, trying to convince the lambs is a waste of time and energy.

You got this right. Mainstream media said heat and humidity and everyone believed it. Sheeple indeed. I looked up the temperature that day and it wasn’t that high or that humid. Clot shots strike again. It’s sad that it’s striking down healthy people in their prime.

you are absolutely correct about american athletes receiving placebos. a few went out on their own to get one and maybe a few real shots were administered, but by and large they got saline solution. since they are not having “medical episodes” and “dying suddenly” like all other world athletes, it is proof positive that they got placebos.

Exactly, sports keep the people pacified while the elite continue their plan

my husband and i became big tennis fans when our now-21 year old girl started playing many years ago, and i’ve been dreading to see who all will be affected. Jeremy Chardy is the only one i know of who’s definitely been sidelined due to the shots he got last year, but as the article says, the Miami Open was just insane, and like at Indian Wells, there were some matches where players had to have a medical timeout for stomach issues, but who were able to keep playing after meds and the bathroom. specifically i’m concerned for Paula who’s #3 like you said, as well as #2 Barbora Krejcikova, and #9 Danielle Collins. all three had breakout years last year, and are currently at their highest rankings. Danielle was dxd with rheumatoid arthritis a year or two ago, and also had surgery for endometriosis last year, so her health can look shaky at times, but she has looked downright ill several times since the fall, as have the other two. then there are those folks my husband and i notice haven’t played in many months, and i can’t help but wonder if it’s those damn shots keeping them from tournaments. right now they’re playing the French Open, where it’s been in the 60s and 70s with some drizzle and rain, so nothing compared to Indian Wells and Miami as far as heat and/or humidity, which i have a feeling make conditions worse for any sort of shot reaction.
Brian, as far as the deaths and maimings you write about in which cases the shot statuses are unknown, i’m convinced that if they didn’t have them, then they were shed upon by those who had, and their bodies reacted just the same.

Damn! That Mike Tyson shot in this article made me flinch and jump out my chair. The sound of that punch was worse than the visual. Damn! How Golata even came back three years after that is a miracle!