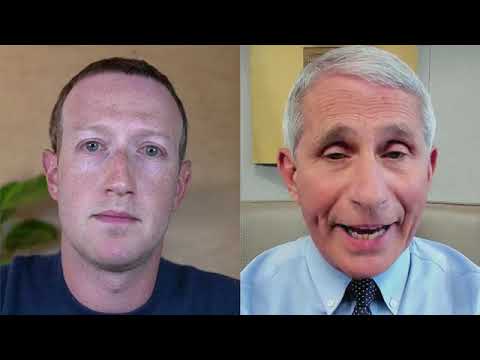 MONROE, LOUISIANA — The First Amendment and freedom of speech faced an interesting and monumental test in 2012.

The case started in 2007 when Mr. Xavier Alvarez was a board member with the three Valleys Water District in Los Angeles.

As a new member of the board, Mr. Alvarez introduced himself as “a retired Marine of 25 years.” He also told the board that he was awarded a Congressional Medal of Honor for his service. But Mr. Alvarez never really received a Medal of Honor. In fact he never even served in the U.S. military.

Just a few months earlier, President George W. Bush signed the Stolen Valor Act of 2005 into law. Anyone who wore a military uniform and/or lied about military service for profit and/or advancement faced six months in prison under the law. Lying about receiving a Medal of Honor was punishable by up to one year in prison.

The U.S. District Court for the Central District of California found Mr. Alvarez guilty and sentenced him to three years probation. But the Ninth Circuit Court of Appeals vacated the conviction. It ruled that the Stolen Valor Act was unconstitutional because it violated fundamental free speech rights protected by the First Amendment.

RELATED: Another “conspiracy theory” comes true with Joe Biden’s Disinformation Governance Board as part of Homeland Security (May 3, 2022)

The U.S. Supreme Court, in a divided plurality decision, affirmed the Ninth Circuit ruling. Four justices ruled that the law was unconstitutional on First Amendment grounds. Just because Mr. Alvarez’s statements were false, doesn’t mean that speech is unprotected and cause for criminal punishment. Two more judges concurred, but on different grounds. The Court wrote something very similar to what this blogger wrote last week about the new “Disinformation Governance Board” (DGB):

“Permitting the government to decree this speech to be a criminal offense, whether shouted from the rooftops or made in a barely audible whisper, would endorse government authority to compile a list of subjects about which false statements are punishable. That governmental power has no clear limiting principle. Our constitutional tradition stands against the idea that we need Oceania’s Ministry of Truth.“

Congress ultimately re-wrote the law based on the Court’s guidance. President Barack Obama signed the Stolen Valor Act of 2013 into law on June 13 of that year. But now the Attorneys General for Louisiana (Jeff Landry) and Missouri (Eric Schmitt) are implementing the Alvarez case in an 84-page lawsuit filed on May 5 in the Western District of Louisiana. It names several federal government officials as defendants, including Joe Biden, Anthony Fauci, Surgeon General Vivek Murthy, the CDC, the NIH and Homeland Security.

We’ve all heard it before. “Facebook is a private company. It can censor whatever it wants.” That is true, except for when the censorship is directly ordered or coerced by government. The Supreme Court, in the 1973 case of Norwood v. Harrison, ruled that it is self-evident pursuant to federal and common law that the government “may not induce, encourage, or promote private persons to accomplish what it is constitutionally forbidden to accomplish.” In other words, the First Amendment applies to private companies that are coerced or induced by the government to execute an illegal act – in this case censorship.

The most egregious allegation in the lawsuit is the censorship of the Hunter Biden laptop story across all social media platforms during the 2020 Election. Facebook, Twitter, et al. called the story “disinformation.” But 17 months later, after Biden won the election, The New York Times, Washington Post, and others admitted that the story was legitimate. Another example was the indisputable proof that Fauci funded gain-of-function research in the Wuhan Institute of Virology, and that COVID-19 plausibly leaked from said lab. Facebook completely censored all mentions of the lab leak theory. But months later, Facebook admitted that it ended said censorship “in consultation with” government officials.

The complaint also mentions social media censorship of anything related to the true efficacy of masks, vaccines, lockdowns, and mail-in voting. Section 230 of the Communication Decency Act (47 U.S.C. § 230) “artificially empowered and subsidized the growth of social-media companies and their censorship policies.” Said law also “provide[s] immunity to social media firms that fostered the aggregation of power in the field into a concentrated cluster of powerful social-media firms. And it directly fostered, protected, and encouraged the development of speech-censorship policies.”

The lawsuit lists several examples of direct threats to social media companies from Biden and Democrats if said companies did not censor certain individuals and content.

The U.S. Supreme Court calls social media “the modern public square” and “perhaps the most powerful mechanisms available to a private citizen to make his or her voice heard.” The federal government is directly instructing and ordering social media platforms to censor and “shadow ban” disfavored speech, in violation of the First Amendment, according to the lawsuit. Facebook, Google, Twitter, etc. are executing government actions by censoring factual and otherwise information that is contrary to the narratives being pushed by the White House, the pharmaceutical industry and mainstream media.

The Attorneys General seek declaratory relief, along with preliminary injunctive relief to immediately halt the DGB pending the outcome of this case. Read the full lawsuit here.

What this all means

Last week, we wrote that it takes only one lawsuit to stop the illegal “Disinformation Governance Board.” Attorneys General Landry and Schmitt deserve credit for using their platforms and resources to take this important step in protecting free speech. The lawsuit asks the court to preliminarily enjoin not only the illegal DGB, but also all the government-sponsored censorship on social media. The lawsuit, however, does not contain a formal motion for preliminary injunction, which would need to show that the Plaintiffs are in danger of suffering irreparable harm. But the lawsuit hasn’t even officially been served on the Defendants as of publishing. There’s a long way to go.

Many of our pro se COVID Legal USA clients desire to circumvent the Equal Employment Opportunity Commission (EEOC) and go straight to the courts to litigate their wrongful termination and First Amendment religious claims related to vaccine mandates. And we’ve seen several of them get past the initial demurrer stage of their federal cases. That’s because you sue your employer as a government agency acting under color of law versus suing pursuant to Title II of the Civil Rights Act. The previous is a bit more complex than the latter. But again, it’s the same legal philosophy Attorneys General Landry and Schmitt are using for the courts to view Facebook, Google, etc. as government and not private entities.

We’ll update in due course. Stay vigilant and protect your friends and loved ones.

The evil empire is getting desperate. They are throwing all their tricks and strategies against all who stand against them. Cracks are showing as they do not own the narrative anymore. While there are the sheeple, there are more people awake to what is happening. I’m just not sure if it will end in violence/civil war yet. But stay strong and time to go on the offensive. 👍

This is certainly very good news and makes you wonder where are the other red state attorneys general.

Counting their cut of the $30 billion NIH payoff dough. Red state or blue state doesn’t matter. They are all part of the club that us peons are not allowed to join.