NORTH SOUND, ANTIGUA — Two Jamaican cricket players collapsed on the field of play in what is being dismissed as another coincidence by mainstream sports media.

The West Indies women’s cricket team consists of players from several Caribbean nations. The team, called the “Windies,” is administered and governed by Cricket West Indies. They played a three-match series against the Pakistan women’s squad this past weekend. The Windies announced on June 30 that only “fully-vaccinated” fans would be allowed into the two venues: Coolidge Cricket Ground and Sir Vivian Richards Cricket Ground in Antigua. 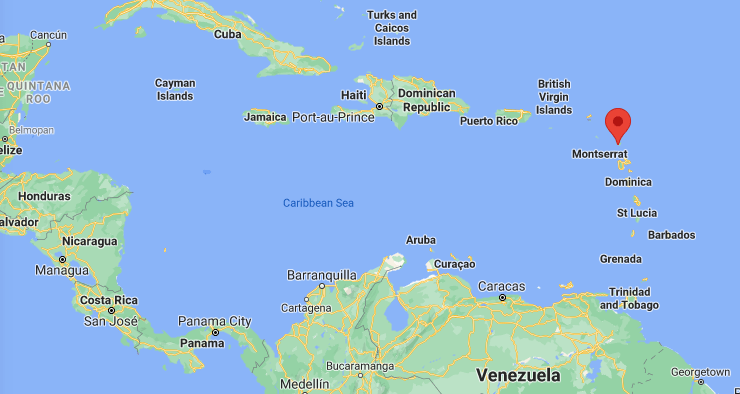 All team members and staff are also fully-vaccinated as of June 30, according to Loop News. This is the team’s first action since 2019, as COVID-19 wiped out all 2020 contests.

The game in question took place on Friday, July 2 at Coolidge. Ms. Chinelle Henry, 25, suddenly collapsed to the ground and started having convulsions in the fourth over Pakistan innings of the match. Teammates and staff rushed to her aid. She was carried off the field on a stretcher as the convulsions continued. Watch the videos below.

Play resumed as if nothing happened. Ten minutes later, Ms. Chedean Nation, 34, also collapsed to the ground. Both women were taken to a local hospital. Despite the two very disturbing incidents, the game continued. The West Indies Women won the match. Both players appeared to be fine the next day. They posted separate messages to the team’s Twitter page saying they’re ok.

Ms. Henry and Ms. Nation both played in the next match that the team also won against Pakistan. Sports media mostly glossed over the incidents and covered the match as if nothing happened.

It is unclear which experimental shots the players received. Both women are from Jamaica, which primarily uses AstraZeneca injections. AstraZeneca is also the primary injection in Antigua, along with Russia’s Sputnik V. Both are viral vector DNA injections.

Déjà vu, over and over again

Cricket isn’t an American sport, and this blogger is not pretending to understand it. Soccer is gaining in popularity in the United States, particularly among youth. But it’s still mostly ignored in the United States. Few Americans even know the basic rules of cricket. Thus nobody here is paying attention to these incidents. Same with Denmark soccer player Christian Eriksen. He collapsed on the field during a June 12 match.

We’ve covered the story of young Ethan Trejo, the 16-year-old American soccer player who collapsed and died during practice. Josh Johnson was the 16-year-old Virginia football player who suddenly collapsed and died during a fishing trip. In fact, people collapsing and dying of all ages is being conditioned by mainstream media as a normal thing in 2021.

Athletes collapsing and/or dying will not hit Americans until it happens in the NFL, NCAA, NBA or something similar. But even then, the powerful mainstream media and big tech machines will find ways to normalize and minimize the events. They’ll also deflect all attention away from the big pink syringes in the room.

These types of post-injection deaths and collapses are becoming more frequent and will continue to grow in numbers. Keep spreading truth. Stay vigilant and protect your friends and loved ones.

Clearly choosing death is more important to these women than life.

Our dna is being changed to compensate and accommodate our changing environment. (That we’ve consciously messed up) When The COVID Blog editor started experiencing symptoms from being exposed to spike proteins he sought NATURAL remedies (pine needles tea,) If you’re not willing to do the own research then the concept of survival of the fittest will not apply to you.

I wonder how many athletes could die at the Olympics? Nostradamus mentioned ‘the games of slaughter’ ‘not far from the great millennial age’ in Century X, Quatrain 74, for what it’s worth.

Lets see what happens with the upcoming NFL season.

I wonder what we’ll see at the Boston Marathon.