UPDATED April 15, 2021 – We strive to be as transparent as possible at The COVID Blog. So we’d like our readers and subscribers to know what goes on behind the scenes. 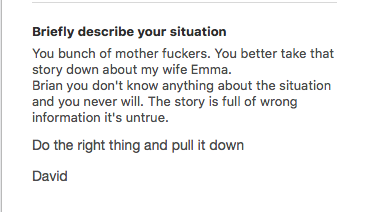 David has since privatized his Facebook account so you can no longer see all of his posts. But he asserts that the story is “full of wrong information.” The story is his own words and information voluntarily and publicly posted on Facebook. If the story is inaccurate, then Mr. Tandy is essentially admitting being a serial liar and/or fabricating his entire life and marriage for social media attention.

It’s all very sad. This man is understandably angry and hurt. But his anger is directed at the wrong person, at the wrong entity. Our empathy and genuine concern is met with hate and vitriol. It is what it is.

We wish Mr. Tandy and his sons well, and hope he finds peace somehow, someway.

WOLVERHAMPTON, WEST MIDLANDS — David and Emma Tandy would have celebrated their 10-year wedding anniversary on July 30. That is no longer possible due to the ongoing crimes against humanity by AstraZeneca.

Mrs. Tandy received the experimental AstraZeneca (now called Vaxzevria) viral vector shot on or around February 20, according to an update she posted on Facebook. 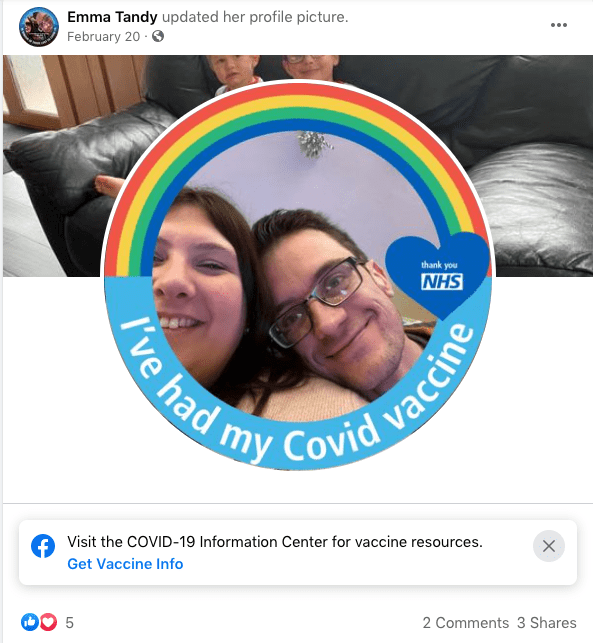 It appears she had no immediate side effects and kept trucking along in life. David wished her a happy Mother’s Day on March 14. Emma updated her profile photo again on March 19. It included one of the couple’s two young sons. Her last public update was on March 23 when she posted a profile photo recognizing UK National Day of Reflection for those lost to COVID-19.

Mr. Tandy posted the first of what is now an ongoing, heartbreaking series of public Facebook updates on April 7. He announced that his beloved wife passed away.

His update the following day not only clarified his position on experimental shots, but also shows a devastated husband and father who is having an extremely difficult time dealing with the sudden death of his wife.

Mr. Tandy gave the politically-correct answer in that he is “waiting for the autopsy.” But we all know what that autopsy is going to say. Stated better, we know exactly what it is NOT going to say. Mrs. Tandy was around 30 years old. We could not confirm her exact age from any internet sources. David is now only left to raise his two young sons, Jack and Noah, by himself, but also must explain to them why mommy isn’t coming home.

Our thoughts and prayers are with Mr. Tandy and the boys.

Will AstraZeneca ever be held accountable?

The COVID Blog went online in early January. We’ve written close to 100 stories since then. This one was extremely difficult to write. A family was destroyed because of this global psychological manipulation campaign. People truly believe they are doing good, doing the right thing, by getting injected with experimental viral vector and mRNA shots. Many still don’t see the light after events like this.

The United States specifically protects these big pharmaceutical companies from liability. Britain has similar protections for experimental drug makers. But the goal of big pharma is presenting this well-framed “choice” for the public. Even without the statutory protections, it is extremely difficult/impossible to hold someone else accountable for a choice you make. It’s clever and evil, all at once. All you can do is stay vigilant and try to protect your friends and loved ones.

The President of the Republic of Korea received a fake vaccine.

Vaccines deaths will escalate. This is similar to the Nazi T4 plan implemented using the medical doctors and such to eliminate the undesirables. Fast forward 80 years, history repeats itself.

People were saying, “it’s only old people dying after vaxx, and they were going to die, anyway.” I explained, this is why they gave it to old folk, first; so when they died, younger folk would say, “it’s because they were old and feeble.”
But, now they are giving it to younger people, and now, younger people are dying. Still, these idiots cannot see the connection. When a young person, with no physical problems or illness, dies following vaccine, the vaccine is the only factor in said death. Yet, these people don’t get it.
I have a client coming over, right now. She, and her husband, had the J&J vaxx, last week. He’s having terrible bowel issues (I would say blood clot, most likely, in the bowel..) and is hospitalized, while, “medicine”, has no clue what’s happening to him. Either way, it’s not the vaxx, right?
Yeesh.
They will go to their graves swearing it has nothing to do with this terrible shot.

They will when massive death hits the vaccine crowd….

Are there any standard “dead virus” covid vaccines? I’ve seen it asserted that nobody has isolated the covid virus, which is extremely suspicious if true.

As far as nobody isolating the virus, that premise came from a CDC document, page 39.

Since no quantified virus isolates of the 2019-nCoV are currently available, assays designed for detection of the 2019-nCoV RNA were tested with characterized stocks of in vitro transcribed full length RNA (N gene; GenBank accession: MN908947.2) of known titer (RNA copies/µL) spiked into a diluent consisting of a suspension of human A549 cells and viral transport medium (VTM) to mimic clinical specimen.

It is hard to admit one’s own mistake. Her husband sounds remorseful & angry. It must pain him to read your report (which probably reminds him of “what if …”) He needs to feel he did the right thing & not guilty. so you become the scapegoat, the “bad guy”. i hope he can find some help.