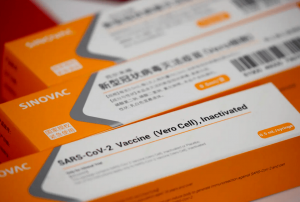 METEPEC, HIDALGO, MEXICO — Mrs. María Solís Godínez is dead after being injected with an experimental shot meant to fight off COVID-19.

She, her daughter, and husband arrived at a vaccine module in Metepec on March 10 at 11:30 a.m., according to Milenio Televisión in Mexico. Mrs. Solís Godínez received the Coronavac shot after a short wait. She immediately felt weak and light-headed. Mrs. Solís Godínez collapsed as she walked towards a restroom, according to the report. Parademics took her to nearby IMSS Wellness Hospital. She was dead on arrival. Family members said the entire incident happened in 15 minutes.

Coronavac is fully approved for general use in China. It has emergency use authorization in several South American and Asian countries, along with Mexico, Turkey, Tunisia, South Africa and Zimbabwe. Coronavac is similar to the Covaxin shot developed by India-based Bharat Biotech, and the BBIBP-CorV shot by China-based Sinopharm. Despite the “traditional” methodologies, Coronavac is an experimental drug just like all the other COVID-19 shots.

Omar Fayad, governor of Hidalgo, said via Twitter that he requested an investigation. The family asked authorities to release the body to them. But authorities declined, saying it would be a biological risk. Another Mexican media outlet reported that the autopsy is already done. Hugo López-Gatell, undersecretary of prevention and health promotion at the Mexican Secretariat of Health, said the death and vaccine will not be linked.

One report says Mrs. Solís Godínez died in 15 minutes. Another says 40 minutes. It is alarming either way. Mexico has authorized at least five experimental shots for emergency use, including Pfizer, AstraZeneca and the Russian Sputnik V. Over four million Mexican citizens have already received the first and/or second doses of one of the shots.

Vaccinated at 11:30am, dead in 15 minutes (75 YO Mexican woman) | Rangitikei Environmental Health Watch