Mrs. Julieta Raquel Dumón received the shot on March 15. A photo of Mrs. Dumón, also called Julieta Dumón De Majul, was posted on Facebook by her son Alejandro Majul on that day. 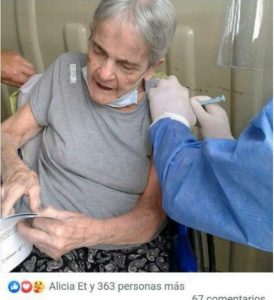 It is unclear which shot Mrs. Dumón received. But as of February 21, Argentina had 1.2 million doses of the Russian Sputnik V viral vector shots. It also had 580,000 doses of the Oxford-AstraZeneca shots. Argentina authorized the China-made Sinopharm inactivated virus shots on February 21. The latter, along with the Sinovac and Bharat Biotech (Covaxin) shots, are the closest things to “traditional” vaccines for COVID-19. However, all of them are experimental and still in clinical trials. Mrs. Dumón most likely received the Sputnik V shot, as it has been the most readily-available in Argentina since January. 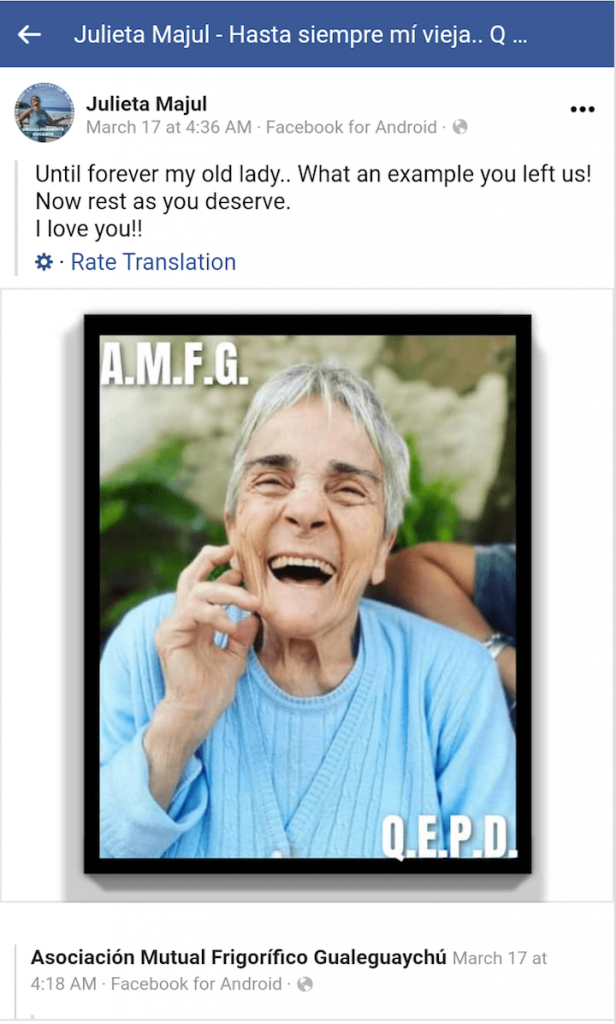 Her death was also announced on El Argentino.

Note that the “VDA” in her name is an abbreviation for viuda, meaning widow.