EVANSVILLE, INDIANA — Mrs. Haley Link Brinkmeyer received her Ph.D from the University of Evansville in 2018. She married her high school sweetheart, Evan, right around the same time. Haley is now dead because mainstream and social media convinced her that experimental mRNA shots are safe and necessary for the common good.

Mrs. Brinkmeyer received an mRNA shot on or around Tuesday, January 19. It is unclear whether it was the Pfizer/BioNTech or Moderna shot. She died two days later, according to her mother, Shauna O’Neill Link. Mrs. Brinkmeyer’s sudden death shocked everyone in her family, and left her young husband with a void that is unlikely to ever be filled. A heartbroken Shauna did not mince words about her daughter’s death. 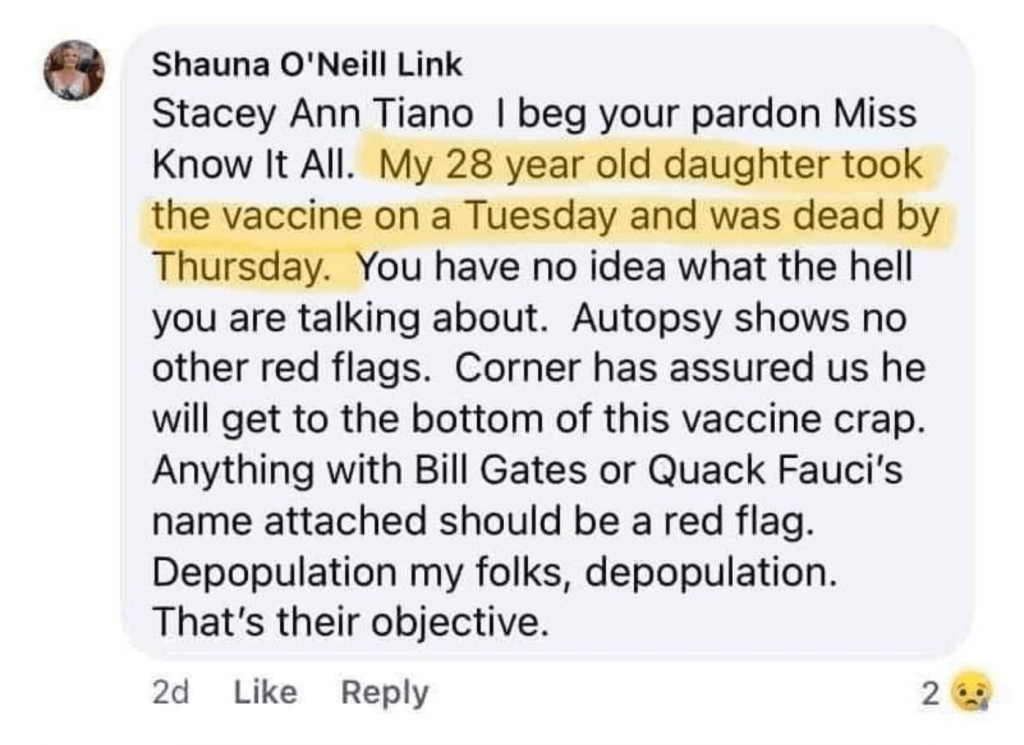 Mrs. Brinkmeyer was a physical therapist at North River Health Campus, a senior living community in Evansville. The facility posted photos and a message about “COVID vaccines” on January 20, around the same time Mrs. Brinkmeyer got the shot. 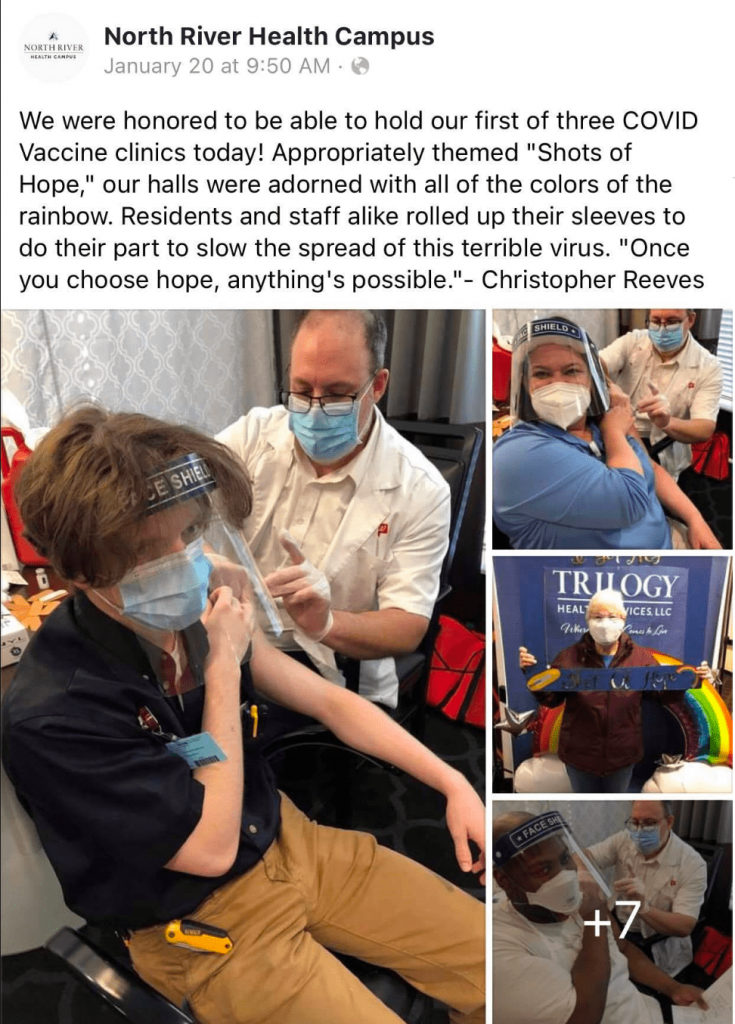 Mrs. Brinkmeyer was a St. Louis Cardinals (baseball) fan. She played three sports in high school and was an AOII sorority member. Mrs. Brinkmeyer’s death was last month. But it is very important to chronicle all of these deaths, particularly someone so young. Ms. Sara Stickles was also 28 years old when she died days after the Pfizer mRNA shot earlier this month.

Mainstream media and big tech have completely censored virtually every story of mRNA adverse effects and deaths. Everyone reading this blog has the responsibility to inform and educate their loved about these mRNA shots.

There is nothing more anxiety producing currently than the COVID scandal! They’re pushing the synthetic pathogen bioweapon without warning people of the very legitimate dangers like it’s people’s civic duty to put yourself at unnecessary risk of death, miscarriage ( the pathogen attacks the placenta) anaphelactic shock, heart attacks, strokes , sterility , paralysis and debilitating neurological damage!
There is a Nuremberg Tribunal put together presently about the COVID scandal because it violates the Nuremberg Code against cruel experimental medical tyranny , like Nazi Joseph Mengele performed on prisoners!
I have 3 FB accounts suspended for posting warnings about the FRANKENSHOT!
How can people make INFORMED DECISIONS when they keep suppressing crucial information ? I am so frustrated I am driven to tears!

I’m in Facebook jail because I posted a true story about the Utah surgical nurse.

My wife is a teacher and feels compelled to get the COVID vaccine to continue in-classroom instruction. This article and others will help, but her appointment for the first shot is tomorrow (March 3). HELP!

Just saw this. How did she do? I hope all is ok.

She is OK. Some arm soreness, but so far so good. Thanks for your concern.

Negative effects can occur up to 18 months post-vax. A friend who teaches took it several weeks ago and hasn’t felt well since, stated she couldn’t move for two days after…extremely lethargic. Time will tell.

Can you cite the above?

I wish you could have talked her out of it. I am 53 and a teacher. We have had a normal school year with no masks. In October my town was all over the news … percentage wise, we were the worst town with Covid in the whole nation (we have a college in my town too.) I took high doses of vitamin D, C, and zinc and kept on teaching. I got Covid as did the majority of my faculty. No one died. I got sick like the flu. Two of my fellow teachers were in their mid 60’s and got through it. The worst person in the district was my husband … he survived too. Pretty sure my town has herd immunity now. I don’t think an experimental vaccine is needed for something that is over 97% survivable. All our school kids and their parents have been fine. No deaths. I wish the best for your wife and hope this vaccine is better than we think.

people do sign and reshare widely an online petition.no to mandatory vaccination for corona virus links lifepetitions.com lifesitenews.com and on fakebook..its a worldwide petition it can be signed and reshared from ANYcountry in the world..it currently has over 941000 signatures a million is within sight

The saddest part of all this is that a healthy 28 year old could have gotten through covid without much of an issue. Survival rate for that age is something like 99.999%

But the agenda is to kill us all off, not survive the China virus.

My husband, (68) and myself, (61) both got the covid virus. It was awful!! And yes, it really did kicked our butts for 10 plus days! We both have underlying issues and we both survived it. Neither one of us are getting this Shot!! What really infuriates me is that my son’s employer has made it mandatory, so he has received his first shot, (with no issues). I just pray to GOD that his 2nd one doesn’t either!! This violates his/our constitutional rights!!! How dare his company make it mandatory or he loses his job!!! He’s been with the company for many yrs and is not ready to leave because of the current state this administration has gotten our country into!!

My heart bleeds for America, a country that gave me so many opportunities in my life and career even though I am a foreigner living outside of USA. It is very sad and I can only hope and pray.

I work in the lab. Had covid last year. I am not getting this vaccine as I already have immunity. Common sense rules are not being applied to this vaccine. There must be more behind it for them to keep pushing it.