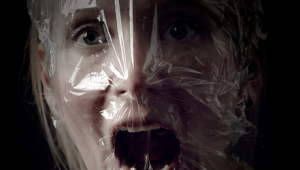 Oxygen is good. Carbon dioxide is bad. This elementary principle is taught to all schoolchildren in their first year of formal education. Now COVID and mask propaganda is changing three million years of fundamental human biology.

A new study by the National Institutes of Health (NIH) claims that re-inhaling waste air inside masks is beneficial to your health. The study claims that “facemasks strongly increase the effective humidity of inhaled air.” NIH scientists say that the waste air promotes “hydration of the respiratory epithelium.” Said hydration is beneficial to the immune system, according to NIH.

Lead author Adriaan Bax told healthing.ca that hydration of the respiratory tract is why masks lower the severity of COVID-19 disease. He said high humidity levels mitigate the symptoms.

The Occupational Safety and Health Administration (OSHA) established that the Permissible Exposure Limit to carbon dioxide (CO2) is 5,000 parts per million, or 0.5% of total air concentration. Exhaled air contains anywhere from 4% to 5% carbon dioxide. CO2 levels at 4% or higher is “immediately dangerous to life and health,” according to OSHA.

The instant study, published in the Biophysical Journal, vaguely mentions some sort of mitigation techniques when CO2 levels exceeded 6,000 ppm during breathing observations. At least two informal experiments have shown that air inside masks contains dangerously low levels of oxygen and high levels of CO2.

Vitale has since been labeled “conspiracy theorist” by mainstream media.

Lindsay Bottoms, an exercise and health physiologist at the University of Hertfordshire (U.K.), also conducted an informal study. She found that exercising at high-intensity with masks on lowered oxygen concentrations to 17%. That’s about the oxygen concentration at 5,000 feet (1,500 meters) above sea level, like in Denver, Colorado. But the dangerous conclusion was the CO2 levels. Those rose to 3% concentration. The U.K. Health and Safety Executive warns workers to avoid 3% CO2 concentrate air for longer than 15 minutes.

Even the television show “Inside Edition” performed a simple study showing hundreds of millions of bacteria that accumulate in masks within minutes.

CDC, NIH doubling down on masks

That is not a joke. The Centers for Disease Control now recommends people wear two masks to reduce the spread of COVID. Make certain to read our Truth About Masks page as well.

Facebook will not allow me to post this….They say it will cause harm…It is them that are complicit with the PEO p la Pole that are causing harm…

I worked for Oregon OSHA for 16 years as a training specialist. Oxygen levels at 12.5% or lower are considered IDLH and very hazardous. If workers entered confined spaces and the O2 level is under 19.5, OSHA rules required they immediately exit the space. OSHA is ignoring the low O2 levels when wearing masks for nothing more than politics and fear of losing their jobs.

Thank you for your proof.