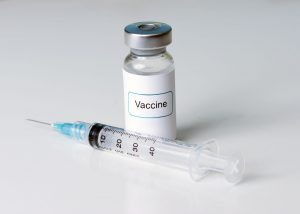 An extended care facility in the state reported the death to the Vaccine Adverse Event Reporting System (VAERS).  The man worked at the facility and was likely required to get the mRNA shots. His name was not provided in the report.

He received his second shot on Tuesday, January 12 at 2 p.m., according to the report. The man came into work that morning “in good health” and “with no complaints.” He waited for the required 15 minutes after the shot in the administration area. The man said he felt fine and returned to work. He was found unresponsive within one hour of returning to work, according to the report.

Emergency medical workers were called immediately. They worked on him 30 minutes in the field, then 30 minutes upon arrival at the emergency room. He was placed on life support; but it was already too late. He was deemed brain dead on January 14. He pronounced dead less than 90 minutes later. No further details are available.

VAERS is co-sponsored by the Centers for Disease Control and Prevention (CDC) and the Food and Drug Administration (FDA). Victims and their places of employment are confidential.

Any updates on this man?