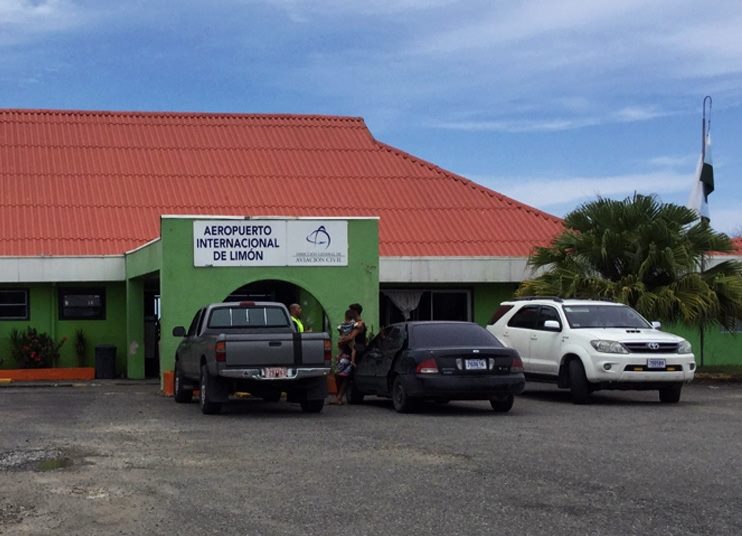 LIMÓN, COSTA RICA — Automatic Dependent Surveillance–Broadcast (ADS-B) data. FlightRadar24. The Aviation Safety Network. FlightWare. Pitot tubes. All of the foregoing terms were unknown and foreign to this blogger prior to mid-2021. But it’s essential to have a basic understanding of airplanes and all things related during The Great Reset. That’s particularly the case due to the naked eye, observational hypothesis, positing a statistically-significant uptick in small aircraft fatalities.

Small, private planes have always been a relatively risky mode of transportation. The Federal Aviation Administration (“FAA”) estimated in 2018 that three small planes crash everyday. Meanwhile the last fatal commercial jet crash in the U.S. was in 2009. There is no confirmation bias at The COVID Blog™. The goal is always truth. But that objective is difficult to accomplish when both the government and mainstream media work together to coverup and manipulate the truth herein.

Official FAA and National Transportation Safety Board (“NTSB”) accident data are typically a year behind. We won’t know official 2022 numbers until late 2023. Further, the federal government will never admit a plane crash was a #vaxxident. The pilot could receive an mRNA injection right before takeoff; and the cockpit voice recorder could capture the pilot with slurred speech before losing consciousness (a thud onto the yoke) and crashing. The federal government would still deny the injections had anything to do with it in that scenario.

Educated, non-biased speculation is the ad interim methodology here, utilizing all available data. For instance, two sources (one data scientist and one air traffic controller) told The COVID Blog™ that they’ve noticed statistically-significant increases in Squawk 7700 (“mayday”) transmissions in 2022. But that’s still not enough to definitively conclude an uptick in small plane fatalities.

Our educated speculation in the Whidbey Island, Washington plane crash on September 4 was either prophetic or just well-executed deductive reasoning. Note that all of the 10 victims bodies, including the pilot, were recovered, along with the majority of the aircraft, by September 30. We loosely hypothesized that the plane and bodies would not be found, or that the FAA would blame the crash on a horizontal stabilizer jack-screw failure.

A prior similar incident, as pointed out in the Whidbey article, was much different. A pilot safely landed a DHC-3 float plane with a failed horizontal stabilizer jackscrew on June 20, 1989. In fact he landed the plane with nary a scratch on it. Again, these plane were built to land on water in normal or otherwise circumstances.

That all said, we’re close to 90% positive that the high-profile plane crash off the coast of Costa Rica a couple weeks ago, was a #vaxxident.

Costa Rica authorities called off the 11-day search for anymore wreckage and bodies on Tuesday, November 1. The small private jet was carrying six people, including the pilot, when it crashed into the Caribbean Sea on October 21. The flight originated at the Palenque International Airport in Mexico, en route to Limón, Costa Rica.

The six people onboard were Mr. Rainer Schaller (53), his girlfriend Christiane Schikorsky (44), and their kids Finja Schikorsky (5) and Aaron Schaller (6). All of them resided in Berlin, Germany. Mr. Marcus Kurreck (40), also from Germany, was also aboard the plane. 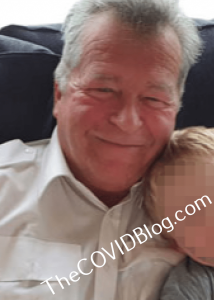 The pilot was 66-year-old Rolf Lips (pictured above) of Leytron, Valais, Switzerland. He was highly experienced, and apparently Mr. Schaller’s handpicked pilot. Mr. Lips was also co-owner with his daughter of a winery called Cave Lips. For what it’s worth, Switzerland required vaccine passports for bars, restaurants, indoor public spaces, and gyms from September 2021 to the spring 2022.

Costa Rica recovered two bodies (one child, one adult), some luggage, and a few airplane parts on October 23, two days after the crash. It was located 28 miles off the coast of Limon. The bodies still have not been publicly identified.

No more wreckage or bodies were found before the search was called off earlier this week.

Mr. Schaller was best known as the founder of RSG Group, which owns McFit, the largest fitness chain in Germany. McFit also has location in four other E.U. countries. Mr. Schaller purchased Texas-based Gold’s Gym for $100 million in 2020 after the company filed for bankruptcy during the COVID lockdowns. His net worth was reportedly $250 million at the time of his death.

The plane, the crash and the analysis

The plane involved in the crash was an Italian-made Piaggio P-180 Avanti II.

It was first introduced in 1986. The Avanti had never been involved in a fatal plane crash until the Costa Rica incident, according to the Aviation Safety Network. It’s powered by two turboprop (turbine) engines. There have been 246 Avantis produced, with 213 of them in service as of 2020.

The plane departed Palenque International Airport in Mexico around 5:24 p.m. Eastern time. The estimated arrival time in Limón was 7:55 p.m. 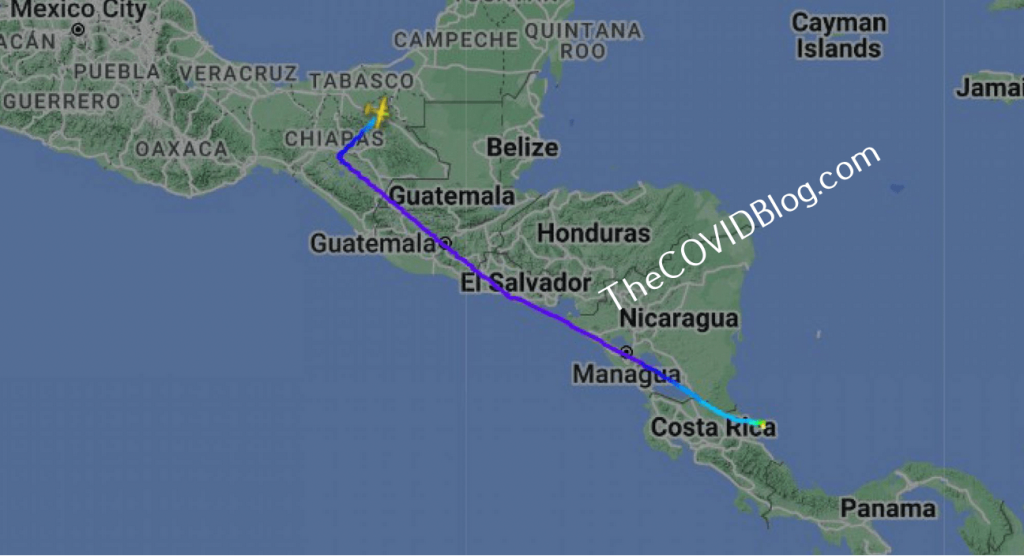 If you zoom in to the last 90 seconds that the plane was in the air (far right of the above chart), you see that it plunged from 3,150 feet, to 725 feet in less than 45 seconds. But someone in the plane tried to pull the yoke back with as much force as possible, and got the aircraft back up to 1,175 feet in the next 20 seconds. 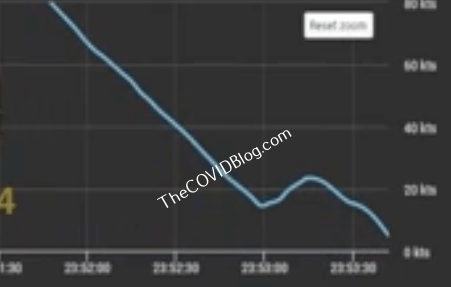 But ultimately the plane was going way too fast. It dropped the final 1,175 feet, still cruising at 270-plus mph, in a matter of a few seconds. The plane disappeared from radar at 7:53 p.m. No mayday call was reported before the crash.

There will be no official cause of the crash because the plane was lost at sea. All we, the Costa Rica and German authorities can do is guess what happened. There are two main reasons why this blogger feels an incapacitated pilot was the cause of this crash.

The COVID Blog™ has two reliable pilot sources to consult when writing stories like this. One of them said that the wing configuration of the plane is one of the main reasons why the Piaggio P-180 Avanti is so safe. Said configuration provides a margin of error, if you will, in the event of mechanical failure or pilot errors. Further, the plane was descending at about 4,000 feet per minute maximum in the final minutes. That’s fast, but not above the maximum specs for the aircraft. That means the engines were very likely still running when the plane crashed.

Mr. Schaller was quite wealthy. He’d flown on planes like this many times, and observed basic pilot actions. It appears the pilot lost consciousness completely or became incapacitated in some way 2-3 minutes before impact. The two other men removed Mr. Lips from the captain’s seat as quickly as possible. One or both pulled the yoke with all their might, forcing the plane to climb a few hundred feet in a few seconds. But ultimately the two of them were not pilots, and the plane was simply going way too fast too close to the water for them to have a chance.

We’ll never know what happened. It looks like the people aboard the plane fought for their lives until the end in a very harrowing situation. As fast as the plane hit the water, there wasn’t going to be a whole lot left in one piece for the search parties. But once again, this is a lesson for everyone, vaxxed or otherwise. Do not get on airplanes during The Great Reset, particularly ones flown by a single pilot, unless you are 100% certain that the pilot is non-vaxxed. It’s a new world with new survival rules. Adapt or needlessly perish.

What a horrible way to go. Terrifying! The poor children 😢

Gold’s Gym: ”In compliance with the Public Health Order for Vaccine Passports, customers of non-essential businesses will be required to show proof of FULL vaccination status (two doses of vaccine) along with a government issued photo ID. All patrons entering the facility must show proof of vaccination before being granted access into our facilitie”
Also they required masks (if not activelly working out) and checked temperature and put a code of conduit so that anyone that was exposed to covid should announce the Gym!!!
Is public in their page, just google ”Gold Gym vaccine”.

Also they are activelly into ”climate Change” agenda, using hastags such as #worldenvironmentday #gogreen #climatechange #pollution

So they forced employees to get the vaccine and for sure wanted only a vaccinated pilot so what can I say? Karma it a b…h and bite you in that spot.
Sorry for the children, but unfurtonatelly when there are negative energies too much of them, to much suffering towards you, this happens.
That men was with climate change etc while he went non stop in private planes. It was his choice, but I cannot stop noticing that it is happening as many said: things happens faster so the suffering of others you hurt (some say curses but most people dont do it, yet they transmit their pain and that is manifesting. Before, it took maybe generations, now it happens very fast as things accelerated and nothing can be hidden anymore.

“Adapt or needlessly perish” …..So true in these times. Thanks again for your excellent coverage. How you marshall on to do this, is amazing.

damn it, that would have been horrific to experience. as a mother it terrifies me to imagine being in a position to not be able to protect my child, even if she is 21. those poor babes.

I know zero about flying or any type of air contraption but what I have read here sheds alot of light and that I’m glad I choose to stay grounded.

Brother, you don’t know how much I appreciate you and your peers. Thank you all so much.

I’m hearing that these rich jet-setters are now insisting their pilots not be vaccinated. Guess there are people who can still put two and two together.

Well, a takeaway would be, stay away from jabbed pilots, or drivers with extra demon DNA in their veins. Never know when it’s gonna reject them. Literally the kill shot. Sad, had their whole wealthy lives ahead of them.

As I said to a friend today, everyone who has had an injection should be banned from flying and driving. For good.

Hello Brian,
I am absolutely amazed with your articles. Been following your blog for some time and give thanks to God that there are people like you in this world.Keep up the great work and may He richly bless you for being committed to the truth .

I live in Whidbey Island where the plane crash was and went to high school with one of the victims. Do you know the Seattle Times reports there was no flight recorder on the plane….what a big fat lie.