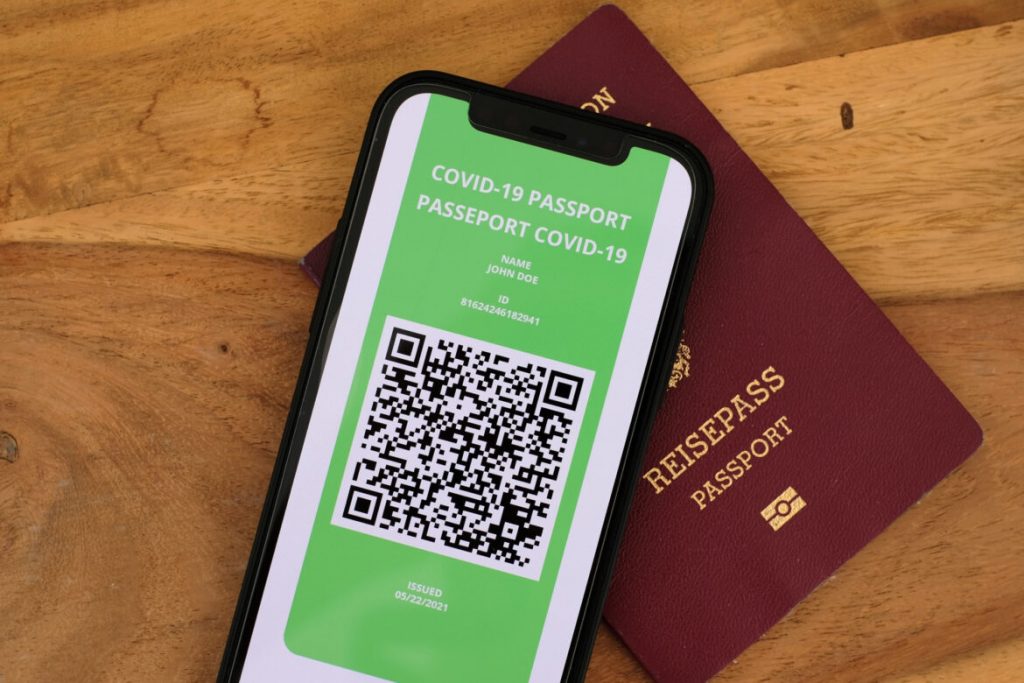 MADRID — We’ve been asked the same question numerous times. Why are so many athletes having heart attacks and dying everywhere except the United States?

The only speculative answer forwarded here is that NBA, NFL and other high-priced American athletes received placebo shots to obtain their “vaccine cards.” Some may have also paid their personal or team doctors for the cards, since there is no government database in the United States like there is in other countries. Now those suspicions are looking more realistic based on reports in both Spain and the United States.

Spanish actress Verónica Echegui was the first big-name domino to fall in what is called Operation Jenner. The 38-year-old, three-time Goya Award nominee was the subject of an investigation this past February. She and fellow actor Álex García, 40, were named among 600 people who purchased fake COVID-19 passports for upwards of €1,000. 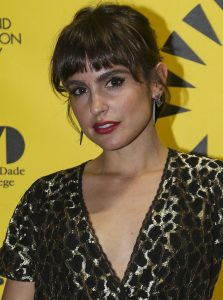 Spanish National Police arrested seven people in January in connection with the plot. Four more were arrested in February, including a Madrid nurse who had access to the national vaccine registry.  The ringleader of the plot was arrested in April. Ms. Echegui and Mr. García have so far faced no charges. But that may change as the investigation heats up further.

El Periódico de Catalunya reported late last month that police now have 2,200 names of people who purchased fake COVID-19 vaccine passports. Some of these individuals paid up to €200,000 for the passport, according to reports. The fee amount was determined based on how much each individual was worth. The biggest name from the most recent list is Dr. Jose Maria Fernandez Sousa-Faro, founder and president of pharmaceutical giant PharmaMar. Dr. Sousa-Faro allegedly arranged to be injected with saline, and added to the national vaccine registry.

Dr. Sousa-Faro and all others on the list will be summonsed to a court to answer questions about the plot. But it’s highly unlikely wealthy individuals like this will face any real consequences. Some of the other names uncovered include billionaire Trinitario Casanova, soccer star Bruno González Cabrera, volleyball star Fabio Díez Steinaker, and rappers Anier and Jarfaiter.

Granted there is currently no formal investigation in the United States. But Dr. Paul Alexander, the former COVID-19 advisor for the Trump Administration, might spur one. He reported in a Substack article that several senior U.S. doctors and hospital CEOs told him that they received or were offered fake vaccine cards in lieu of the actual shots. Dr. Alexander alleges that said individuals were too valuable to their respective institutions to lose. Some of them refused to accept the fake vaccine cards and instead wanted proper religious exemptions.

The latest update in the article says that Dr. Alexander has been in contact with Senator Ron Johnson, R-Wisconsin. He wants to arrange a similar townhall-type meeting for doctors like Senator Johnson provided for people injured by the injections. The doctors are apparently ready to come forward and tell their stories. But many still fear repercussions such as losing their jobs or worse.

Thus far nothing has been announced as to Senator Johnson providing a platform for these doctors.

We knew it all along

There are countless videos out there, some more egregious than others, of politicians and other famous people receiving fake vaccines on camera. Israeli politician Beni Ben Muvchar is perhaps the most intelligence-insulting.

Pfizer-owned Reuters “fact checked” the video, with a word salad suggesting that the video was a “re-creation” from when he got his actual shot. And even if that were the case, the chances of Muvchar receiving the real injection is slim to none.

The so-called elites and rich people are still humans for the most part. Some of them are just as susceptible to psychological manipulation as the average, broke wage slave. We know Kathy Griffin, Celine Dion, Chelsea Handler, Bob Saget, etc. received real injections because they are suffering (or suffered) the same adverse effects as average Joe’s and Jane’s. The foregoing individuals likely walked into a CVS, Walgreens or Walmart, and got their shots. They fell for the propaganda or faced the jab or job decision just like 70%-plus of America.

RELATED: Fully-vaccinated Hollywood celebrities wondering why they are suddenly getting COVID-19, cancer and worse (August 12, 2021)

We know people like Bill Gates, Albert Bourla, Anthony Fauci, etc. did not receive real injections because they know the injections kill and maim. But for many Hollywood and famous types, being an “anti-vaxxer” is career suicide. And few are willing to give up their status by refusing to go along with the program. Wendy Williams refused the injections at first. But she ultimately had to choose between receiving the injections or keeping her cushy New York-based talk show. Now she’s reportedly paralyzed and suffering from dementia.

This isn’t Europe. All you need in the United States is that silly white vaccine card to prove you’ve been injected. They’re not hard to fake. Two New York nurses were arrested in January for selling fake vaccine cards for $200 each for adults. Investigators said the women made over $1.5 million in just three months selling the cards. It’s safe to say that millions of Americans have vaccine cards, but never received the shots. In fact 6% of American adults know someone with a fake vaccine card.

What’s happened in Spain is also happening here. But don’t expect any large-scale investigations or mea culpas. Tom Brady, Lebron James, etc. are likely still pure bloods, if you will, as are probably a vast majority of NBA and NFL players and their families. There’s just too much for them to lose to publicly say anything against the injections. Any and all rich and famous people still alive in two years received placebos or no shots at all. It’s as simple as that.

Depending on demand, The COVID Blog™ book (title still pending) will be available in English, French, German, and Spanish. Thank you.

the god that failed

I am a spanish too. never afraid of flying virus or similar things. I had to endure discrimination to an alarming rate. making enough money so as to survive and preparing food for 4-5 years. considering the fact of getting a licence for hunting. living rural, living free my bro!

This article says it all. When the CEO of a big pharma company won’t take the shot and pays nicely for fake papers = clot shot is bad for you. Actions speak louder than words.

I, for one, am very happy and supportive of people trying to save their own lives against this nefarious evil plot against the People of the world.
That said, I would like nothing more than to have Gates, Bourla, Schwab, Fauci, Birx, Trudeau, Biden and all other pushers and enforcers of this kill shot masquerading as “medicine” receive a taste of their own.

Well, at least they named the company PharmaMar appropriately. You’d figured they could all just help eachother in the medical industry & act like they got the shot. Makes me wonder what they KNOW is in the shot (chip) – how would anyone know you did or didn’t get it? Just write the vial number, etc.

Therefore, there is a piece missing from the puzzle. Either there is one communist in charge in each location or they are afraid to lie because there may be a test to prove they never got it – 5G, etc.

I wonder if Joe Biden got saline shots, too. Remember that politicians, Supreme Court justices were exempt from the clot shot.

Absolutely he got Saline. No way would his handlers allow him to be jabbed on camera with the real toxin, especially since he is already being pumped up with amphetamines and dementia drugs all day just to function semi-normally.

He’ll get the real one when they know for sure who will replace him.

Good for all of them, except for the hypocritical ones who were still forcing others to take the shots.

Until just a few weeks ago, I was on a small sales team of 6 people, for a large Fortune 150 company which required the jab (I was the only one who refused and as a result, I was let go on May 12th). The 6 of us were spread across the country from Florida to me in CA.

Since submitting to the jab starting in 2021, ALL 5 of the others got Covid (I did not). One guy had to be hospitalized and received monoclonal antibodies to recover. One guy in his early 50s was diagnosed with a rare blood cancer which is incurable. He is now dying. Another guy in his 40s had a heart attack and is trying to recover. The sales manager in his late 50s had to have a stint put in his heart as he had been a prior heart patient who started experiencing new issues.

The injections are DANGEROUS. I support these teachers who were only trying to survive Medical Tyranny and keep their good health, and got fake cards, but I could not do that as I had no contacts here in CA and everyone here is on the vax Nazi train. I lost my job (which paid $150K) too, but I will be Pure Blood forever and will have my health while millions get sick and die around me.

PS: My old job is now posted on linked in and indeed.com and they are stating that the candidate is required to take the jab to get the job. I feel sorry for the candidate who takes this job as he/she will be forced to medical tyranny and have to work for some real jerks too.

Glad you are standing against this, Ed. I’m a former Californian who will never take this jab or any other shot, as they all suspect. In my town, one of the young salesmen for a big financial company took the shot in 2021, as required by his employer, and had a brain hemorrhage. He leaves behind his wife and infant daughter. It’s never worth it, and yet so many have been goaded into it.

I am a rebel who never trusted any government, and tend to wear my badge of “conspiracy nut” with pride, especially when my “insane theories” seem to always turn into facts.
Although my company has never actually forced us to get jabbed, they “strongly encouraged” us. I told my store manager “that’s a hard NO”, and if I’m forced to take it to keep my job, that’ll be the day I’ll quit.
I work in retail, large hardware chain, and there really is no job security of any kind for us. I am very expendable, as are many others, yet we refused to bow to the cult of Covid. We were made to work night shift for 2 years, as an “accommodation” for being mask-exempt. Personally, I am in my early 60s, and have leukemia/lymphoma, wore the stinkin’ mask for all of about 1.5 days (mandate, which I fought), and yet “look ma, no Covid!”. And, even if I actually had it, I had no symptoms, and did not take a single day off work on account of that.
My very keen interest in natural medicine/healing ensured I read and read, and read some more of anything I could find on Covid, incl. medical journals with lots of acronyms I don’t even understand but, the knowledge I gained over these past 2+ years on the subject ensures I will never allow anyone inject me with this poison. That plus two of my very fit, very health-conscious co-workers passed away “suddenly” in a matter of days after getting the jab.

Good for you for not caving! They aren’t “getting covid.” They are simply being poisoned.