ELON, NORTH CAROLINA — A 67-year-old woman resisted experimental shots until her employer and friends pressured her into getting it. She is now dead.

Ms. Sharon Beaudry received the experimental Pfizer mRNA shot on Saturday, March 13, according to her daughter-in-law, Tara McKenna-Bosse. The effects were apparently immediate. Ms. Beaudry had type-1 diabetes and was immuno-compromised.

She was uncharacteristically a no-call, no-show at work on Monday. Police performed a wellness check at her home when nobody could get a hold of her. They found her dead. 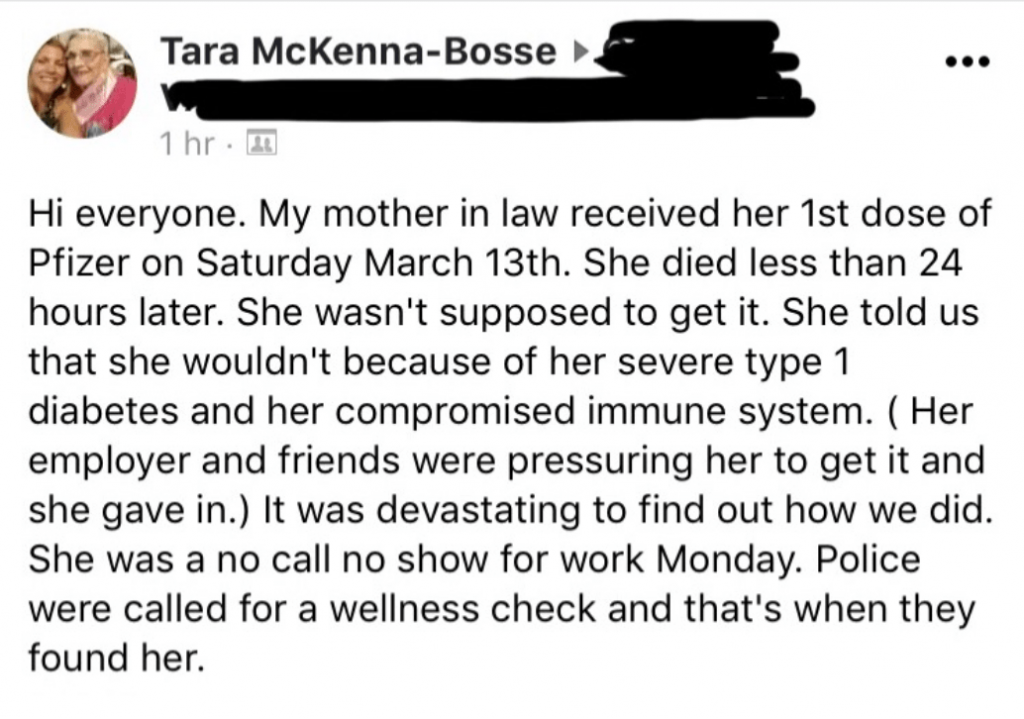 The family held a “floating Celebration of Life” in honor of Mrs. Beaudry on April 10. 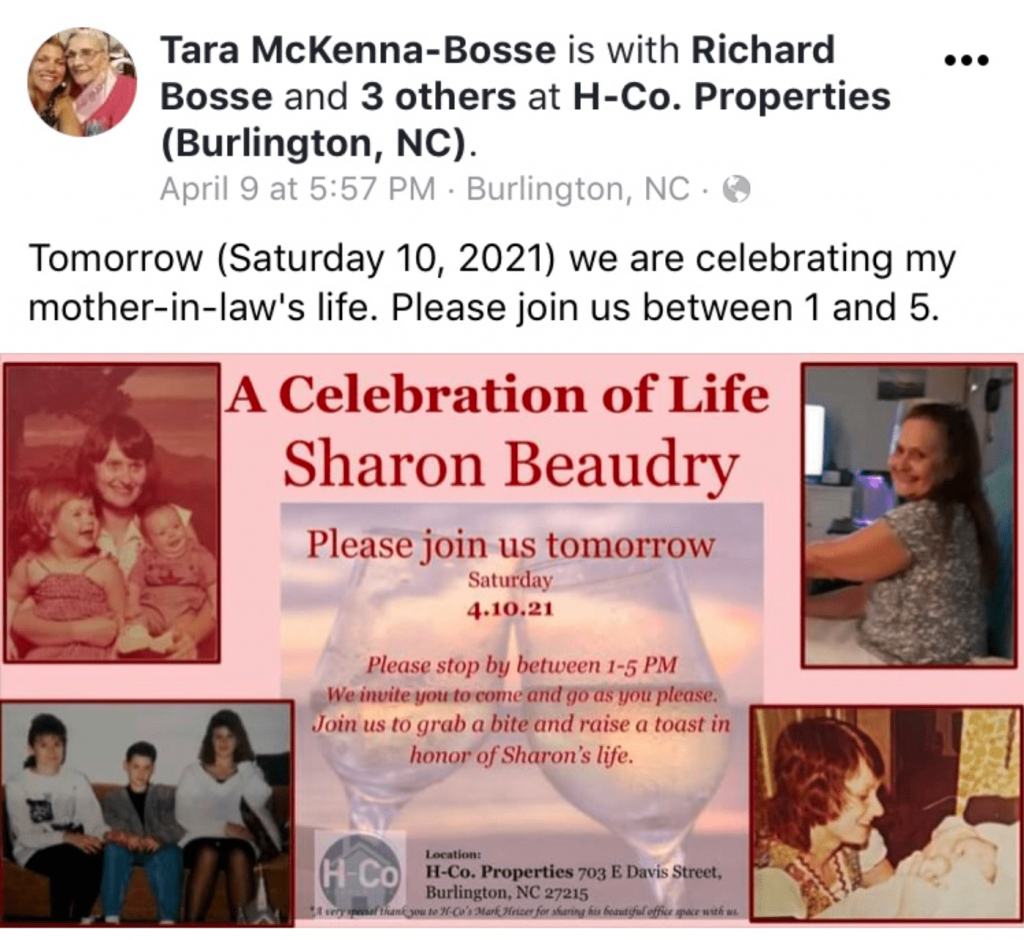 Ms. Beaudry is survived by her son Richard (and Tara) and several grandchildren.

It is unclear where Mrs. Beaudry worked. But her so-called friends, along with said employer, are responsible for her death. Pfizer is responsible as well. But we’re all well-aware that the United States gives pharmaceutical companies absolute immunity from all responsibility.

Do not listen to anyone but yourself. This global PSYOP is the most surreal and deadly experiment in human history. We live in a world of constant manipulation, subterfuge and deceit. Truth is “conspiracy theory” and “disinformation.” Lies and acquiescence are righteous. Stay vigilant, friends, and protect your loved ones.