STOCKPORT, GREATER MANCHESTER –A 35-year-old wife, mother and nurse is dead after suffering through two months of severe adverse effects.

Mrs. Rachel McKinney was one among the first recipients of experimental Pfizer mRNA shots in England. She received her first dose in late December, followed by the second in January, according to her sister, Gemma Louise Walls. Everything was fine through January. But Mrs. McKinney started having slurred speech and feeling confused in February. The family believed she had a stroke.

A 111 operator advised the family to take Rachel to Stepping Hill Hospital, according to the Manchester Evening News. Doctors diagnosed her with brain inflammation. Mrs. McKinney’s condition quickly deteriorated. She became paralyzed and lost her ability to speak. Due to COVID-19 restrictions, the family was unable to see her. All they could do is watch her cry on FaceTime.

Mrs. McKinney was transferred to Salford Royal Hospital a week later. But her condition continued to worsen. Doctors said she developed acute disseminated encephalomyelitis (ADEM). She had multiple seizures, forcing the doctors to place her in a medically-induced coma. The family saw the writing the wall in March. 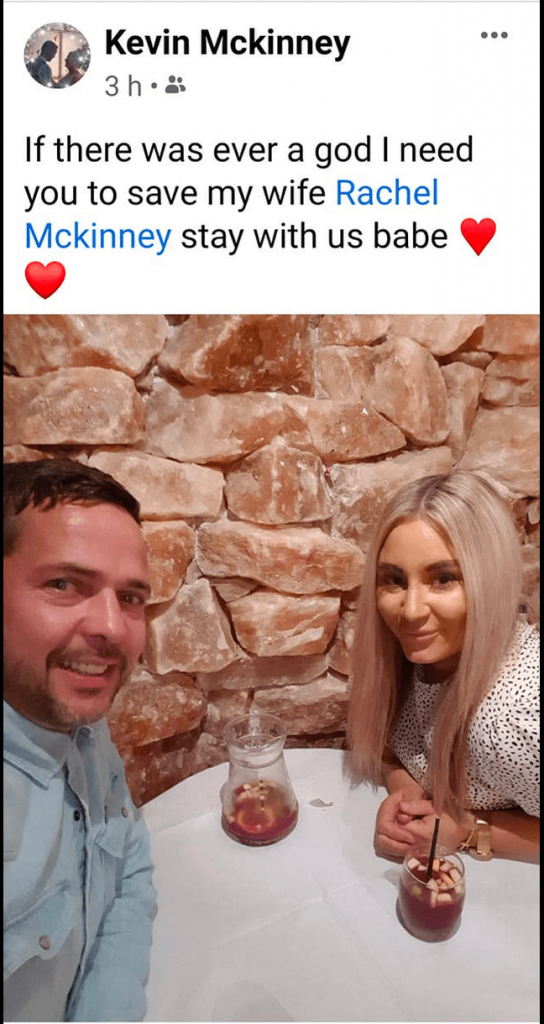 Rachel fought for several more weeks. But she passed away on April 3 after 46 days in hospitals. Doctors said Rachel somehow developed a rare form of multiple sclerosis after the shots. 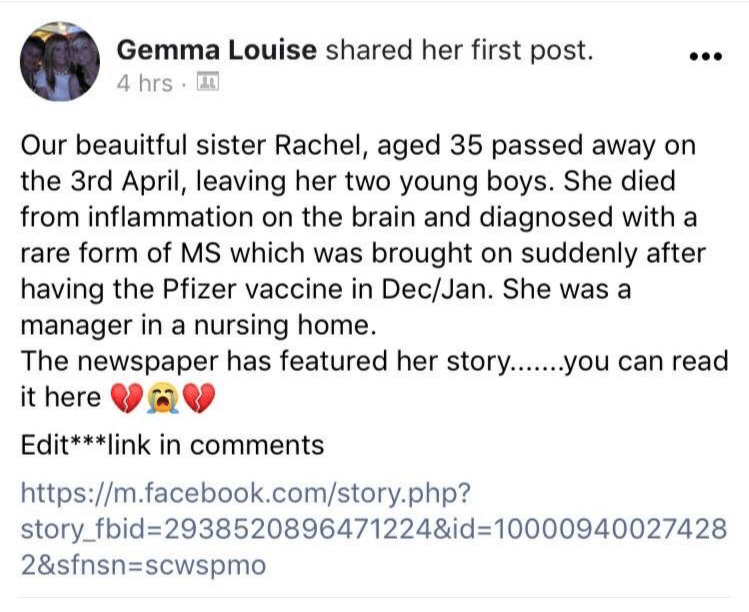 A GoFundMe is actively collecting funds in Rachel’s memory and to help her young sons and widower, Kevin.

Mrs. McKinney died about three months after the experimental Pfizer mRNA shot. Her story is similar to Joshimar Henry. He was the 27-year-old Chicago doctor who died three months after the Pfizer mRNA shot. But from all accounts, it appears Dr. Henry did not suffer any adverse effects before his sudden passing. It took about a month for Mrs. McKinney to suffer adverse effects. She fought for almost two months. But experimental gene therapy is no joke. 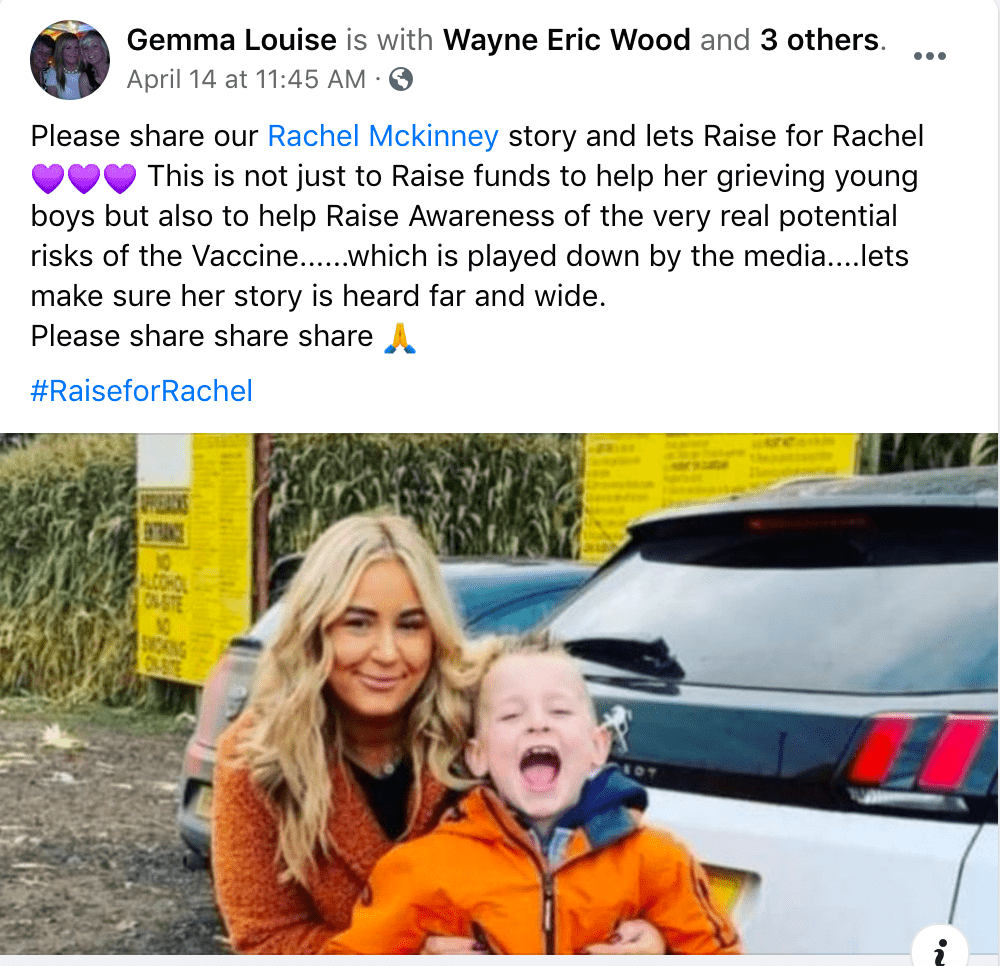 Stay vigilant and continue sharing truth with as many people as possible.