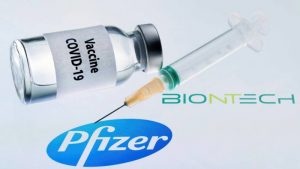 NEW DELHI — A subject matter expert committee for India’s Central Drugs Standard Control Organization (CDSCO) rejected Pfizer’s proposal for emergency use of its BNT162b shot in the country. The CDSCO is the India equivalent of the U.S. Food and Drug Administration.

The company met with regulators this past Wednesday. The CDSCO voiced concerns over severe adverse effects and deaths in the United Kingdom and United States, according to Reuters. The government also cited logistical and economic issues. The Pfizer shots require storage at -70 degree Celsius (-94 Fahrenheit) in expensive freezers. Pfizer shots also cost $19.50 per dose. The Covishield viral vector vaccine by Astra Zeneca is $3 per dose. Bharat Biotech’s Covaxin viral vector is $4 per dose. Neither use mRNA. Both are approved by Indian health authorities.

Statements by Pfizer and CDSCO

The committee issued the following statement:

The firm presented its proposal for emergency use authorisation of its Covid-19 mRNA vaccine, BNT162b, before the committee. The committee noted that incidents of palsy, anaphylaxis, and other serious adverse events (SAEs) have been reported during post marketing, and the causality of the events with the vaccine is being investigated. Further, the firm has not proposed any plan to generate safety and immunogenicity data in Indian population. After detailed deliberations, the committee has not recommended for grant of permission for emergency use in the country at this stage.

Pfizer withdrew the application on Friday. A spokesperson for the company issued the following statement:

Based on the deliberations at the meeting and our understanding of additional information that the regulator may need, the company has decided to withdraw its application at this time. Pfizer will continue to engage with the authority and re-submit its approval request with additional information as it becomes available in the near future. Pfizer remains committed to making its vaccine available for use by the government in India and to pursuing the requisite pathway for emergency use authorisation that enables the availability of this vaccine for any future deployment.”

China and India, the two most populous countries in the world, have now both rejected Pfizer mRNA shots.

[…] India  has wisely refused the emergency approval of the vaccine and several European countries now wonder if they would not better take the Russian jab. […]