Julie Marie Christensen is, among other things, the creative director of the Protective Diet Test Kitchen and a public speaker. She is a brain cancer survivor and weight loss success story who inspires others to reach their goals. The Facebook post was published on January 16. 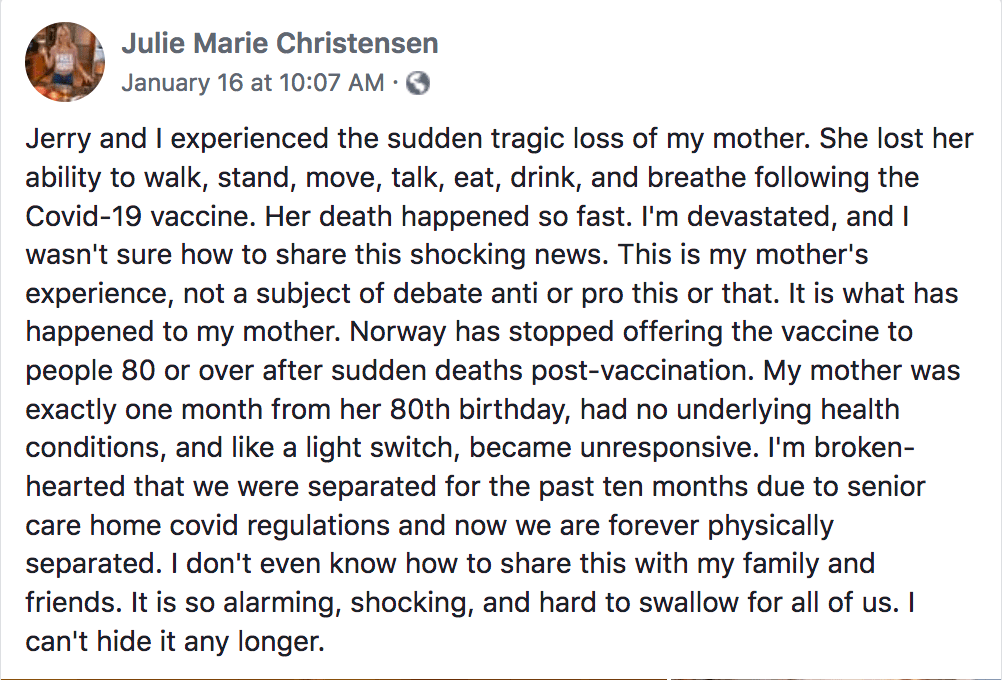 Ms. Christensen mentioned the situation in Norway that we have covered here. The Norwegian Medicines Agency reported 23 deaths related to the Pfizer BioNTech injections. More than half (13) of the victims were over age 80. But Norwegian health official said they will not be changing their policy related to the shots. At least four Israelis over the age of 70 have died after being injected. German health officials reported that at least 10 people over age 79 died after their injections.

Ms. Christensen did not mention her mother’s name, nor did she say which shot her mother received. Thus, we will not publish that information either.